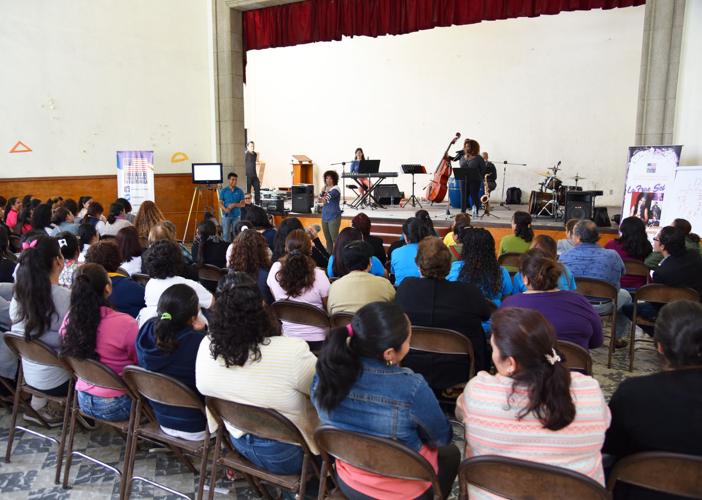 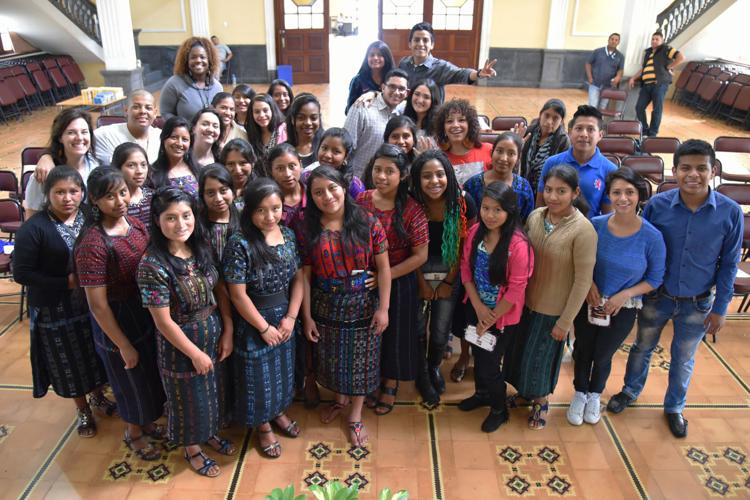 LaFrae Sci is dead set on a mission with no signs of slowing down: using music to educate and inspire people across the world.

Sci’s endeavors include conducting an orchestra in Russia, serving as a cultural ambassador for the United States State Department, starting the Willie Mae Rock Camp for Girls and founding Groove Diplomacy, a nonprofit, non-government organization.

Best described as a collective of musical educators spearheaded by Sci, Groove Diplomacy consists of several bands including her bands Sonic Black and 13th Amendment?, which create teaching units about various social issues to engage with different audiences.

Sci said music’s all-encompassing nature stirs her passion for using jazz as a way to educate others on a variety of socioeconomic issues like entrepreneurship and women’s empowerment.

“To be honest, I feel like it’s a duty to be a service to my community and the world,” Sci said.

Sci was born in Okinawa, Japan. Her father, a New York native, served in the Air Force and her mother, a dance choreographer, was from southern Georgia. Her father’s service required her family to move constantly, something she credits for her appreciation of different cultures.

Although she grew up with a musical background, Sci did not pursue music until college.

Sci was originally a political theory and economics double major at Oberlin College in Ohio, but she found herself uninterested with school. She eventually took a break from school and moved back to Dayton, Ohio, her hometown, where she found a job at Cityfolk, a now-defunct local arts programming organization. While working with Cityfolk’s jazz series, she met some well-known jazz artists, including Benny Harris, which ignited her love for the genre.

“I went back to school with a new inspiration,” Sci said, who finished her degree while also taking music composition classes through Oberlin College’s Conservatory of Music.

In 2014, Sci started Groove Diplomacy after being pushed by a mentor.

“He was aware of my level of work in terms of using music to communicate,” Sci said.

While she knew the direction she wanted to take her project, Sci said she had to figure out the business side of the music industry on her own.

“I had to ask around about the legal, financial and structural side,” Sci said. “But I knew what I wanted to do and had no doubts.”

Spencer Munson, the Jazz in June coordinator, handpicked Sci and Sonic Black to perform at the festival after being “enthralled” by their performance at Winter Jazzfest in New York City in January.

“LaFrae just had a way with words and was getting up between each song and explaining its relevance,” Munson said. “And you rarely see a bandleader who is a drummer, much less a woman.”

Munson said he hopes Sci’s message for empowerment will resonate with a diverse group of people at Jazz in June, especially Lincoln’s underserved populations.

“A lot of people feel that appreciators of jazz are inaccessible compared to other groups,” Munson said. “LaFrae breaks down the struggle of African Americans and women in the music industry to show how it’s not a high or low class art form, it’s for everybody.”

In terms of where she can take her projects, Sci said she is confident things will only get bigger.

“So far I don’t feel like there is a limit to what I can accomplish,” she said. “It feels like it’s building and building.”