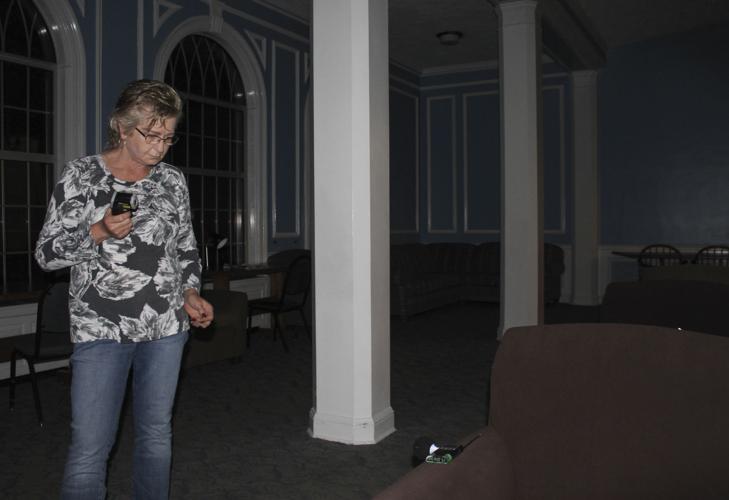 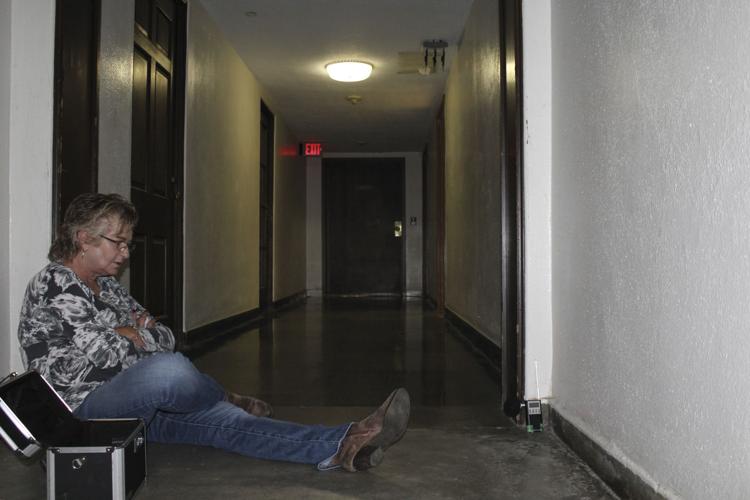 Residents and faculty members of Neihardt Residence Hall have been unnerved by flickering lights and whispering voices over the past eight decades. With a building that holds as much history as Neihardt, there is a dark past around every corner.

In 1932, Neihardt, which at that point was known as Raymond Hall, was built as a female-only dorm for the University of Nebraska-Lincoln. As years went by, the building expanded to include two new wings, increasing the capacity for on-campus living.

During the 1970s, UNL’s campus needed co-ed housing, and agreed to open contracts for men. The dormitory was then renamed after John G. Neihardt, an author who taught poetry at UNL.

According to Zoie Taylore, a senior political science major and an Honors Program Office front desk assistant, rumors have spread about the ghost of a young woman haunting the third floor of the building.

At the time, Neihardt was used as an infirmary to house people with a variety of illnesses, including the ghost many residents call Sarah. After battling influenza during a significant outbreak, she eventually died in what is now the Neihardt Honors Program office.

Some of those who reside in Neihardt believe that was not the last of her.

According to residents, she has been seen around the building, roaming the halls, whispering through the day and flickering lights — especially in the room she died in.

Before Raymond Hall was built, the plot of land was a burial site, which leads into another tale — the mysterious half of a man reportedly seen stuck in the grounds of the courtyard, walking around, half above and half below the grass. It is said, by past and present students, to be one of the disturbed bodies that were moved during the construction process, according to Taylore.

After hearing the claims, The Daily Nebraskan sent us, Haley Elder and Sabrina Broderick, to team up with Taylore and a few ghost-hunters-in-training led by renowned psychic medium Cheryl Ann Fletcher.

Fletcher, a 58-year-old ghost hunter, has worked with the supernatural since she was 11 after having a near-death experience. She said she has traveled through six out of the seven dimensions of the afterlife.

“When I effectively communicate with the afterlife, it’s like a mini black and white movie,” she said. “It’s chopped at times depending on how much I get for information. It is my job to put that together and to make sense of what they are trying to tell us.”

We attempted to begin the investigation on a Tuesday night. However, Fletcher’s car was rear-ended and towed, which postponed the hunt.

For some people, this could be seen as nothing more than poor timing, but for supernatural agnostics, like Taylore, it was a sign that something did not want us there. But, the investigation was rescheduled for that Saturday.

Upon meeting with Fletcher in a front parlor, she explained her background with 40 years of ghost hunting and her claimed ability to effectively communicate with the dead.

Before we started, Fletcher noticed she had grabbed the wrong case of ghost-hunting equipment from her home in Garland, Nebraska. And for the second time, the hunt had to be paused while she retrieved the proper supplies.

After waiting for Fletcher’s return, we met back at Neihardt in the Honors office — the room where Sarah supposedly died. Taylore let everyone see the room as Fletcher entered the front of the building and started setting up. Everyone casually conversed for a minute, before someone jokingly said “Hi, Sarah.”

A moment later, an overhead light flickered, an action many have claimed Sarah is known for. In fear of finding out she was actually with us, we shut off the lights and left the room immediately and met with Fletcher.

Once everyone was ready and the equipment was set up, Fletcher planned on heading to the basement. But before everyone could head down, Fletcher stopped and asked if she could head down a different direction. The group agreed, and Fletcher froze right in front of the Honors office.

Fletcher led us to Neihardt’s Blue TV Lounge adjacent to the office, and said she felt Sarah’s presence.

Fletcher spent most of the evening tuning in to a device that picks up radio frequencies. Fletcher said when the frequencies were cycled through backwards, the device can be used to speak with the dead.

Every few moments, there would be snippets of audio through the static that Fletcher concluded were voices. Fletcher was able to carry on a full conversation with Sarah through her EVP. She also claimed to have picked up signals from other spirits, hearing the name “George” and that he is a “piece of crap.”

Fletcher continued her investigation in a basement hallway after she no longer felt Sarah’s presence in the Blue TV Lounge.

Upon entering the basement, she said she sensed there was a man named Henry who worked at Neihardt as a janitor, and died in the basement. Although this could not be confirmed, Fletcher felt a strong presence from him.

In the basement, Fletcher set up different ploys in attempt to get the ghosts to interact with her. First, she set a battery on the ground and asked the spirits to roll it down the hall. After waiting for a while, there was no reaction from a ghost.

Next, she asked the spirits to flicker the lights. After a few minutes of no activity, Fletcher decided to call it a night.

Before leaving, Fletcher placed a battery on a door handle in the back corner of the basement that residents wouldn’t typically pass. According to Fletcher, a ghost can take time to respond, so if the battery moved, she could accept it as a response. Three days later, we came back to conclude the investigation. The battery was found laying directly under the door handle it was placed on.

This time, Fletcher had new tools to use. For the finale, she brought an REM Pod, which would be able to pick up energies passing through or around its antenna and show their strength through a spectrum of light. Fletcher also used handheld devices called K2 Meters, which picked up EMF activity and displayed it with flashing bulbs.

While setting up, Fletcher claimed she could sense spirits all around her in the courtyard. Her senses were verified when the REM Pod began to beam green when no one was around to light it up.

The REM Pod continued to light up when no one was near it. The radar never went past green, meaning the energy was never a strong force.

The investigation was almost finished when a student who claimed to be haunted by Sarah came to the courtyard.

Mackenzie Doyle, a freshman physics and mathematics double major, lives on the haunted third floor and claims to have heard Sarah since moving in in August.

Starting the week before classes, her friends were going through sorority recruitment while she spent a lot of time in her room. During the day, she heard movement and voices from the room next door, assuming it was the student who lived in the room. A few days later, she met the neighbor who was just moving in. No one had been in the room before that day.

"I have this cup next to the window that I put all my coins in it,” Doyle said. “One day, they were all just stacked in a single stack inside the cup.”

After hearing her stories of finding coins and seeing blue orbs, Fletcher sat down with Doyle and gave her a reading. Fletcher knew things about Doyle and her life that were unexplainable. She understood Doyle’s internal conflict of whether to study law, and she knew about the pearls her family bought for her graduation.

Fletcher also spoke for Sarah, passing on messages the ghost was trying to communicate. At the end of the talk, Fletcher let Doyle know that Sarah would always be with her — and never meant her any harm.

When taking on this project, we were faced with the ongoing myth: Is Neihardt actually haunted?

As we said our final goodbyes to each other and Fletcher, there was an indescribable feeling in the air. It might have been the finality of concluding a time- and energy-consuming project, or maybe it was the ghost of Sarah watching us leave the place she has been confined to for almost 100 years.

Even though we were not confronted with bone-chilling whispers or undeniable visuals, we were given reason to think, through Fletcher and Doyle, that Sarah still roams the halls.

This article was originally published in the October 2018 edition of The DN.