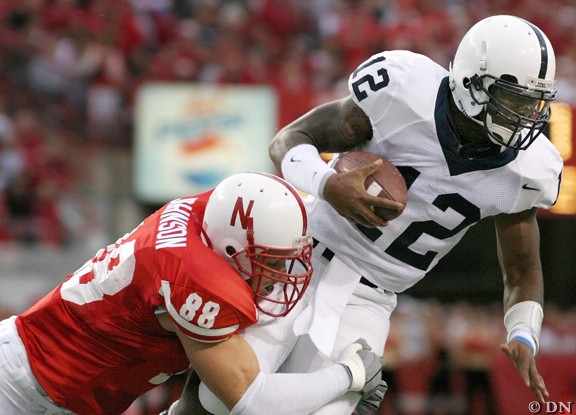 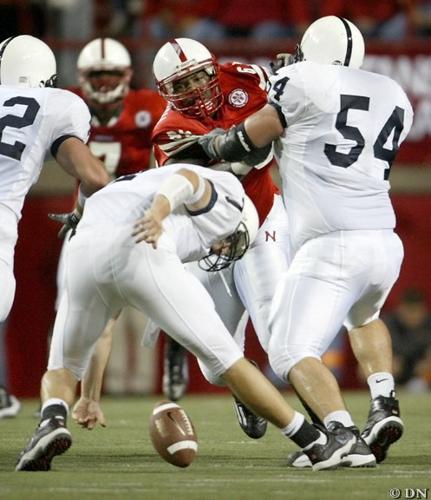 Penn State's defense had a good seat for the rebirth of Nebraska's running game in the third quarter Saturday night.

Nebraska's opening drive of the second half played out like a bad movie the Nittany Lion defense couldn't walk out of. They saw the whole thing -- all 16 plays.

After eight minutes, 12 seconds and a 3-yard Jammal Lord touchdown run, the Nittany Lion defense walked off the field tired, frustrated and down 15-10 on the road.

"Sometimes when we thought we stopped them, we looked up to the board and they still got four yards," Penn State defensive tackle Scott Paxson said. "That's really frustrating."

Nebraska's offense wasn't coy about what they were planning to do coming out of halftime. The Huskers ran the ball all 16 plays of the ensuing drive, chipping away at the Lions' defense while seizing control of the clock.

On the drive, Nebraska converted three third down situations, including a third-and-nine down on which Lord ran for 14 yards on a play that was designed to be a screen pass.

Safety Andrew Guman said the Lions couldn't contain the Husker offense when they needed to.

PSU's front four came into the game young and thin after early season injuries. Only seven healthy players on the defensive line dressed for Saturday's game.

"It's very frustrating to be on the field that long," Chisley said. "For a defense that young, and as thin as we are, it's going to wear you down."

Penn State controlled the ball for a little more than two minutes in the third quarter. After Nebraska's 16-play scoring drive, PSU ran five plays and the defense was back on the field.

Nebraska then put together a 13-play drive that lasted 7:14.

Penn State all-purpose player Michael Robinson said the defense was on the field too long.

"Our offense didn't help our defense out," Robinson said. "We kept them on the field and they controlled the clock."

"The defensive line fought their butts off," Guman said. "When we're on the field that long, it's tough for those guys. When they have those guys constantly pushing on them, it's hard to win the battle at the line."

Linebacker Gino Capone said he didn't see anything new Saturday night. He said the Lions just couldn't do anything about it.

"It is draining," Capone said. "That one drive when they scored that touchdown. That was huge. Everything they did our coaches showed us. We couldn't stop it."