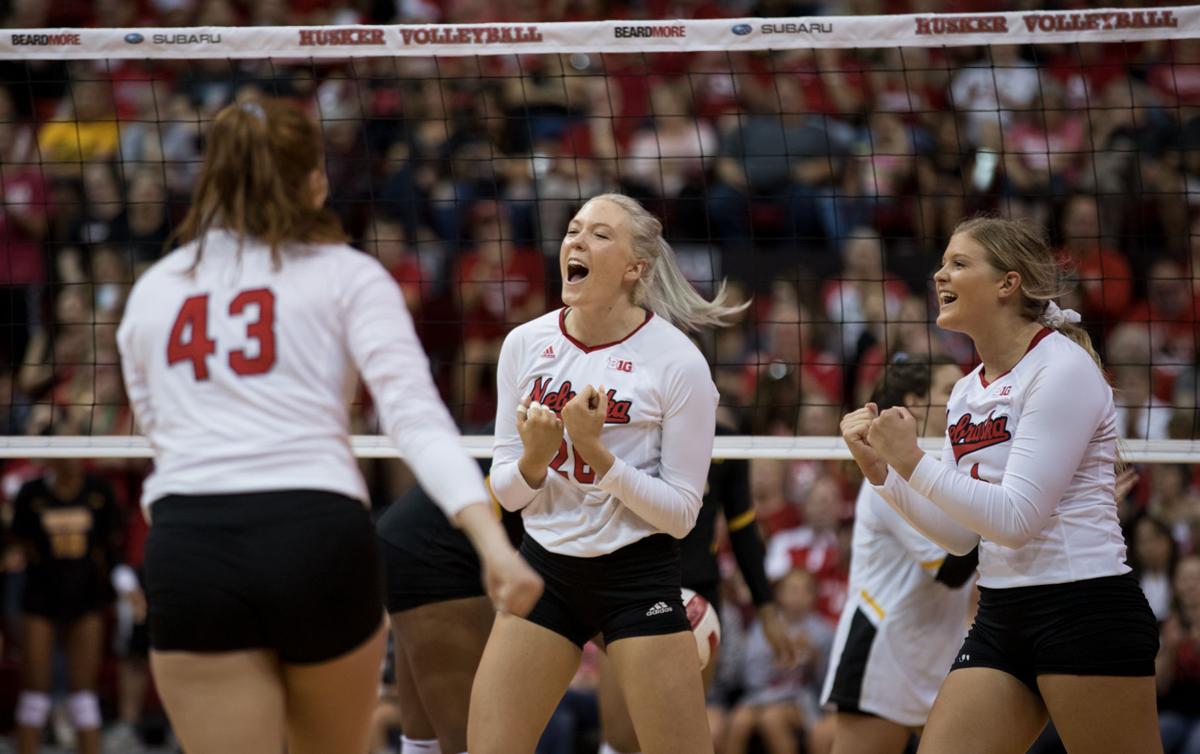 Lauren Stivrins (26) celebrates after a set winning point against Iowa at the Bob Devaney Sports Center on Wednesday, Oct. 3, 2018, in Lincoln Nebraska 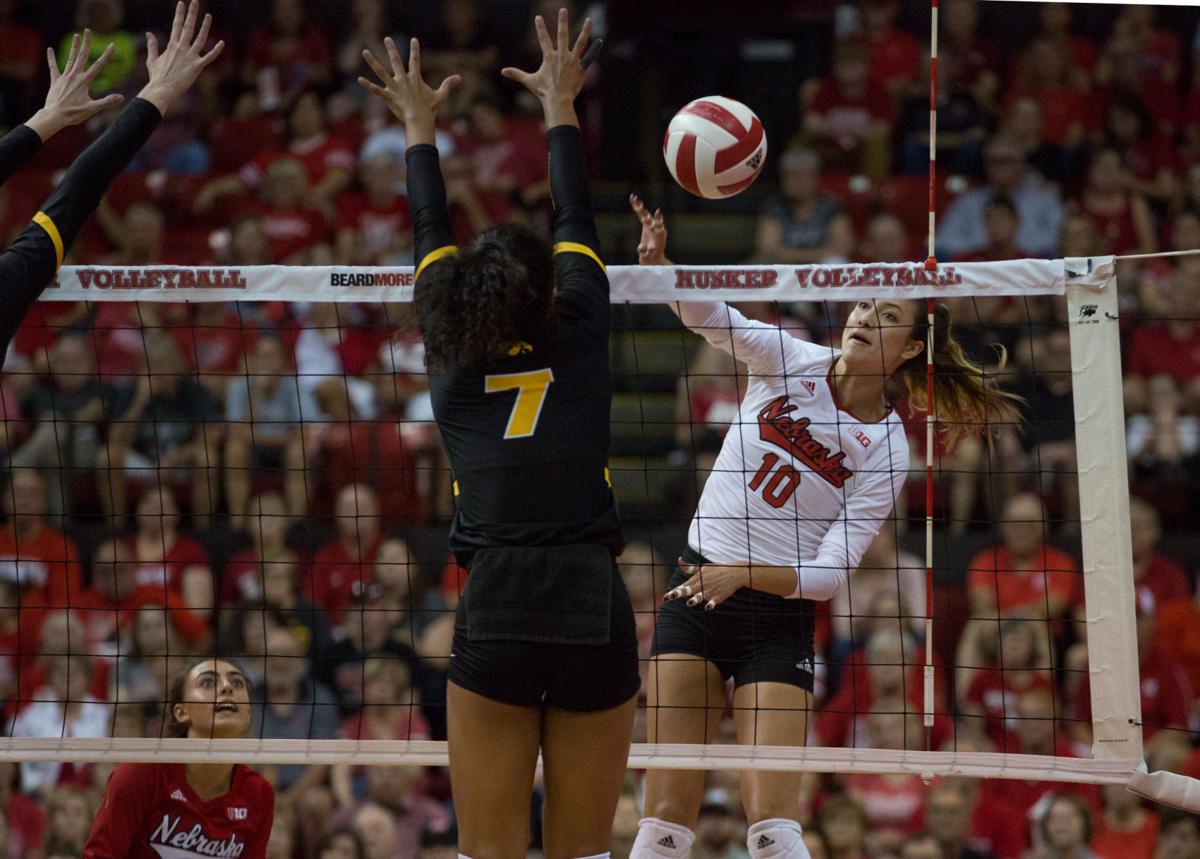 No. 3 ranked Nebraska volleyball defeated the Iowa Hawkeyes 3-1 in Lincoln Wednesday to extend its winning streak to 13 games and remain undefeated in Big Ten play.

Nebraska took the lead quickly in the first set. While Iowa earned the first point, Nebraska took its opportunity on the next serve and ran with it. Sophomore middle blocker Callie Schwarzenbach sparked the Nebraska offense to earn the first Husker point of the match.

Sophomore outside hitter Lexi Sun started  kick-started the offense with a kill and the Huskers went on an 8-1 run, forcing two Iowa timeouts in that period. The Hawkeyes earned a few points out of the second timeout, but the Huskers kept the scoring momentum going and closed in on the end of the set. Sophomore libero Hayley Densberger earned the last two points of the set on aces.

The Hawkeyes came out swinging in the second set. Iowa went on an 8-3 scoring run after Nebraska took the first point to bring the score to 8-4 with Iowa leading the Huskers. Four of the eight points earned during the Iowa run came from Nebraska errors, as the the Huskers seemed unable to place the ball well in the beginning of th set. Nebraska started to close in on the Hawkeyes with plays by outside hitters Mikaela Foecke,Sweet and middle blocker Lauren Stivrins, but Iowa continued to lead 15-14.

The Hawkeyes seemed to get into Nebraska’s head by the second set as the Huskers made multiple errors and couldn’t place the ball . Iowa forced Nebraska to take two timeouts during the set and Nebraska committed 14 errors in the second set alone, compared to Iowa’s five.

Nebraska stepped  up its game in the third set. After taking the first two points of the set, Sweet had an attack error to give the ball to the Hawkeyes, but that didn’t last for long. The Huskers kept running with the momentum and continued to push the Hawkeyes. Nebraska five consecutive points after a service ace by Iowa, bringing the score to 15-6.

Coming out of a media timeout, Nebraska continued to keep the pressure on Iowa. The Hawkeyes tried to come back, but the Huskers kept their distance. Nebraska continued to lead the last half of the set and forced Iowa to take a timeout with Nebraska leading 24-14. The timeout did little for Iowa as Nebraska took the third set 25-15

Nebraska looked determined in the decisive fourth set. The Huskers allowed Iowa to take the first point but took the next seven points to distance themselves early in the final set. Iowa fought back with kills from Cali Hoye and Regan Coyle. But even so, the fourth set went by quickly as point after point went to the Huskers. Iowa made some impressive saves trying to stay in the game, but it wasn’t enough as the Huskers won the fourth set 25-11.

Foecke and Sweet dominated the offensive game for the Huskers. Foecke led the game with 20 kills, hitting .459 on the night and accounting for 21 of Nebraska’s 79 points. Sweet was close behind with 15 kills on the night and hit .300.

“Foecke can hit about every shot that there is in the book,” Sun said. “And we have been working on it in the off season and I think it’s really showing here.”

But even with Foecke dominating the game tonight, she felt the best representation of how the team pulled out the win was all thanks to Hames as setter who helped keep the hitting percentage over .300 for the game.

“I think the biggest reflection of how we played tonight is the team total of .373,” said Foecke. “I think [Hames] is playing great, especially as a freshmen coming out and executing every play.”

Head coach John Cook agreed in competitive Big Ten play, keeping the team hitting percentage at .300, it’s something to be proud of.

Nebraska will take on No. 5 Minnesota in Lincoln on Saturday, Oct. 6 at 7 p.m. Coverage of the game will be broadcasted on BTN Plus.