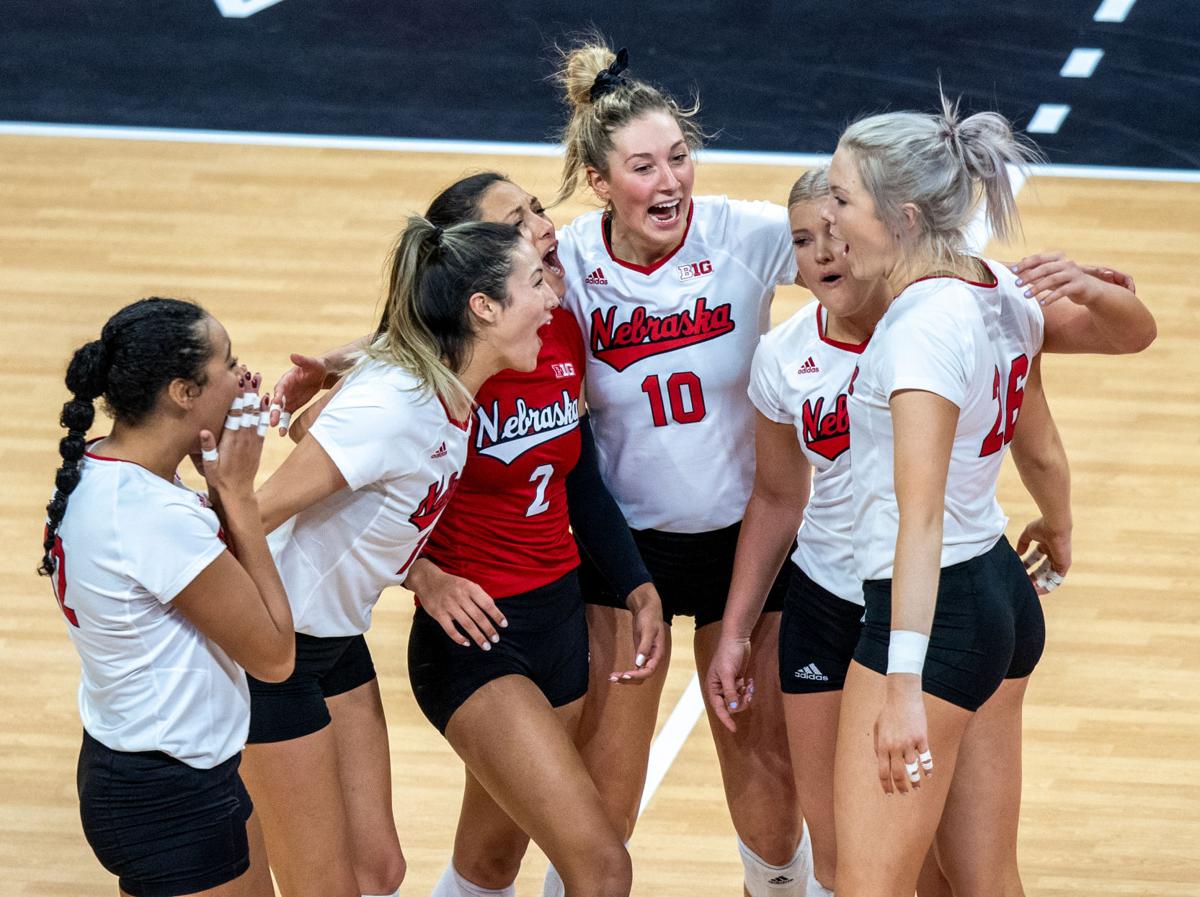 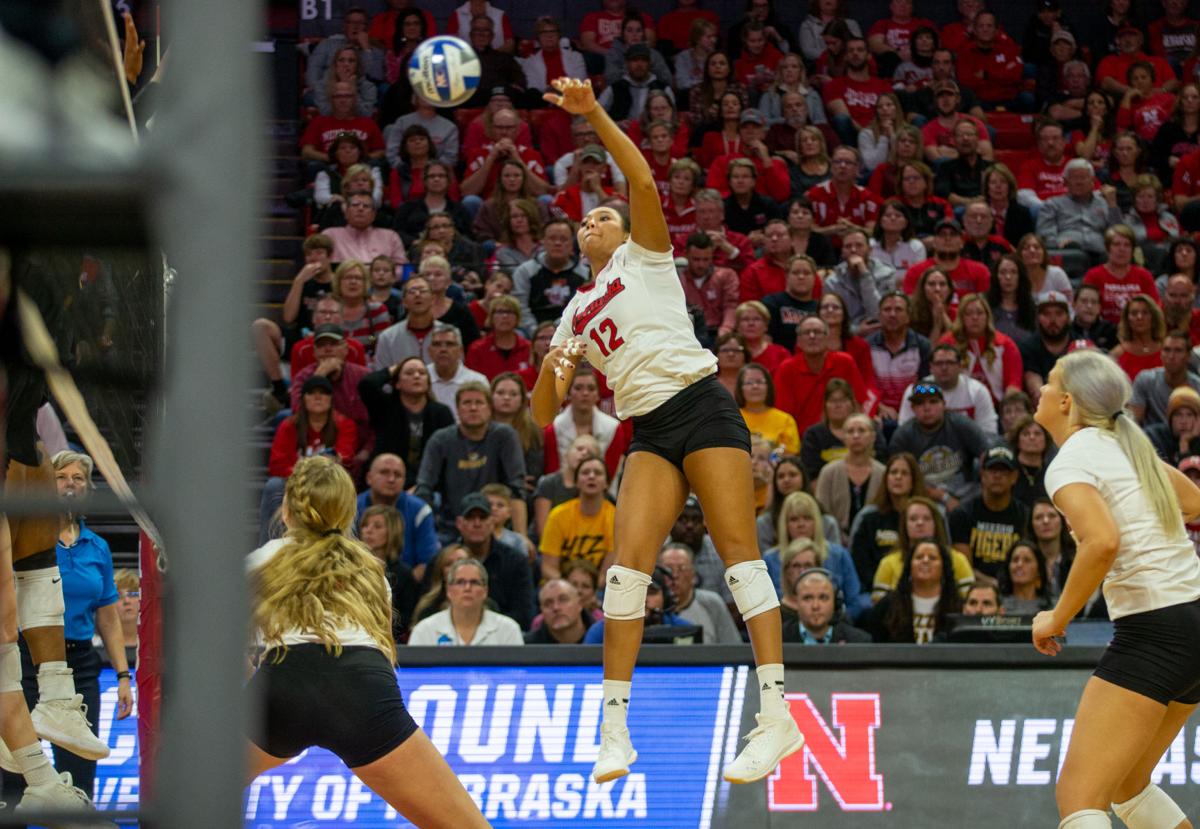 In the postseason, winning is the only thing that matters and for Nebraska, now it was all about  winning two points. Head coach John Cook’s words of wisdom rung true Saturday night as Nebraska won a tightly contested third set 32-30 to take a 2-1 match lead and the win.

No. 5 Nebraska’s second round match came against its former Big 12 rival Missouri, who it had swept last season in the second round.

The odds were heavily stacked against the Tigers under their first-year head coach Joshua Taylor. Cook has more years coaching than Taylor has been alive and the coaching experience gave Nebraska the upper edge in the match in the later sets.

The match was going to be different from the Nebraska postseason sweep last season and that started at the opening serve. Missouri outplayed the Huskers in the first set and won 25-20, taking its first set against Nebraska since 2009.

“Coming out and winning like that is something that we’ve been trying to improve on all season,” Taylor said. “We got really good at it and to take a set off at Nebraska here is pretty impressive.”

The Tigers won the ugly first set despite receiving almost no production from its best offensive player, junior outside hitter Kylie Deberg.

Junior middle blocker Tyanna Omazic hit .600 with four kills while junior outside hitter Dariana Hollingsworth-Santana had three kills on .600 hitting percentage. The two had no errors and carried the Tigers offense throughout the set.

Nebraska had nine kills and nine attack errors, hitting .000 in the first set. Missouri only had 12 kills but there are no extra style points for winning any set. The Tigers had taken a set at Nebraska for the first time in 12 years.

The Huskers offense struggled with serving where they found themselves constantly playing out-of-system.

Junior outside Jazz Sweet receives the majority of out-of-system ball as she is left handed and makes it easier to hit out of a bad spot. In the first set, Sweet had three kills and three attack errors.

“We just had to find the hands on the block,” Sweet said. “We definitely got in the groove after a couple of swings out there.”

After the first set, Sweet had 14 more kills and no attack errors. The Huskers offense was revived thanks to Sweet.

The second set was Nebraska’s punch back at the Tigers. Nebraska was up 9-4 before Missouri clawed its way back into the second set. The Tigers fought back and kept the set close until a couple of late defensive stops gave Nebraska the edge.

Nebraska won 25-20 despite letting the Tigers hitting .345, a rarity for any Husker team. Now tied 1-1, the third set proved to be the biggest and marked one of the loudest sets the Devaney Center had seenthis season.

A reverse of the second set, Missouri jumped out to a 10-4 lead forcing Cook to call an early timeout. The Tigers had no quit and their offense kept rolling due thanks to Deberg’s performance.

She had zero kills in the first set and followed that up with 11 kills in the next two sets. Six kills in the third set let the Tigers jump out to a quick lead. The Huskers needed a spark or they would be down 2-1.

In a blink of an eye, the Huskers tied the set at 11-11. Sophomore middle blocker Callie Schwarzenbach played an instrumental role in grounding the high-flying Tigers offense. Missouri played flawless offense before Schwarzenbach got three blocks with little celebration.

“We’ve been preparing for Mizzou since Monday,” Schwarzenbach said. “We knew a lot about them and we just executed really well.”

That was a part of a 8-0 run that put Nebraska ahead 14-11. The Huskers maintained their lead by playing clean volleyball. Something that plagued the Husker defense through the first two sets was simple miscommunication errors.

That led to bad digs and Huskers dropping the ball. Junior outside hitter Lexi Sun and freshman libero Kenzie Knuckles collided in the second set, forcing Sun to step out for a minute but those silly mistakes almost faded away.

With those errors fading away, Missouri was at a low point and needed something to just fight back. Down 24-20, the Tigers were led by Hollingsworth-Santana and junior outside hitter Leketor Member-Meneh, the two who gave Missouri new hope.The Tigers went on a 5-0 run and led 25-24.

“That was a tough thing for us, giving up that five point run,” Cook said. “We very easily could have lost that game and we made some big plays. They missed a couple of serves that were huge turnarounds.”

Nebraska and Missouri led multiple times throughout the rest of the set, but when it was time to serve, the opposing side always found a response. Tied at 30-30, the Tigers were up to serve and hit the net.

After that, Schwarzenbach blocked Deberg for her fifth block in the set and the Huskers won 32-30.

Nebraska went up 2-1 and for Missouri, time was running out for an upset. The Tigers went down early and could not rally in the fourth set, unlike the last two sets. Nebraska controlled the final set and ended any chance of a Missouri victory.

The Huskers won 25-18 and played their best set of the match. Junior middle blocker Lauren Stivrins’ kill off the slide was a fitting end to the last home match of the season.

“It was probably one of the funnest matches I played here,” Sweet said. “We had synergy between us on the court and the crowd.”

Nebraska will travel to Madison, Wisconsin next weekend and take on the winner of San Diego and Hawaii in the Sweet 16.