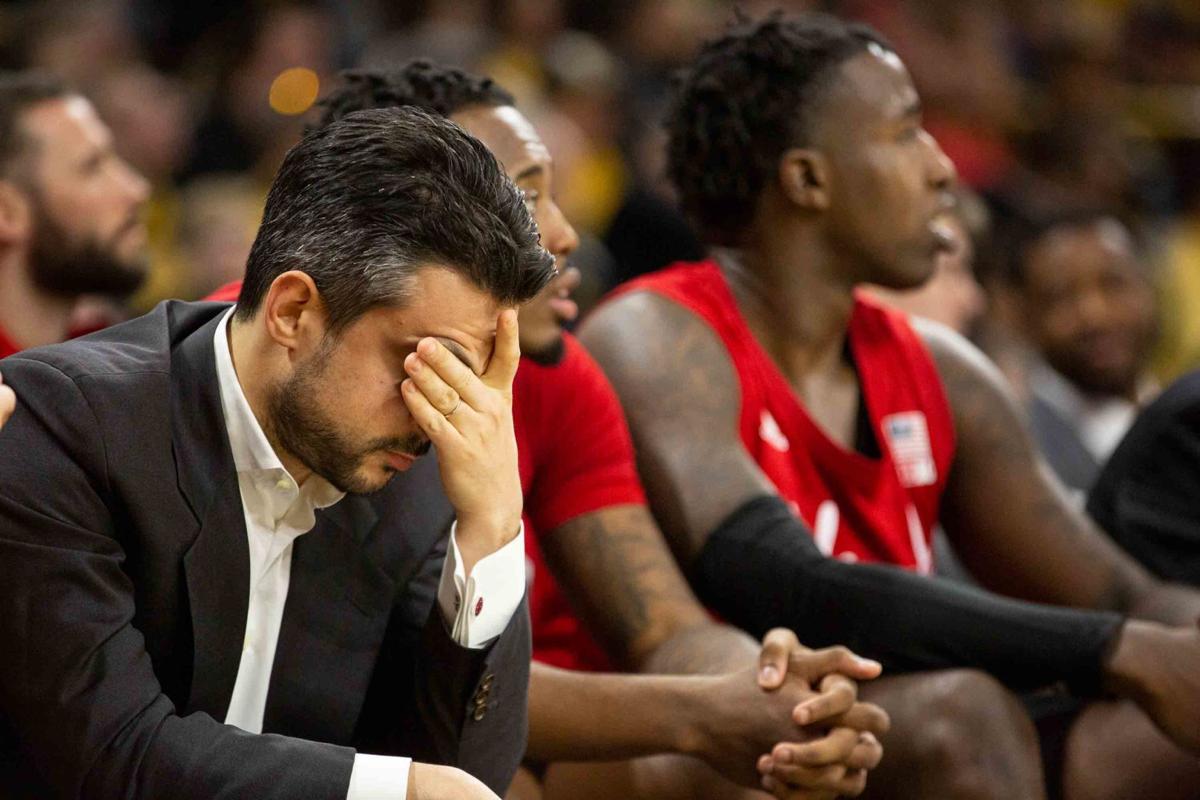 Nebraska's Luca Virgilio, director of operations, covers his eyes as Iowa shoots a free throw at the Carver-Hawkeye Arena in Iowa City, Iowa, on Saturday, Feb. 8, 2020. 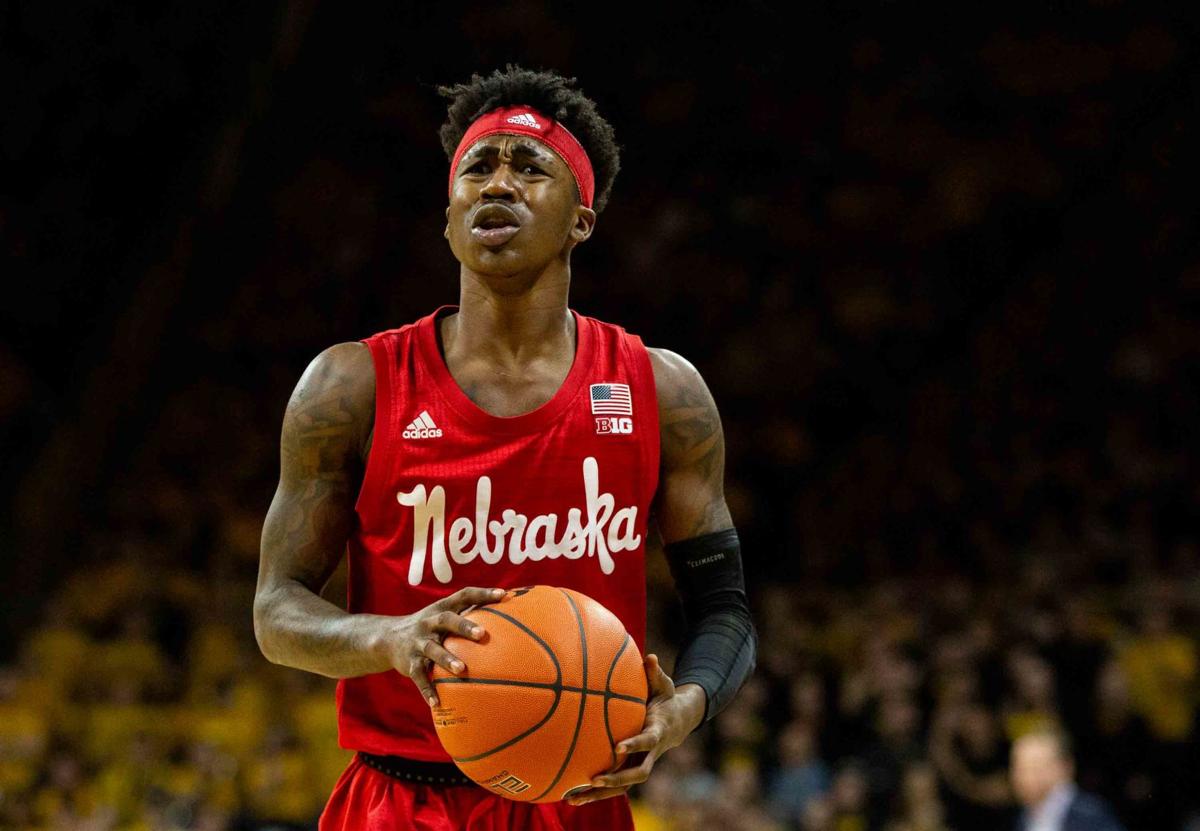 Nebraska's Cam Mack (3) reacts to a foul called on him during the game against the Hawkeyes at the Carver-Hawkeye Arena in Iowa City, Iowa, on Saturday, Feb. 8, 2020. 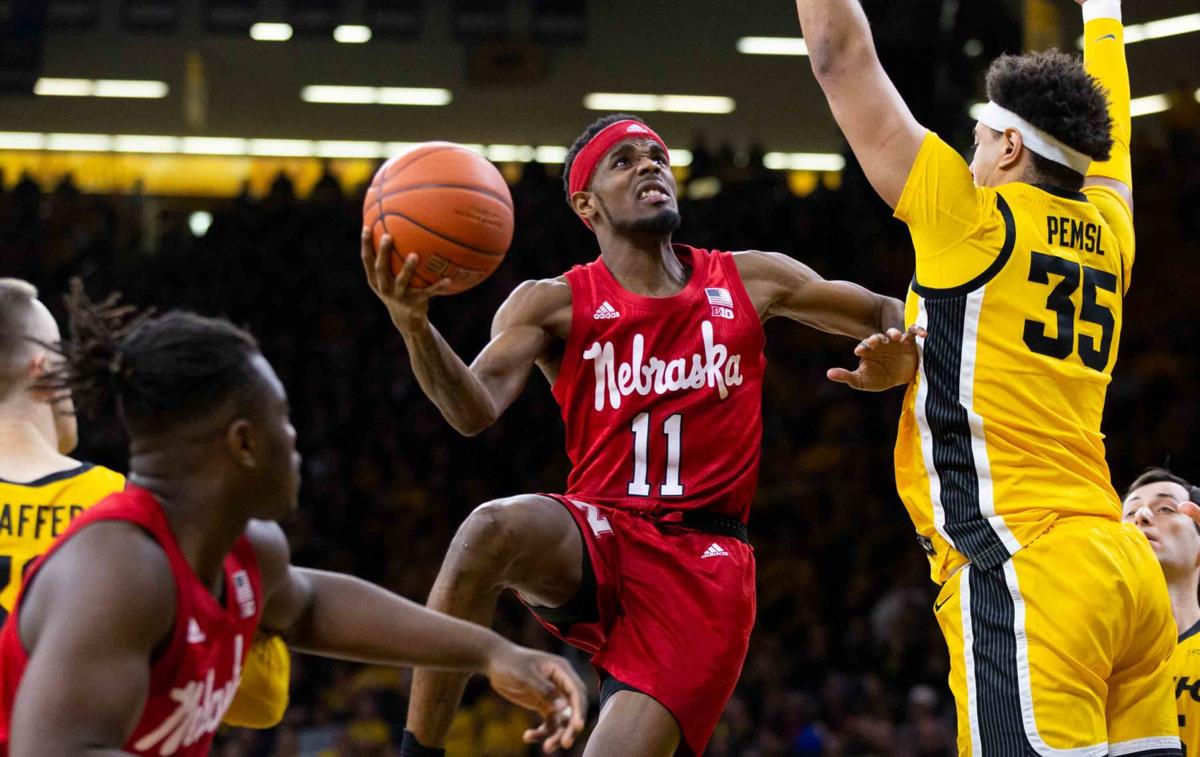 Nebraska's Luca Virgilio, director of operations, covers his eyes as Iowa shoots a free throw at the Carver-Hawkeye Arena in Iowa City, Iowa, on Saturday, Feb. 8, 2020.

Nebraska's Cam Mack (3) reacts to a foul called on him during the game against the Hawkeyes at the Carver-Hawkeye Arena in Iowa City, Iowa, on Saturday, Feb. 8, 2020.

Fred Hoiberg was always going to get the last laugh.

The beatdown his team took in his return to Carver Hawkeye Arena, the place where he played and coached in several heated rivalry games for Iowa State, was never going to change that.

“Did you guys get that caucus thing figured out yet?” He said to the packed media room full of reporters who used to cover him regularly, in reference to the Iowa Democratic Caucus that had failed to decide a victor last Tuesday.

Junior forward and National Player of the Year candidate Luka Garza padded his resume with 22 points on 9-13 shooting and sophomore guard Joe Wieskamp poured in 30 as the Hawkeyes exercised revenge for Nebraska’s 76-70 win over them just over a month ago in Lincoln.

Hoiberg’s second road rivalry game this season started almost identical to the first: a seemingly endless barrage of 3-pointers. It started with a wide open look from Iowa sophomore guard Connor McCaffery. Garza then hit one on a step-back. One possession later, McCaffery had no defenders in sight as he found the bottom of the net again, making it 13-2.

A quick timeout was no use. The run continued and less than five minutes into the game, Iowa already had a commanding 21-5 lead.

Unlike the Creighton game two months ago, Nebraska found a way to respond in much quicker fashion. Green checked into the game for senior guard Haanif Cheatham and immediately provided a spark on both ends of the floor.

On the defensive end, a combination of improved defensive effort from Nebraska and inconsistent rhythm from Iowa’s role players led to an eight-minute scoring drought. A pair of free throws from Mack made it a four-point game again with 5:41 left in the half.

Mack tried to pull Nebraska within one but like Nebraska’s other eight 3-point attempts in the first half, it was off the mark. The long rebound led to an easy layup from Wieskamp, which sparked his explosive run.

Starting at the four minute mark of the first half, the sophomore from Muscatine, Iowa, scored 23 points over the ensuing 11 minutes.

Despite Iowa’s resurgence at the end of the first half, Nebraska still managed to keep the game close. Green made Nebraska’s first 3-pointer of the half with 1:09 left to make it a six-point game, but Cheatham fouled Wieskamp nine seconds later. Green tried to make it a six-point game again with 29 seconds left, but his layup rolled off of the rim.

Any hope for the Huskers in this game vanished in the waning seconds of the half. Redshirt freshman CJ Fredrick had seldom-used senior bench player Matej Kavas switched onto him as time was running out. Over 35 feet away from the hoop, he pulled up and buried the dagger as the first half buzzer sounded, putting Iowa up 41-30 and sending the crowd into a frenzy as both teams jogged off.

It was more deja vu in the second half for the Huskers, as they once again found themselves down 16 just minutes into the half. The team had twice as many turnovers (six) than made shots (three) in the first seven minutes of the half.

Hoiberg, who was practically begging for improved effort after last Saturday’s 12-point loss to Penn State, tried any and every lineup combination to break the funk. None were of any use. By the 10-minute mark, Garza buried another 3-pointer to match Nebraska’s largest deficit of the season at 72-40.

It somehow continued to get worse.

On one offensive possession, Cheatham collided with freshman forward Yvan Ouedraogo and immediately fell to the ground. He had to be carried off of the court and put no weight on his right leg. Afterwards, Hoiberg said that the initial diagnosis was a calf contusion.

Cheatham was seen leaving the arena with a heavy ice pack on his calf.

On the court, Iowa continued to pile it on. Iowa sophomore walk-on Austin Ash checked into the game with nine minutes remaining, and had the greenest of lights. The fan favorite quickly drilled back-to-back 3-pointers on Nebraska’s regular rotation, ballooning the score to 86-48.

It’s hard to tell if Iowa head coach Fran McCaffery had any bitterness about last month’s loss to this same team in Lincoln, or about his previous four losses to Hoiberg when he coached in-state rival Iowa State. Regardless, his team continued to pile it on and the crowd loved it.

As Nebraska was shooting free throws, the student section started chanting “Where’s your bowl game?” in reference to Iowa football’s 27-24 win at Nebraska in November that kept the Huskers from reaching a bowl game. Less than a minute later, one fan screamed out “We beat you in everything!”

Hoiberg just stood in his regular spot with his arms crossed, hoping that someone would step up and set the tone for the rest of the team. His team did end the game on a 12-4 run, but it was of little consolation.

“I’ve been on teams like this,” Hoiberg said after the game. “I’ve played on teams where we’ve gone on slides, and the only way out of it is to continue to work, to stay together, to keep battling every day.”

“This league is a monster,” He continued. “There is no letting up, we have to go to Maryland for our next one...We have to find a way to stay together as well as we can.”