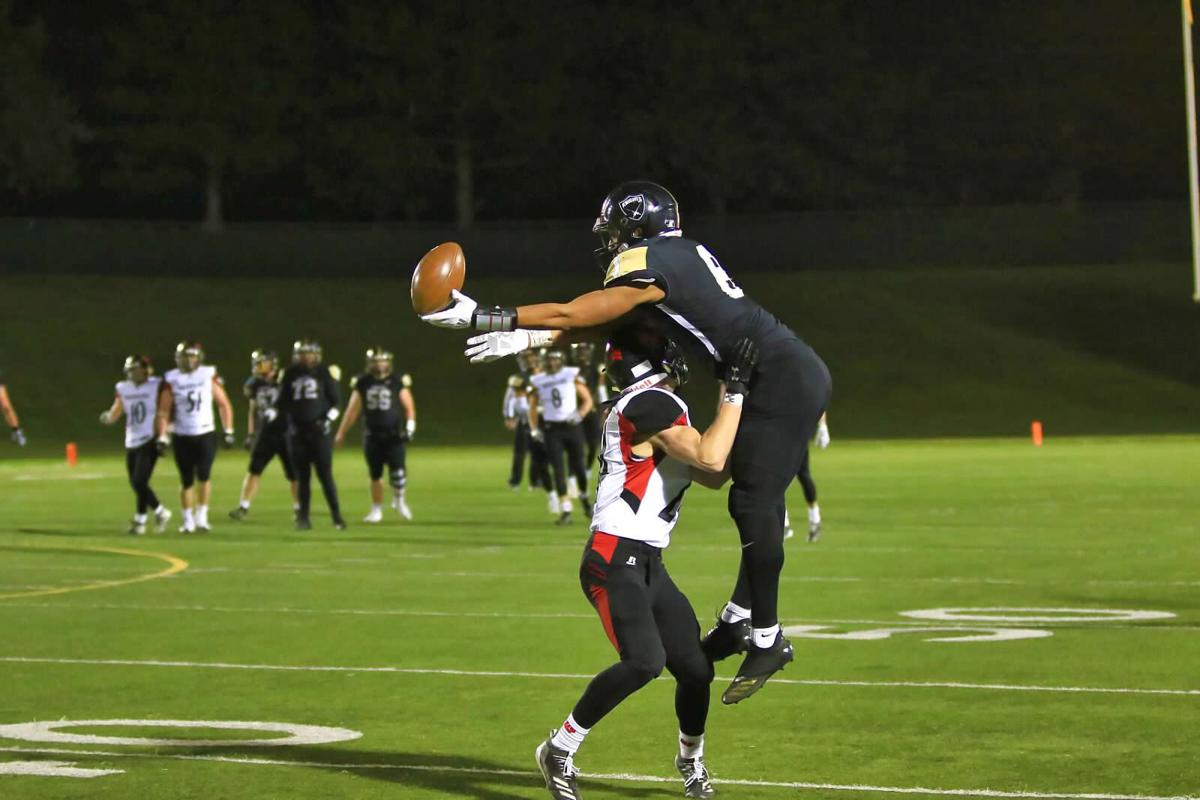 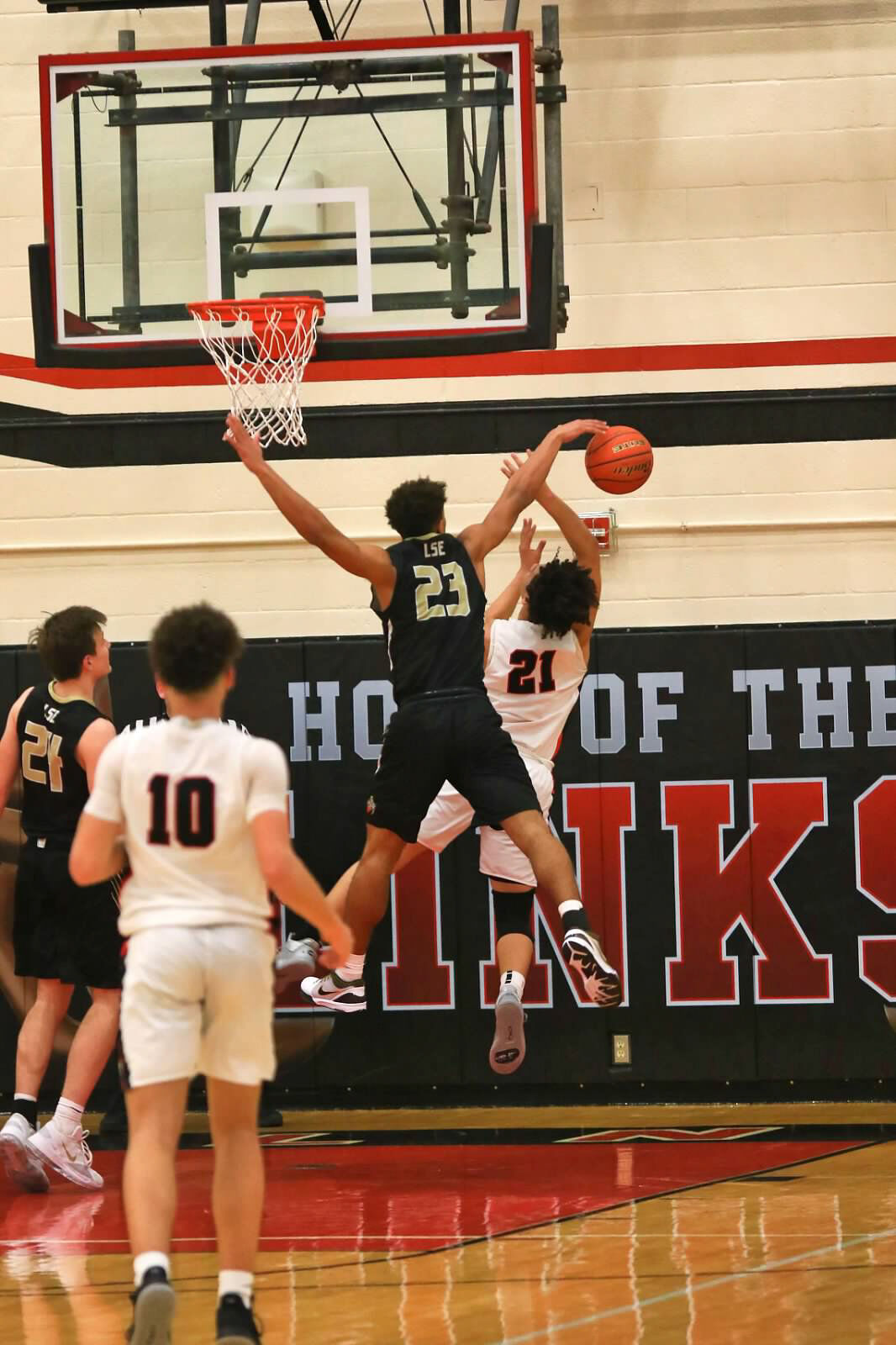 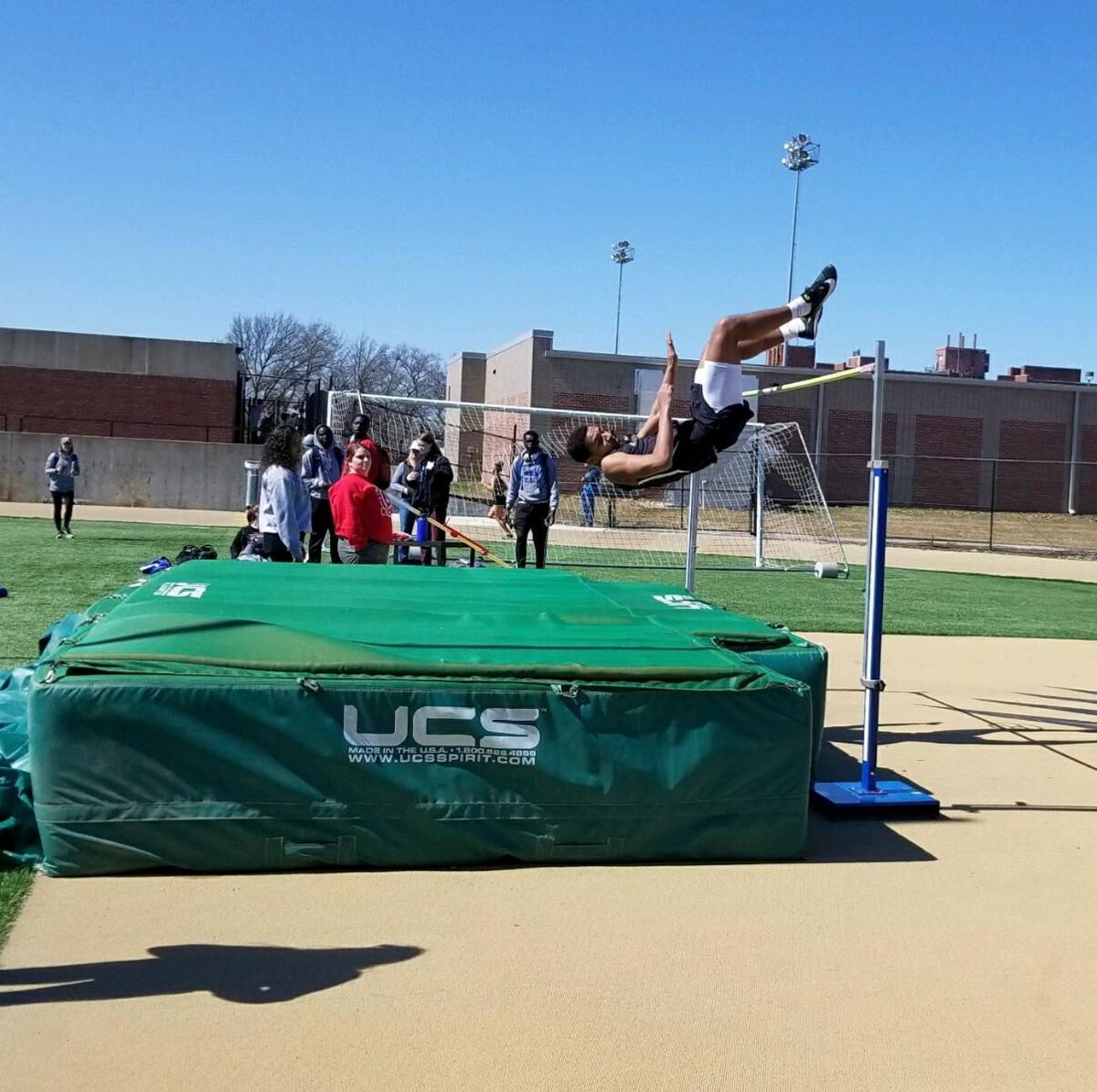 Thompson’s height as a freshman, almost 6-foot-3, set him apart immediately in addition to his “excellent” athletic abilities.

“When he showed up here at Southeast, he was a kid that you could tell, just with his size and athletic ability, that he was going to have some success,” Gottula said. “And really, he’s had some success in multiple sports.”

Thompson is now a senior three-sport student-athlete preparing to make one of the most important decisions of his life — choosing a college.

The 6-foot-4, 210-pound wide receiver and outside linebacker has made great strides in improving his game over the offseason and colleges are noticing.

Thompson has a preferred walk-on offer from Nebraska, along with offers from Division II schools like Minnesota State University, Mankato, Southwest Minnesota State and Grand View University in Des Moines, Iowa. Most recently, he was offered a full ride scholarship to the University of North Carolina at Charlotte.

Thompson did not receive any offers during his junior year, which meant Nebraska’s walk-on offer meant even more. Both Thompson and his mother, Maria Young, were on the phone when Nebraska’s director of high school relations Kenny Wilhite invited Thompson to join the Huskers next season. Thompson was equally shocked and grateful.

Thompson, who was born and raised in Lincoln, grew up watching Nebraska football and never expected to get an offer from the Huskers.

“Most Nebraska kids dream to play for Nebraska,” Young said. “So to get the opportunity, whether it’s through scholarship or even a walk on, it’s still a big compliment that they see the ability in you to play.”

Thompson is a versatile player that is able to use his height, strength and general athleticism to win balls whether that’s in pass coverage on defense or at wide receiver according to Gottula, who has been the head football coach at Southeast since 2011. Gottula also said Thompson’s physicality is one of his greatest strengths as an athlete.

“He’s gonna block you as a wide receiver and that really helps some of our run game, him blocking the edge really well,” Gottula said. “And same defensively … he’ll come up and tackle and then he has the ability to play the deep ball really well, being 6-foot-4.”

Thompson improved statistically from his junior to his senior year. During the 2020 regular season, Thompson had 28 total tackles, three interceptions and one blocked punt compared to last year where he had 14 total tackles and one interception. At receiver, he had 12 receptions for 209 yards and two touchdowns his senior year and 10 receptions for 158 receiving yards the previous year.

Due to COVID-19, high school teams in Lincoln weren’t able to train in their facilities during the offseason, but this didn’t stop Thompson. When he wasn’t working out with a personal trainer or lifting weights at his house, he was practicing one-on-one with his teammates, including junior Jake Appleget.

“Particularly in this last offseason, we were in the gym a lot, lifting weights and we were going to the field to get some routes in and work with each other on footwork and defense and offense,” Appleget said. “He really just focused up this offseason and put in a lot of work and that's where a lot of his great strides were made.”

Appleget, who also plays both wide receiver and linebacker, caught 16 passes for 272 receiving yards and five touchdown passes at receiver during the regular season. On the other side of the ball, he logged 48 total tackles, one sack, three interceptions and two fumble recoveries. One of his touchdown catches was featured on ESPN’s “You Got Mossed!” segment before Monday Night Football.

Thompson also dedicated himself to become a stronger leader. The previous leaders on Southeast’s football team last season, including current Nebraska freshman safety Isaac Gifford and South Dakota State freshman linebacker Isaac Appleget, inspired Thompson to “switch his gear” into “leadership mode,” not only on the field but on the sideline, the locker room and the weight room.

Gottula said that Thompson has always been a really good worker in the weight room but has become more of a role model to younger kids in the program by showing them what level of work ethic is expected day in and day out.

Although he is not an official team captain, Thompson’s teammates look to him as a player and person to model their mentality and dedication after.

“He’s still one of our captains in our eyes and we all look up to him,” Appleget said.

Another way that Thompson leads on the field is by his attitude. He is not afraid of having fun at practice or during games, but knows when it is time to focus and lock in on executing his assignment, according to Appleget.

“There’s obviously that serious aspect of the game and everything’s on the line and it’s nice to have his joking mood and lightheartedness around,” Appleget said. “It makes things a bit easier.”

Young said her son has always been a funny, goofy kid with a good sense of humor and that he has no problem with being the center of attention.

Thompson grew up in Lincoln with a younger brother Tylan, who is a junior at Lincoln High. Thompson’s older sister Alexis Madlock was the first person to graduate college in her immediate family. She graduated from the University of Nebraska-Lincoln in May 2020 and is now a teacher at Clinton Elementary School in Lincoln.

Because Thompson’s family is very important to him, he would prefer to attend college somewhat close to home, according to Young. He also wants to be a part of a supportive program where he feels like he belongs.

Guttula said Thompson’s strength and versatility, in addition to his developing frame, could make him an asset on the field. Depending on the program, Thompson can have a future as a wide receiver, tight end, outside linebacker or defensive back. He said he thinks he would make an impact on special teams at Nebraska, but is more comfortable at receiver.

“I’ve been on offense a lot more in my past years and knowing wide receiver, the position, all the work blocking and getting in the routes,” Thompson said.

Thompson also plays basketball and competes in high jump at Southeast. During his junior year, he played in all 25 basketball games and averaged 8.7 points per game, five rebounds per game and tied senior Gage Johnson for the team’s highest field goal percentage at 64%. His personal record at high jump is 6-feet-5 inches, which he earned his sophomore year at the NSAA Class A State Championships.

Being able to jump about six-and-a-half feet and fighting for rebounds on the court has strengthened Thompson’s skills on the football field.

“As a receiver, he has that ability to go up and make catches over defensive backs,” Gottula said. “And he’s made a number of interceptions where he has to go up and make some plays, as you would going up to rebound a basketball. So I think those skills translate on the football field and have allowed him to be pretty successful there.”

No. 4 Lincoln Southeast (7-0) will be competing against No. 13 Columbus (6-3) in the second round of Nebraska Class A football playoffs on Friday after having a bye in the first round. Southeast has been stunning its opponents this season with an explosive offense and an aggressive defensive that has created 24 total turnovers in their seven games.

Thompson, a true competitor, loves the pressure of battling for a state championship.

“I like it when it gets intense in the moments that they come down to me doing my job and getting the job done,” Thompson said. “It makes me want to go out there and compete.”