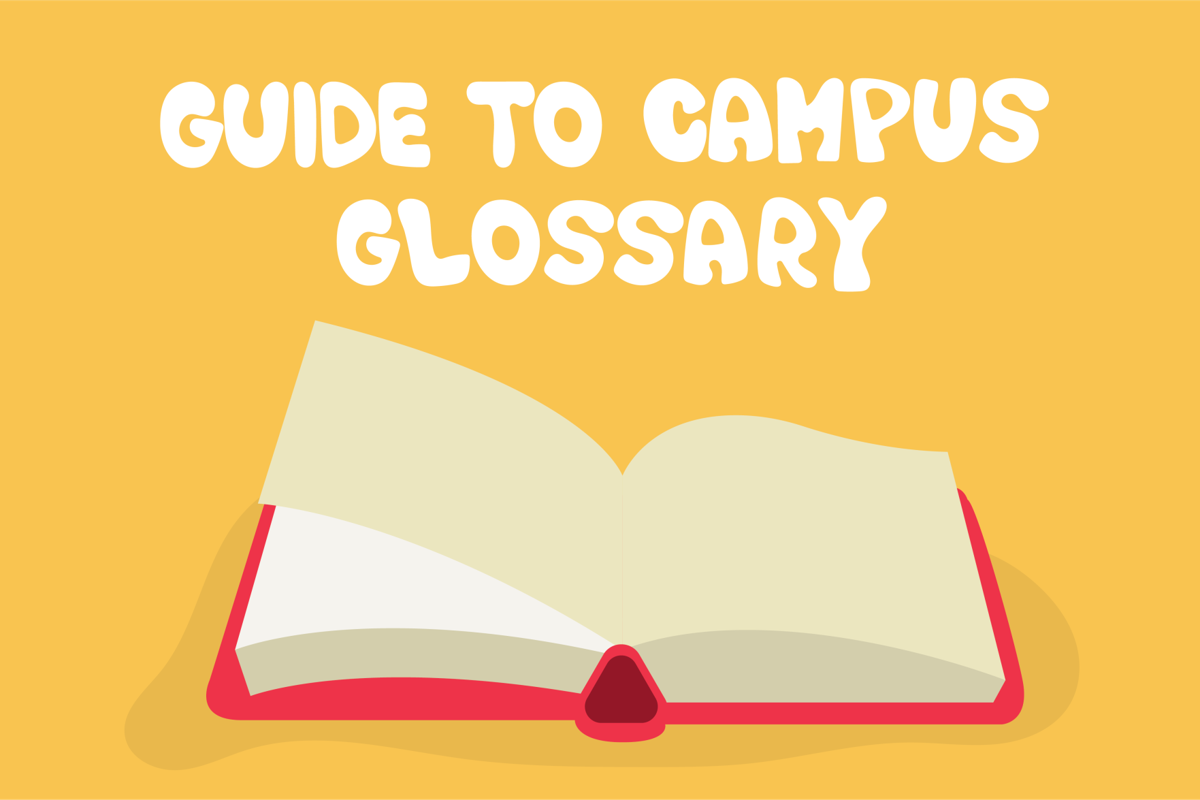 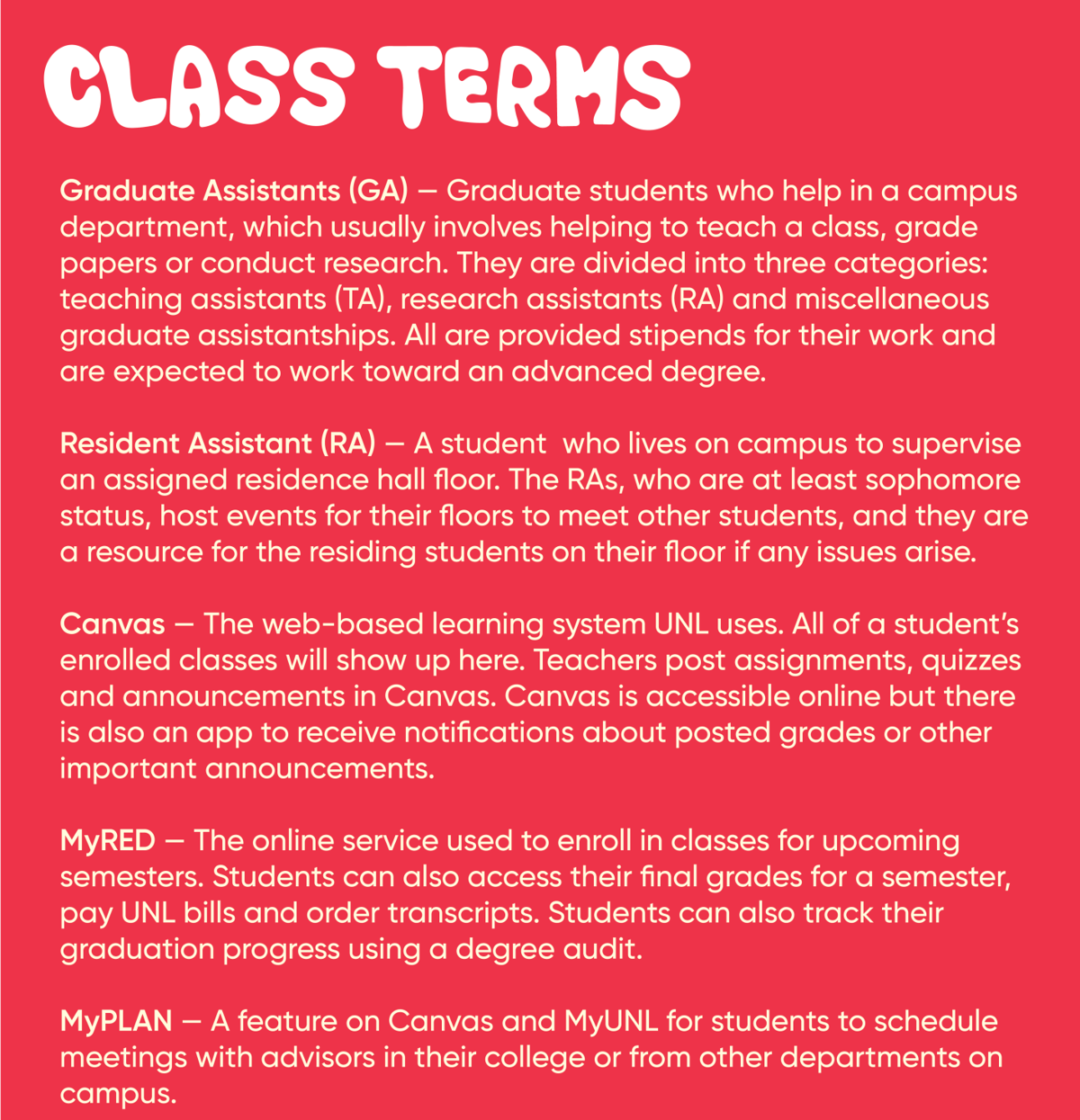 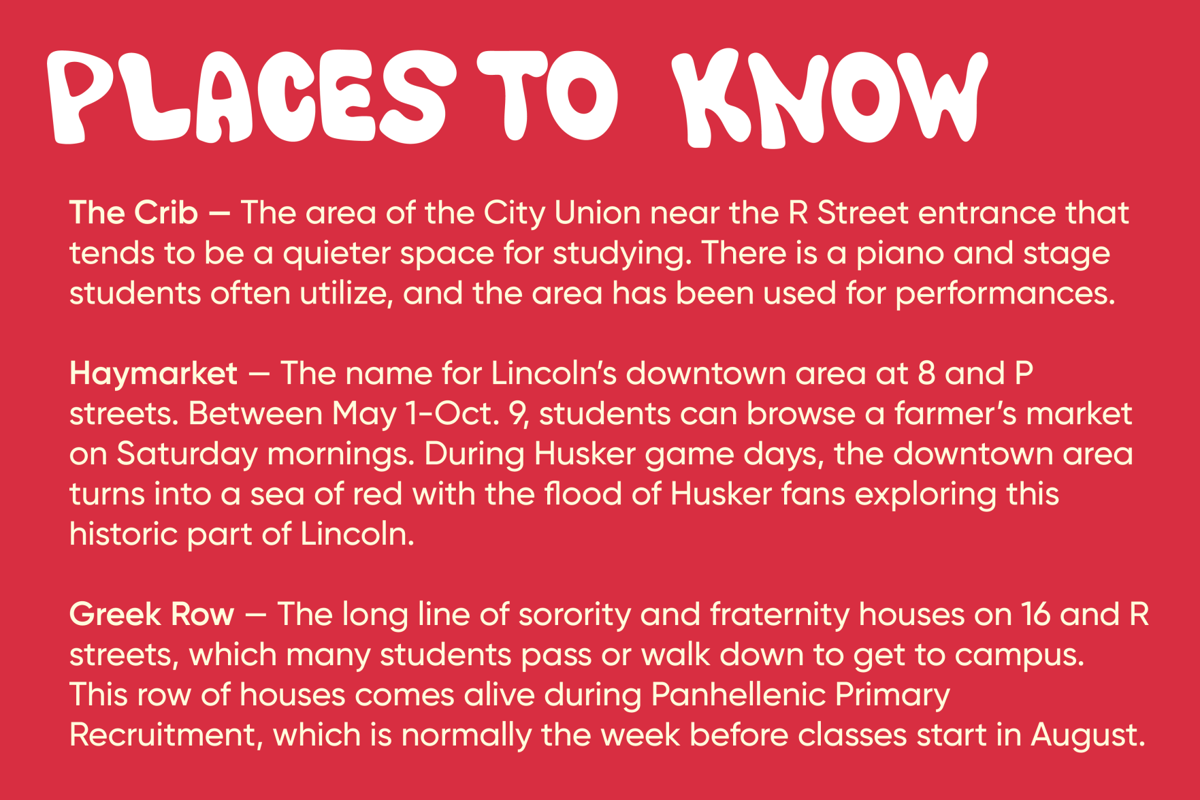 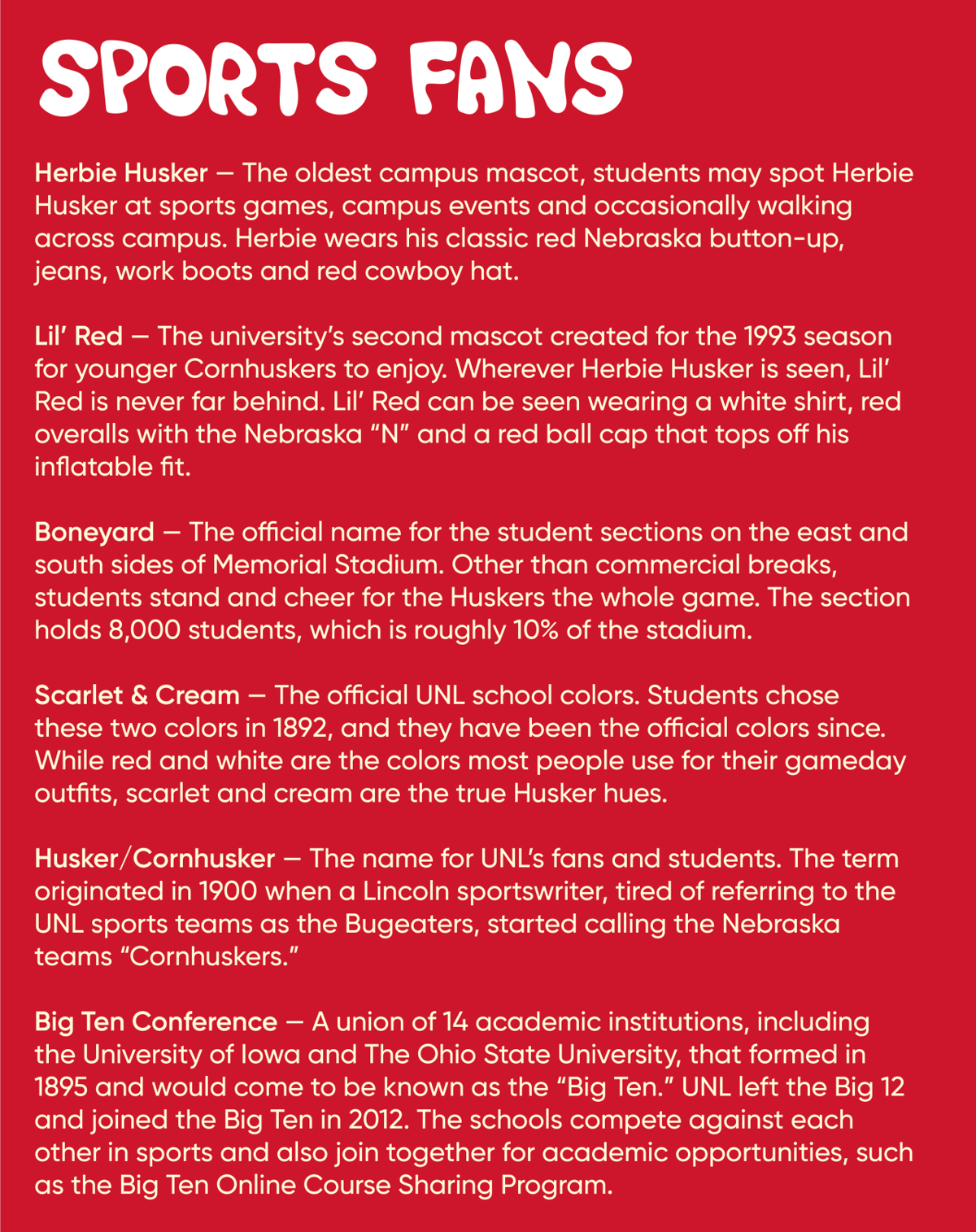 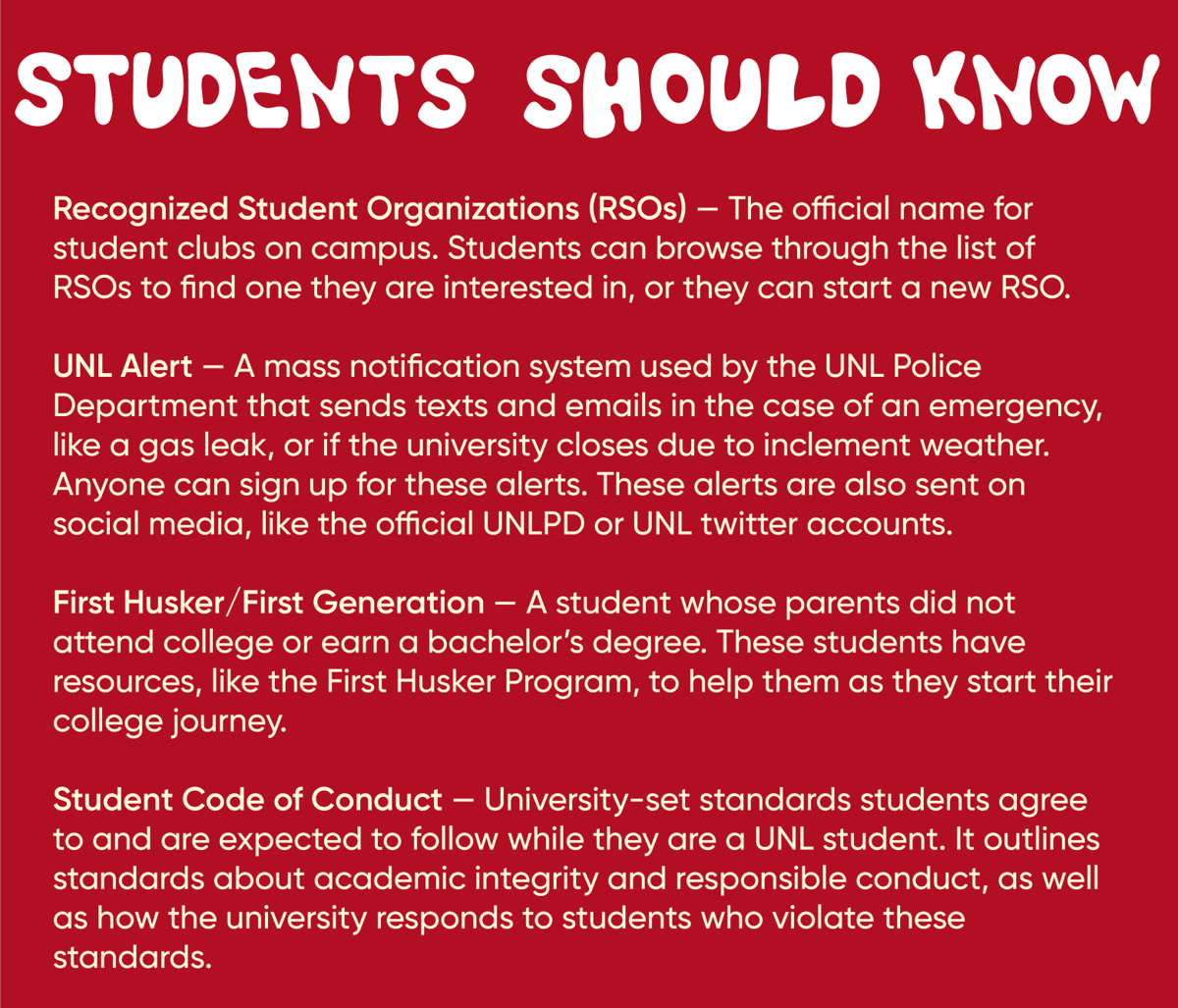 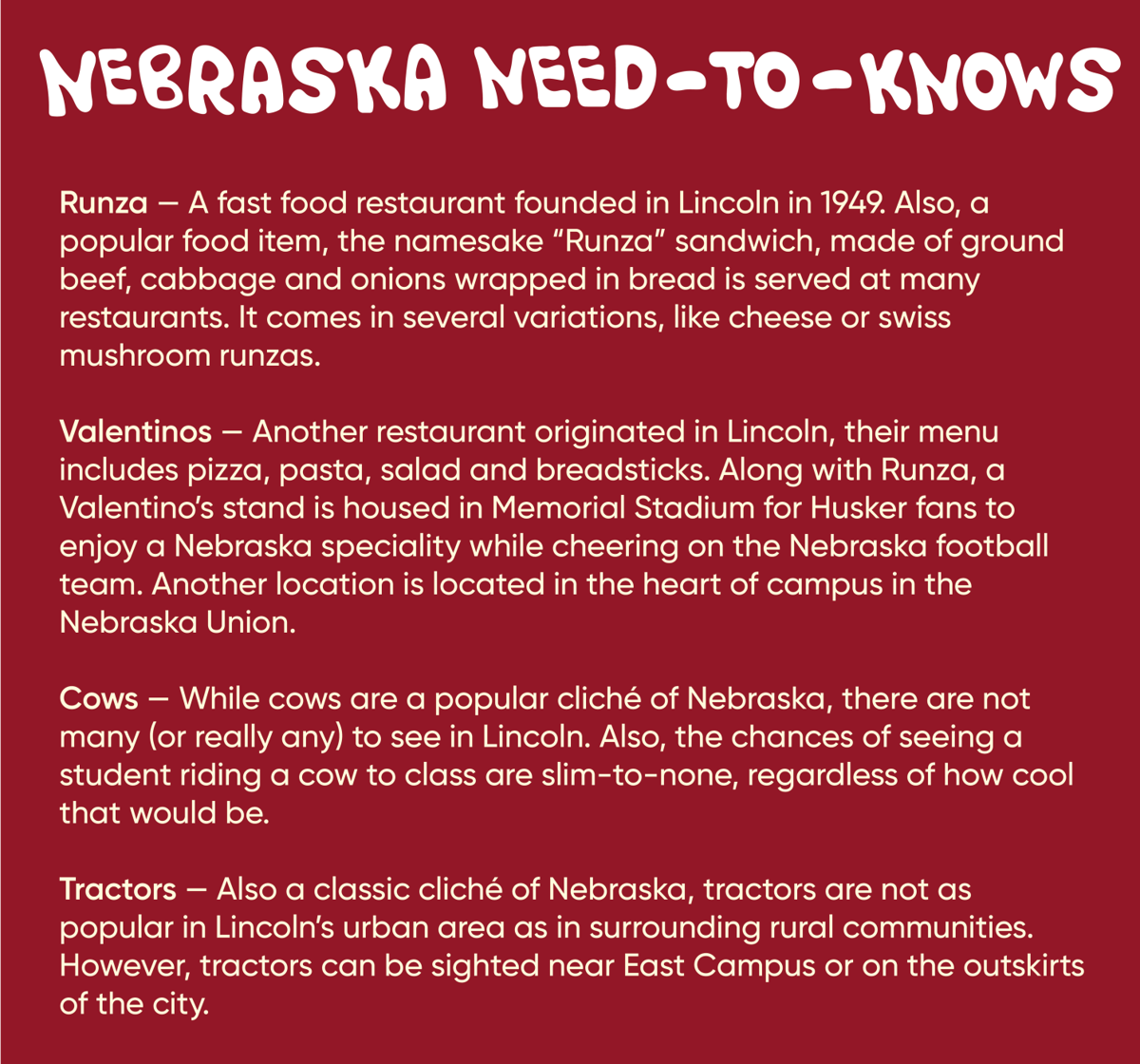 Starting at a new school can be overwhelming, especially when that school is a college campus filled with tens of thousands of other students. New terms are thrown around without a pause to explain what those terms mean, so The Daily Nebraskan compiled a list of terms new students should know as they start their Husker journey.