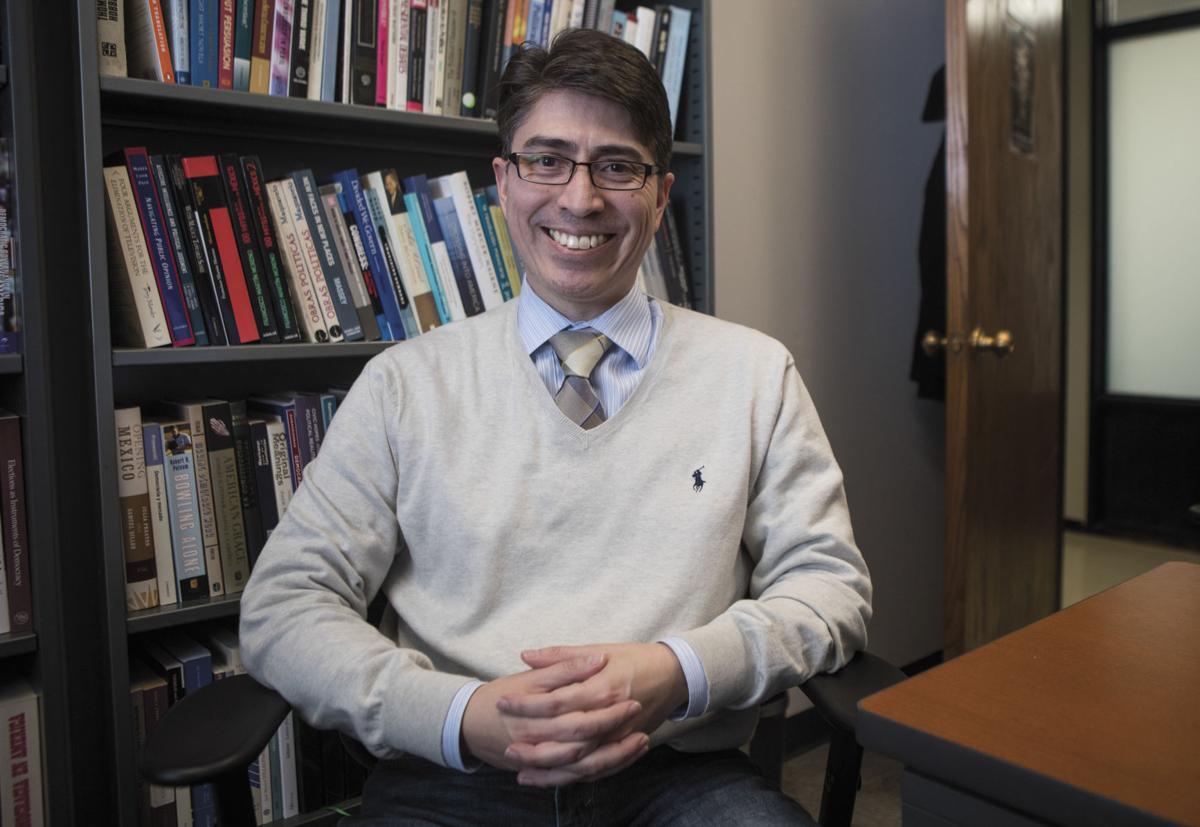 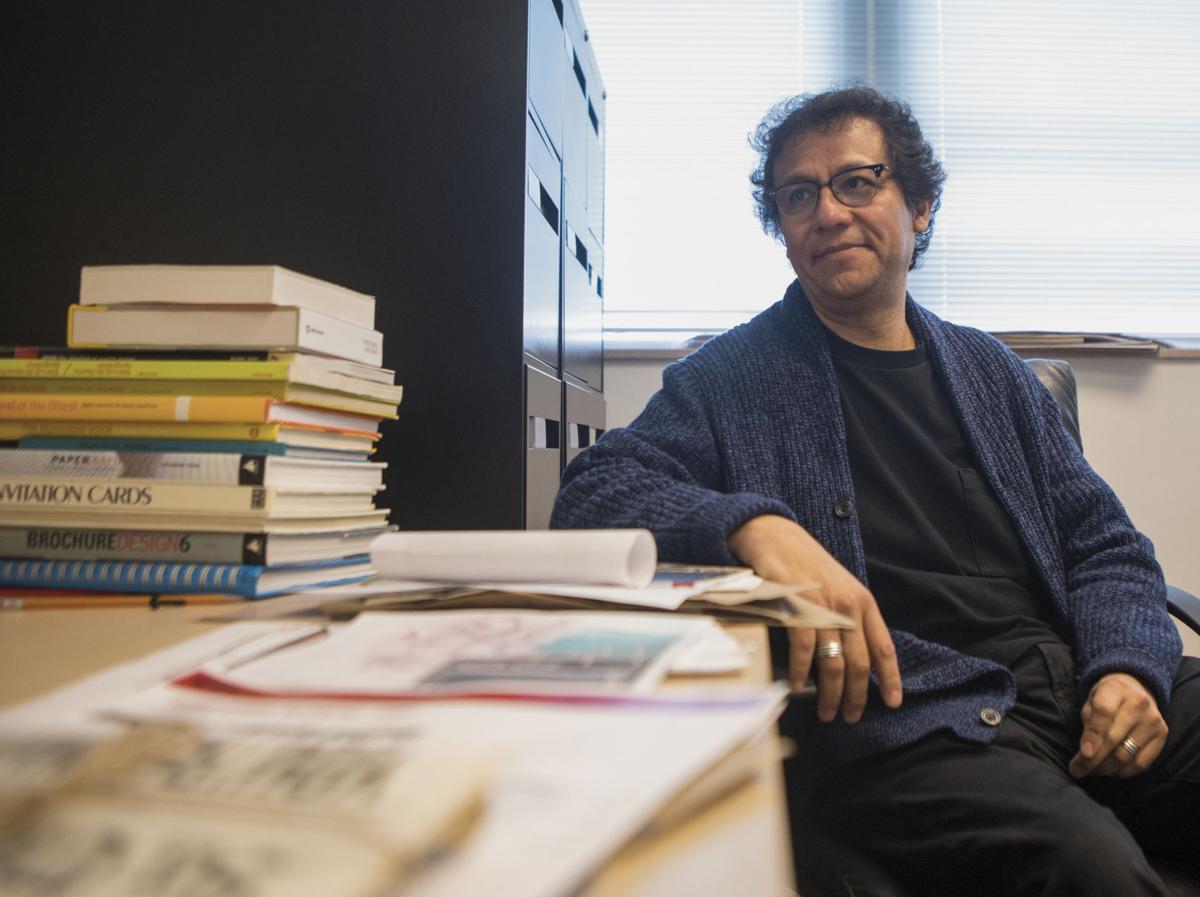 Every year, the University of Nebraska-Lincoln welcomes hundreds of international students from countries all over the world. Many of these students travel to the United States looking for new opportunities and to experience new cultures.

For UNL advertising and public relations assistant professor Octavio Kano-Galvan and political science associate professor Sergio Wals, their reasons for immigrating to the United States from Mexico were no different. From experiencing a new culture, to feeling welcomed by the politeness of Midwesterners, to the many students and colleagues they interact with every day, both Kano-Galvan and Wals said moving to the United States was the right decision for them.

Born and raised in Mexico City, Kano-Galvan said his childhood was a little different than that of a typical Mexican kid. His father was Japanese, and his parents raised him and his brother as Jewish, unlike the country’s Catholic majority.

But it wasn’t until he was older that Kano-Galvan realized he grew up differently than his friends.

“Everything was different in my house, but I didn’t know,” Kano-Galvan said. “When I started going out with my friends, I realized not everybody was eating fish the way I was eating it, and the meals I was having were not exactly the same.”

Now as a professor in the College of Journalism and Mass Communications, Kano-Galvan said he was always interested in the visual arts and communication while growing up, but his parents were not as keen on the idea as he was.

“I’ve been in art school since probably age 6,” Kano-Galvan said. “So I wanted to pursue careers in the art field. At the time, [my family] thought it was cute, but it wasn’t a real career.”

Though his parents wanted him to study something they deemed more practical, like engineering, Kano-Galvan graduated from the National Autonomous University of Mexico with degrees in both graphic design and industrial engineering.

After graduation, Kano-Galvan worked on major film projects, such as the cinematography and photography crews for “Titanic,” which were experiences that gave him his first taste of America. In between projects, Kano-Galvan said he found an opportunity to take English classes at Indiana University Bloomington.

“That’s when I cut my ties with Mexico and the movie industry and started doing something else,” Kano-Galvan said.

While looking toward the next step in his life, Kano-Galvan came across a job opening in UNL’s College of Journalism and Mass Communication. After he and his wife decided they could afford to make the move, and reflected back on all the great times they had in the Midwest, Kano-Galvan applied for the job and got it.

“We missed that part the whole time we were on the East Coast, we missed the friendliness of the people in the Midwest,” Kano-Galvan said. “People will say ‘hello’ to you for no reason, and the first time that I came to Indiana everyone was saying ‘hello’ to me and I was thinking, ‘What’s wrong with these people?’ And their reality was that I was wrong, and there isn't anything wrong with saying ‘hello’ to everybody.”

Back in Mexico City, around the same time Kano-Galvan lived there, Sergio Wals said he had a normal and happy childhood. Growing up, his parents worked full time — sometimes more than three jobs — to provide for him and his brother.

When he was younger, Wals said he and his dad would spend New Year’s Day watching college football bowl games on television. One of his favorite teams, Wals said, was always the Nebraska Cornhuskers.

“[The Huskers] were always winning, and I loved the red and white in their uniforms,” Wals said. “You know if anyone had told me at that point, ‘One day you’re going to be a professor there,’ I would have never believed that.”

But even from a young age, Wals said he began to take an interest in political science, and the exposure he had to politics in Mexico steered him in the direction of his current career.

“Very early on, I started becoming aware of political and economic changes in Mexico,” Wals said. “And little by little, those changes and that awareness led me to become a political science major.”

When he came to the U.S., Wals said he had no intention to stay for long. He first moved to the U.S. to get his doctoral degree at the University of Illinois at Urbana-Champaign. After graduating, he thought he would move back to Mexico to teach at his alma mater. But after a few years in the United States, and due to the mentors and friends who made him a better scholar when he was in Illinois, Wals said he changed his mind.

“It was one of the best things that could have happened to me,” Wals said. “I still have deep, deep love for the University of Illinois and the department of political science there. They changed my life for the better.”

“The main consideration was professional, and that’s because of the reputation of the department of political science and our discipline for extraordinary faculty members in political behavior,” Wals said. “There’s a tradition of excellence recognized nationwide.”

Now that they’re both in Nebraska, Kano-Galvan and Wals said they feel like this was the right fit for them at this point in their lives.

“The first thing I noticed when I came [to Nebraska] to visit, I said this smells like Mexico,” Kano-Galvan said. “Nebraska has the smell of Mexico City where I grew up at the time.”

“I thought this would fill that gap to see how [college-aged] people feel and think and revitalize my life experience. So I was thrilled to come to Nebraska,” Kano-Galvan said.

After working with students at UNL for two years, Kano-Galvan said the students have impacted his life, but more importantly he feels as if he can leave an impact on theirs as well.

“I am very happy to interact with all of [the students], all the people here,” Kano-Galvan said. “The students are great, I feel as if there's something for me to contribute to their career.”

As a professor for many of the college’s visual communication classes, Kano-Galvan has been able to connect with many students and has helped them grow creatively. For senior marketing major Jess Nguyen, she always knew Kano-Galvan was there to help her with her projects if she needed it, and she always felt like he was pushing her to do better.

“He is the type to point out the positives in your work, but he also positively critiques your work. When he gives you suggestions, it's because he knows you can improve,” Nguyen said. “He always ended the class saying, ‘Remember, if you ever need help, I'm in the lab, and we can work things through step by step.’”

Wals said he feels similarly to Kano-Galvan about his experiences teaching at UNL. For him, he feels most rewarded by teaching students, being a boss in his own classroom and making an impact on students’ lives.

“If I can be a meaningful impact on a student every now and then, one student at a time, that’s something that’s worth aiming for,” Wals said.

“His passion for the course subject and his investment in the success of his students is unparalleled in the political science department at UNL,” Safranek said. “He also went out of his way to get to know his students personally and support them across all of their endeavors, academic and extracurricular.”

As for the environment at UNL, Wals said he enjoys working here especially with the other professors in the political science department. But when it comes down it, Wals said his favorite part of working at UNL is the time he gets to spend with his students.

“I think students are always eager to learn, regardless of their level of engagement,” Wals said. “For the most part, students here are willing to change, to open themselves up to new knowledge, even if its contrary to what they know thus far. That interaction with students is so rewarding.”

Like Wals, Kano-Galvan said he enjoys being part of the UNL community, working with students every day and being surrounded by the kindness found all over the Midwest. Though he enjoys how welcoming Nebraska is, for Kano-Galvan, nothing can beat the hardworking and inclusive environment that comes with being a professor at UNL.

“At UNL, I have felt comfortable and appreciated by my students and colleagues. I appreciate the modesty of Nebraskans and their work ethic,” Kano-Galvan said. “Here, people collaborate, are empathetic and work toward a common goal, to make Nebraska better every day. It’s a great feeling to be part of this academic community.”