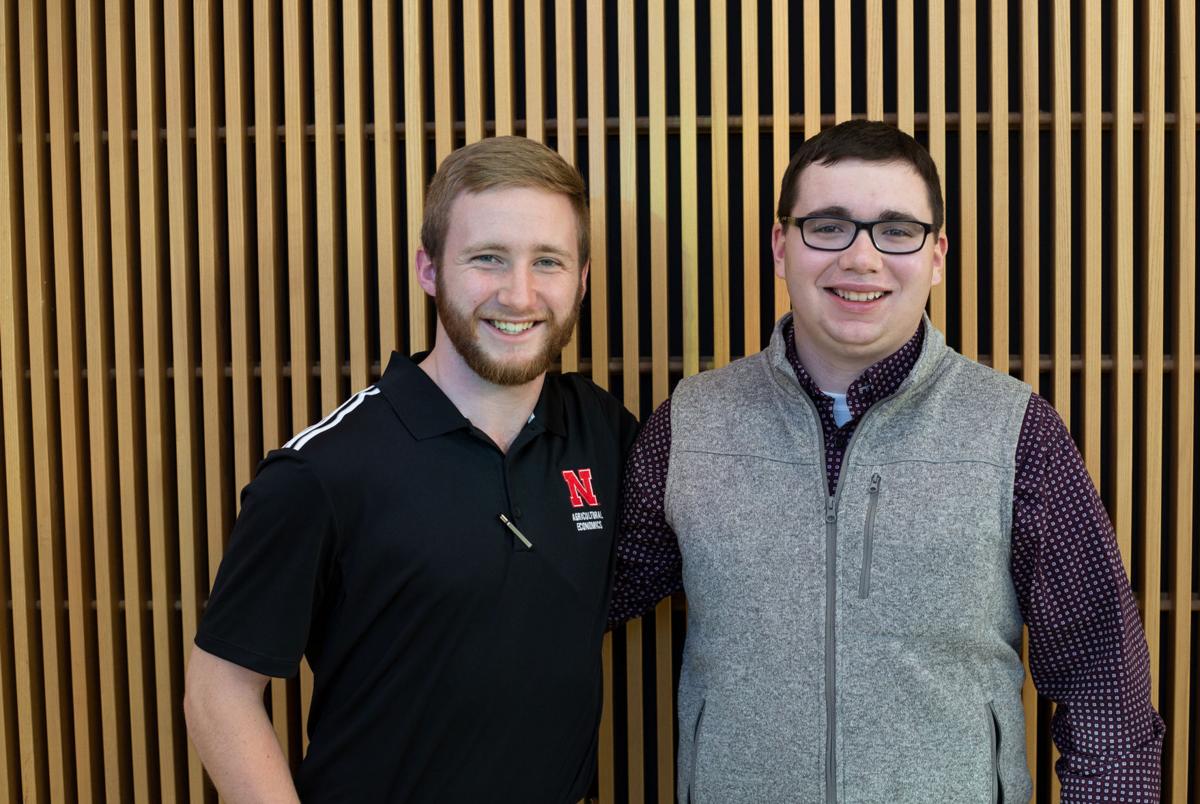 Kaleb Kindler (left) and Brock Vetick (right) pose for a portrait after winning a scholarship during the 2019 Husker Hustle in Howard L. Hawks Hall in Lincoln, Nebraska, on Friday Dec. 6, 2019. 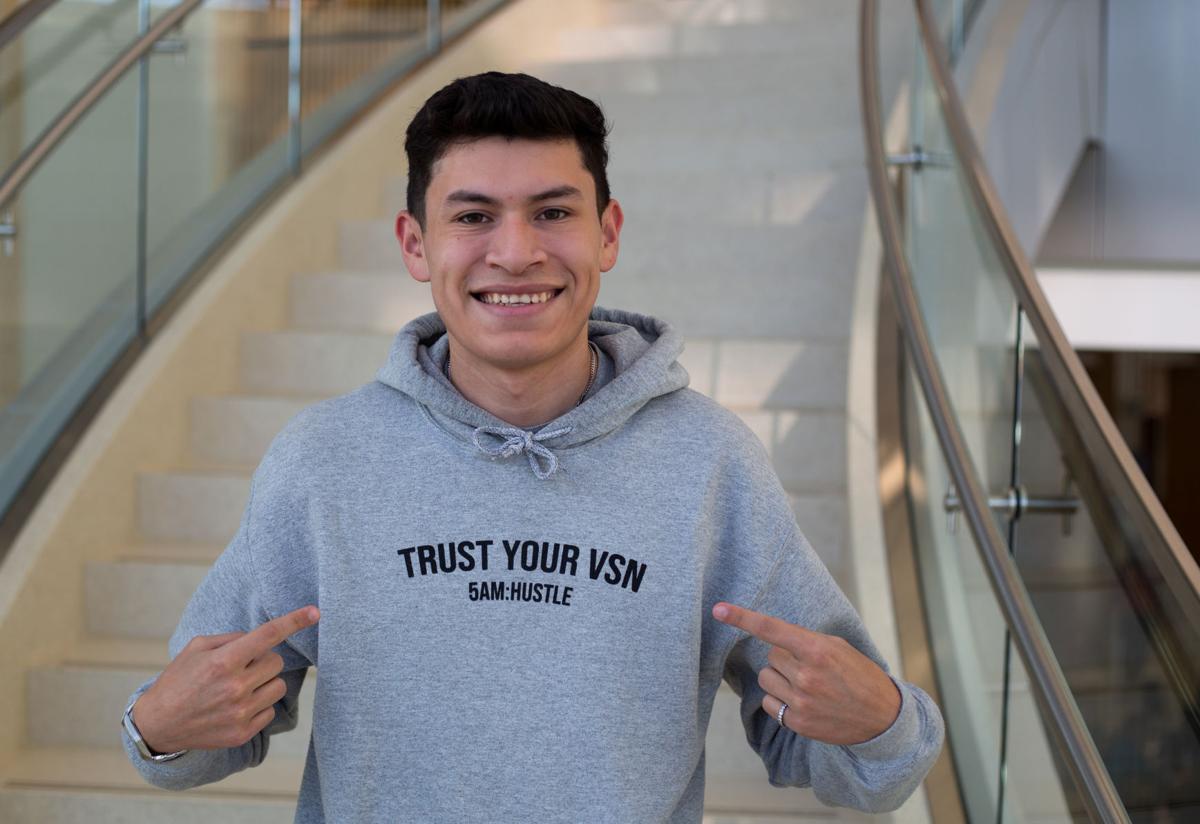 Edwin Mendez-Rodriguez poses for a portrait in his brand's hoodie after winning a scholarship during the 2019 Husker Hustle in Howard L. Hawks Hall in Lincoln, Nebraska, on Thursday Dec. 5, 2019.

That’s what associate director of the Center for Entrepreneurship Samantha Fairclough was looking for when she judged the first Husker Hustle Scholarship Competition.

Husker Hustle was a pitch competition held on Dec. 2 where students had up to 15 minutes to justify why they should receive one of two $2,500 scholarships being awarded, according to Fairclough.

“[Their pitch] could be a personal dream, a business plan or a combination of the two,” Fairclough said.

The money for the scholarship was donated by Janna Ronert, a University of Nebraska-Lincoln alumna and CEO and founder of IMAGE Skincare. According to Fairclough, Ronert decided to donate the money after visiting the College of Business and meeting some of the young entrepreneurs there.

Fairclough said this was the first time the competition was held, and it will be held again next semester. After that, it will become an annual occurrence.

Kindler and Vetick presented a plan for a company they want to pursue called Agripoint.

According to Vetick, the main goals for Agripoint include helping farmers diversify their operations and helping landowners and the farmers who rent from them align their goals for mutual benefit.

“Young farmers are getting started, but they’re not quite sure what to do,” Kindler said. “We look to get into that space to say, ‘Hey, we’re your peers. We’re looking to learn these things alongside you but also bring what we already know to your table and help you grow.”

Vetick said he came up with the idea for the company earlier this semester after listening to professors talk about frustrations between landowners and farmers during a seminar at the School of Natural Resources.

For Kindler, he knew he wanted to pursue agribusiness since his sophomore year of high school. Three weeks ago, Vetick pitched his business idea to a class Kindler was attending.

“It was just kind of a lightbulb moment,” Kindler said. “We could expand this, we could build on this, we could make it so much more. So, I approached him after class.”

The duo talked it over, decided to become partners and made a game plan. They did not realize they could apply for the scholarship until the day it was due, they said, but still managed to get all the application materials in on time.

“This $2,500 investment … translates into peace of mind for all these farmers and landowners we’ll be working with,” Vetick said. “It allows us to acquire the necessary human capital here at the university, and then we can inject that into our business model and really serve Nebraska agriculture.”

For Mendez-Rodriguez, he enjoyed pitching his business at the competition.

“My favorite part of the event was presenting,” he said. “I could talk for days about my business and where I want to take it.”

He presented the business he started as a senior in high school called 5am:Hustle.

“I started it with $10 I had because I didn’t have much money,” he said. “I don’t come from a very wealthy family, and what I had in my pocket is what I started with.”

5am:Hustle is an e-commerce business that makes money by reselling items such as sneakers, apparel, accessories and Supreme brand items. Mendez-Rodriguez said the supply of the items he sells is low, and the demand is high, so their value goes up after they are originally purchased.

“Our whole mission is to always stay hustling,” he said, “but always remain humble at the same time. Don’t let the success or the money change you on your way to success.”

Mendez-Rodriguez said he plans to eventually use his business to give back and help others.

“The whole inspiration came from just wanting to do something bigger than myself,” he said. “I want to be able to give back, whether or not people ever gave to me.”

The scholarship will relieve some financial stress, Mendez-Rodriguez said, and winning it is a memory he will always cherish.

“Just knowing that the small little business I started when I was 17 got me a scholarship in college,” he said, “it means a lot to me.”