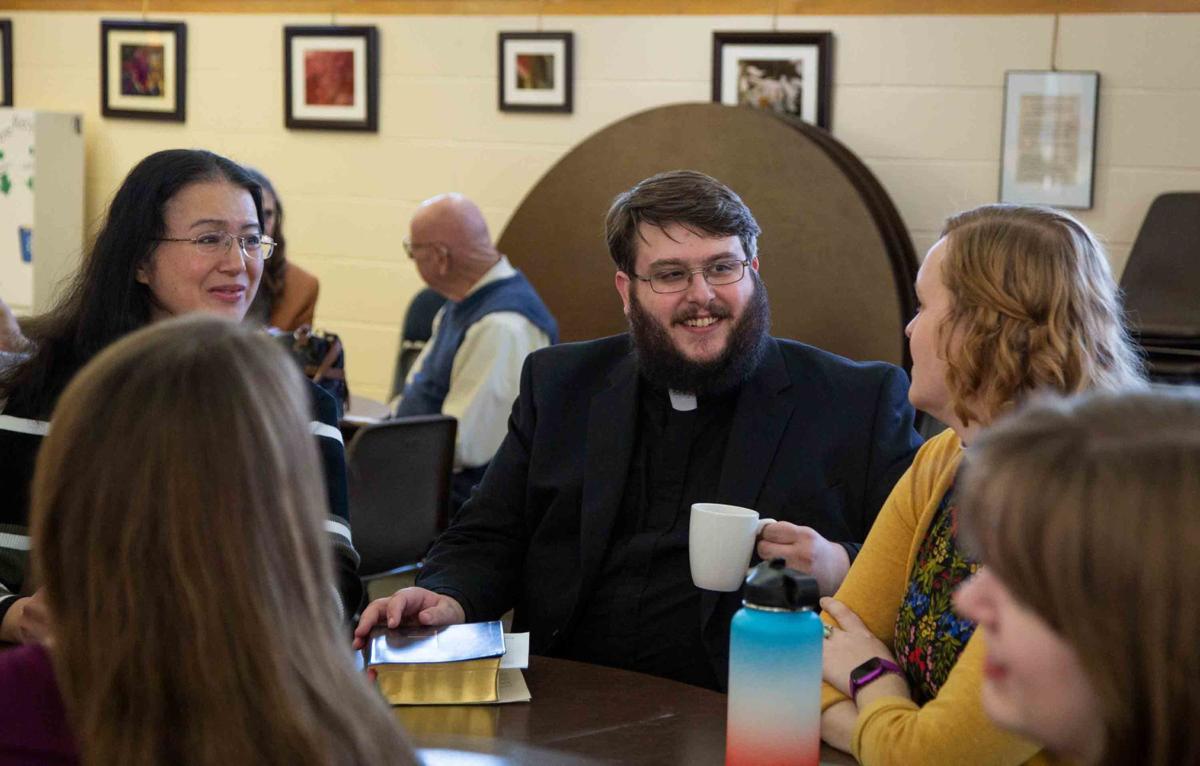 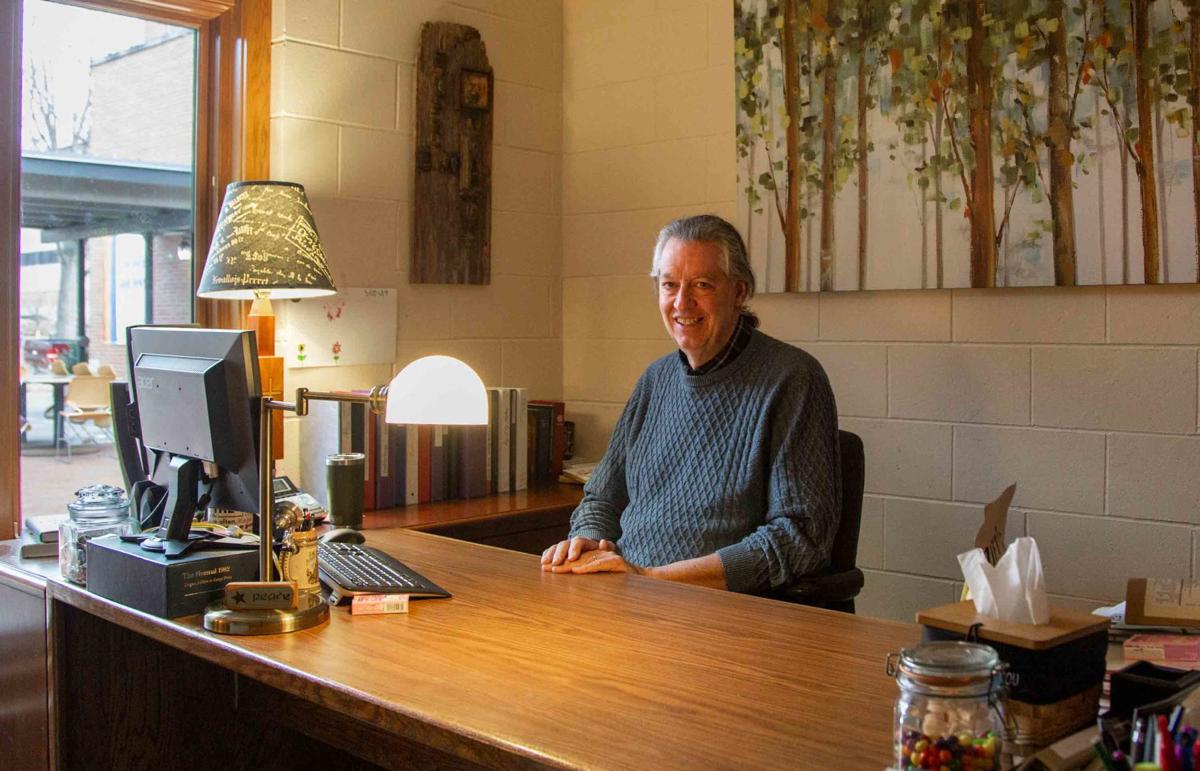 Bill Huenemann, parish administrator for St. Mark's Episcopal Church, poses for a portrait in his office at St. Mark's on Monday, Feb. 17, 2020, in Lincoln, Nebraska.

Bill Huenemann carries his coffee into the lounge area adjacent to the kitchen at St. Mark’s on the Campus Episcopal Church, sitting at a round table away from the group of college students in the back of the room.

“Those are the Lutherans,” Huenemann, St. Mark’s parish administrator, jokes about the noisy young adults.

Those students are, in fact, part of The Lutheran Center. Their church is currently undergoing a complete renovation, so St. Mark’s offered up its space for The Lutheran Center to use for its services. Lutheran services began at St. Mark’s this summer, and are estimated to remain there until October 2020.

Despite the difference in denominations, members of both congregations have been nothing but warm and welcoming to each other, Huenemann said. The Lutheran Center rearranged its service times to avoid conflict with the episcopal services. They have even held some joint services, such as their Thanksgiving meal and Christmas sermon.

“To have a congregation we have a relationship with is a gift, especially one that’s part of a different tradition,” Adam White, campus pastor at The Lutheran Center, said. “I think we can learn a lot from them and I hope it is something we can continue.”

White said many of the college students who are members of the congregation used the facility as a place to study, relax and hang out with friends. The church looked at other temporary locations to hold services, but needed a space that could also continue serving as a getaway for students.

“One of the neat things about [St. Mark’s] congregation is they want to use their building for things other than the Sunday worship,” Huenemann said. “Because, otherwise, it sits here all week not being used.”

To this end, St. Mark’s turned the far end of its community space into a cozy corner outfitted with furniture brought over from the former Lutheran Center.

“The idea of it was to just give them some additional stuff that felt like home,” Huenemann said. “My understanding is that when they go back to their new building, they’re going to get new furniture, so some of this will stay here.”

Some of the students who regularly attended The Lutheran Center said having a place they could still hang out and study at helped ease their transition to a new space.

Dylan Spilinek, a senior theatre design and technical production major and a peer minister for The Lutheran Center, said his peers used the center not just as a place of worship, but also a place of refuge from their busy lives. According to Spilinek, St. Mark’s has done its best to accommodate The Lutheran Center members and give them a place to relax.

“There was a lot of concern about how it would work [at St. Mark’s],” Spilinek said. “But so far, I’ll walk in and there’ll be some St. Mark’s people, and they’ll be so happy to see you. It feels extremely welcoming.”

The road to coexistence was not entirely easy. Natalie Shepard, chair of the communications committee and an almost 30-year member of St. Mark’s, said there were some troubles at first with conflicting schedules.

“There have been a couple of little bumps along the road,” she said. “But it has really been fun.”

Huenemann said St. Mark’s does not have many college student attendees, and he hopes White can help the congregation work on ways to appeal to youth.

“One hope I have for the time they are here is that we can help St. Mark’s cultivate an imagination for how they can more deeply engage in student ministry,” White said. “My hope would be that St. Mark’s grows into a thriving campus ministry because the way I see it is, it’s a lot more fun when you have people to play with.”

The addition of students from The Lutheran Center who liven up the atmosphere is more than welcome, Huenemann said, who has worked at St. Mark’s since 2016.

“[A] typical day is very quiet,” he said. “It’s just a completely different feel during the day now than my first couple years here, and it’s been fun getting to know the students.”

Shepard echoed Huenemann’s sentiments and said many members of St. Mark’s have enjoyed the energy that the students bring.

Members of both The Lutheran Center and St. Mark’s expressed their pleasant surprise at finding they have more in common with each other than they had expected, despite being from different backgrounds.

“It’s been interesting for me to see where we are actually very closely related,” Spilinek said. “Both parties have been super accepting and welcoming.”

Shepard compared the temporary joining of the two churches to a large family reunion.

“You may know a few of the people there, and there are a lot that you don’t know,” she said. “But you still have this common bond.”