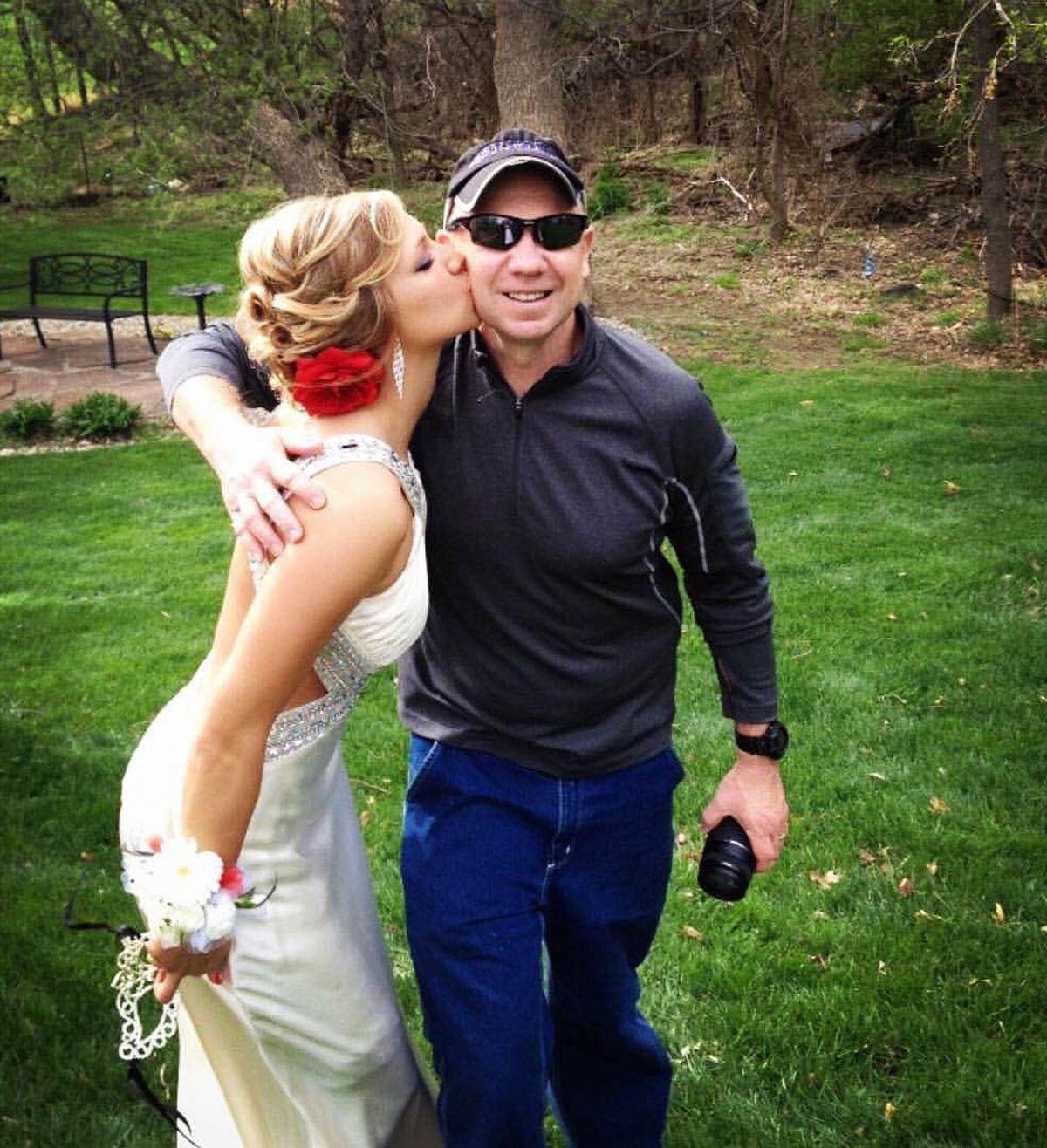 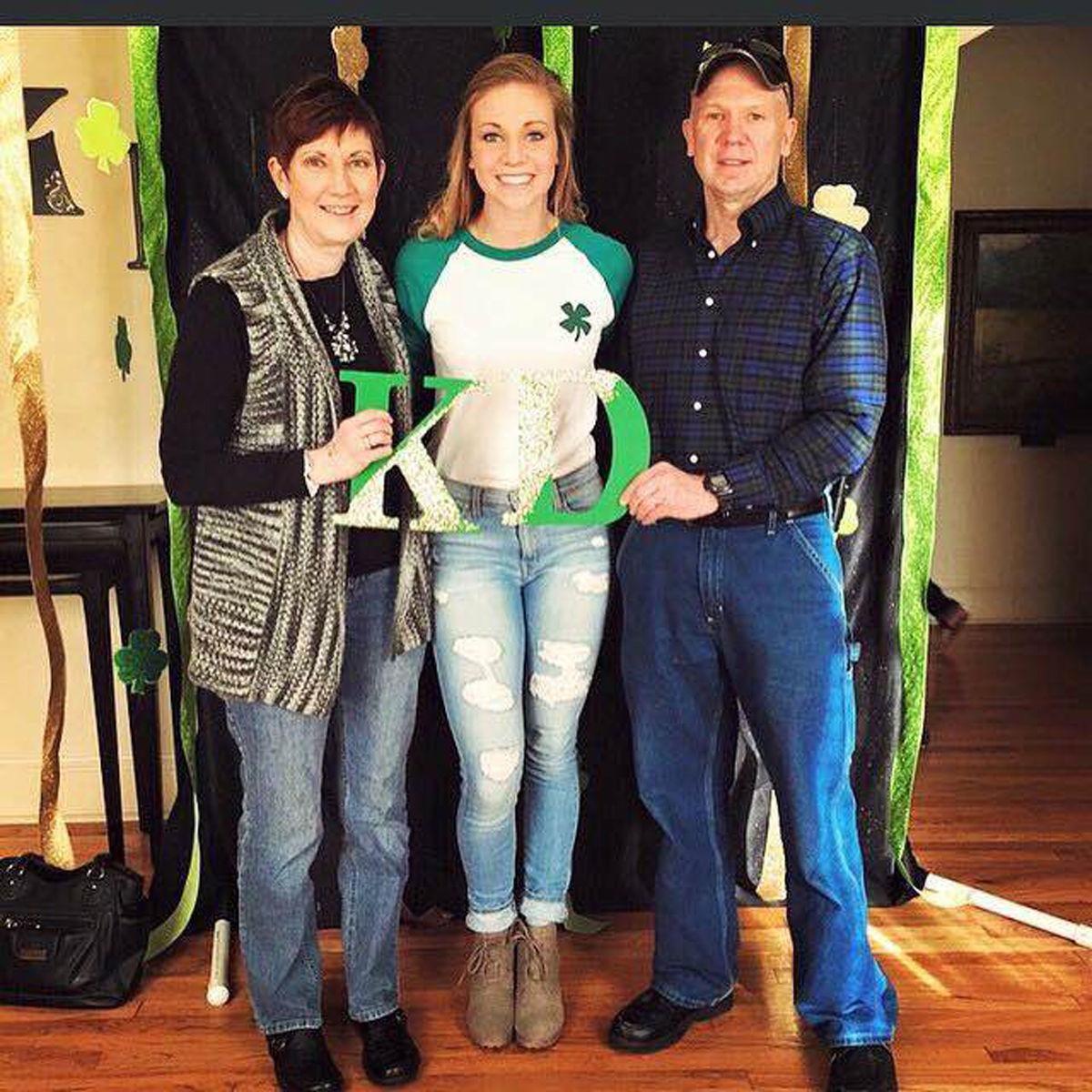 As University of Nebraska-Lincoln junior Alison Walla reaches for the barbell, she can feel her stress begin to melt away.

Every lift, every push-up, every squat shoves her anxiety further into the depths of her mind.

When she’s running, she isn’t thinking about her upcoming exams.

When she’s lifting weights, she isn’t worried about graduating.

For the nutrition exercise health science and pre-sports psychology major, fitness is more than just a way to stay in shape; it’s her outlet for raising awareness about mental health issues.

Her dedication to being physically active is nothing new. At high school in Milford, she participated in several sports.

She traces the roots of her fitness to the mornings she and her dad would arrive at the gym at 5 a.m. so they could work out and lift weights together.

Those memories are partly why his suicide came as such a shock this spring. According to Walla, he never showed any signs of depression.

“He never ate very sugary sweets or anything like that,” she said. “If he worked out all the time and he ate healthy, how come this would happen to him?”

After her dad’s death, Walla decided she had to do something to help others battling depression, anxiety and other mental illnesses. She added pre-sports psychology as a major this year with the goal of creating a gym to help people with different mental disorders.

At her gym, people could have problems ranging from depression because he or she can’t lose weight, to anxiety and everything in between. She labeled her dream job as being a “therapist for athletes.”

“Instead of giving them pills, I would be incorporating exercise and healthy diets into their lives,” she said. “Pills help me out a lot, but sometimes it’s not enough. The exercise part of it really helps me out. Going and just working out when I have anxiety helps me feel better about myself.”

While she said her vision of a gym will have to wait until after she gets a masters in sports psychology, she still wanted to make a difference while at UNL. She came up with the idea of selling t-shirts in order to raise money and awareness about mental health issues, specifically suicide prevention.

The statistics on this issue drive her. According the Centers for Disease Control and Prevention, suicide was the 10th leading cause of death in the United States in 2014 and the second leading cause of death for people aged 15 to 24 . Because college can be an especially stressful period in someone’s life, she wants more students and professors to be aware of this statistic, she said. She said she hopes professors would reach out to students they see struggling in order to prevent further tragedy.

For each one of her shirts sold, a dollar will be donated to the American Foundation for Suicide Prevention. T-shirt orders are not being processed at this time, but will be available to purchase again in the spring.

As a member of the Kappa Delta sorority at UNL, the Greek community was important to her project. The shirts, which say “Greek Fit,” are aimed to start a conversation about why exercise is a good way to improve both physical and mental health.

Every girl in her sorority has been there for her during this difficult time in her life, Walla said. Some girls simply leave her notes in the morning to say good luck on a test – small, kind gestures which have made a huge difference as she begins to heal from her loss.

McKenzie Kuska, a junior nutrition and health sciences major and member of Kappa Delta, said the women in their house sometimes struggled with what they could say or do to help. But no matter what, they always made sure Walla knew they cared.

“It’s kind of given her another family,” Kuska said. “She’s definitely the strongest person I’ve ever met, both emotionally and physically. She doesn’t quit.”

There’s more to fitness than becoming the biggest, fastest or strongest. For Walla, it’s about the joy it brings her and the connection it provides her to the memories of working out with her father.

She said she hopes her situation will inspire others to never let a terrible event dictate the rest of their life.

“One of my big mottos is to take a stand against mental illness,” Walla said. “I think the impact I want out of these t-shirts is honestly to change what happened to me and turn it into a positive influence to help others.”