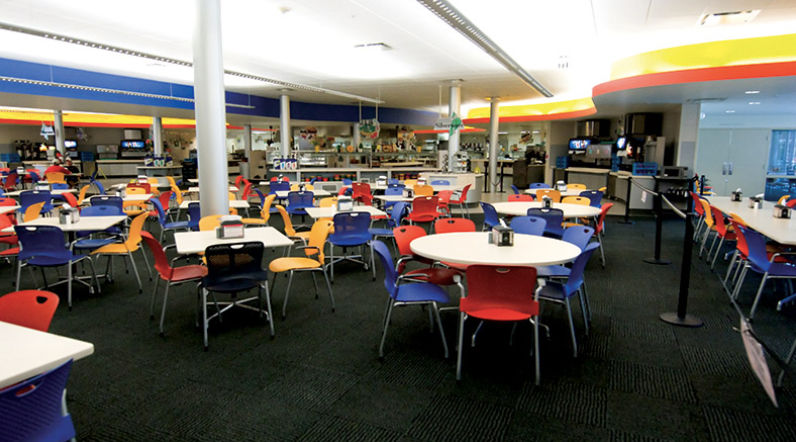 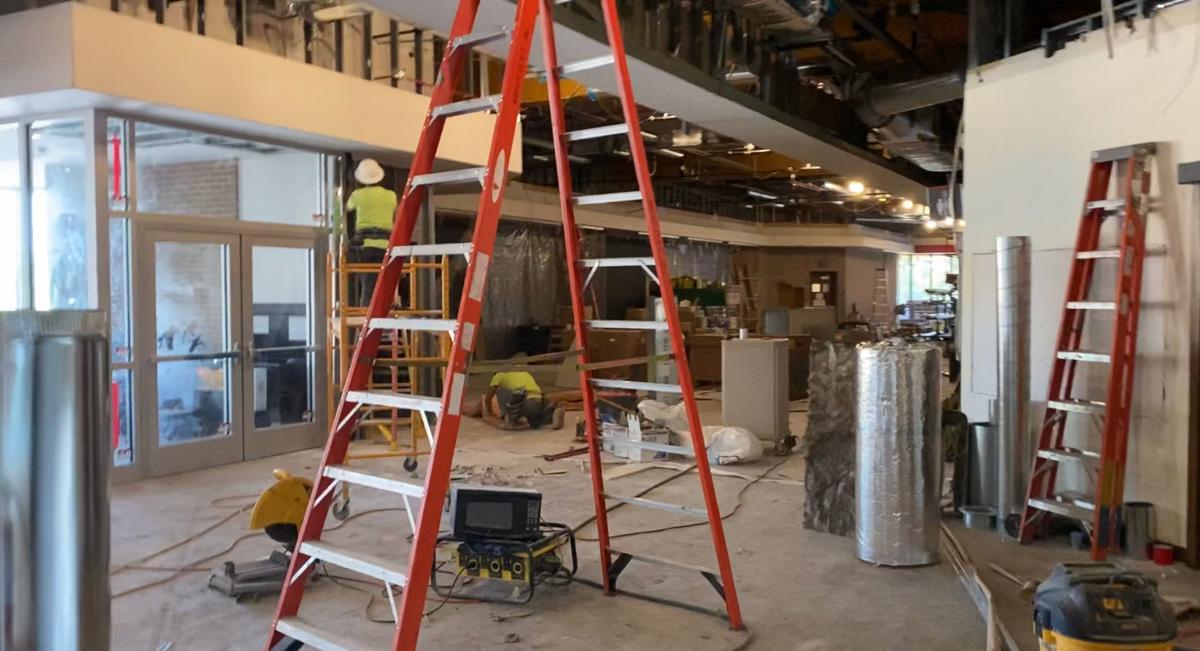 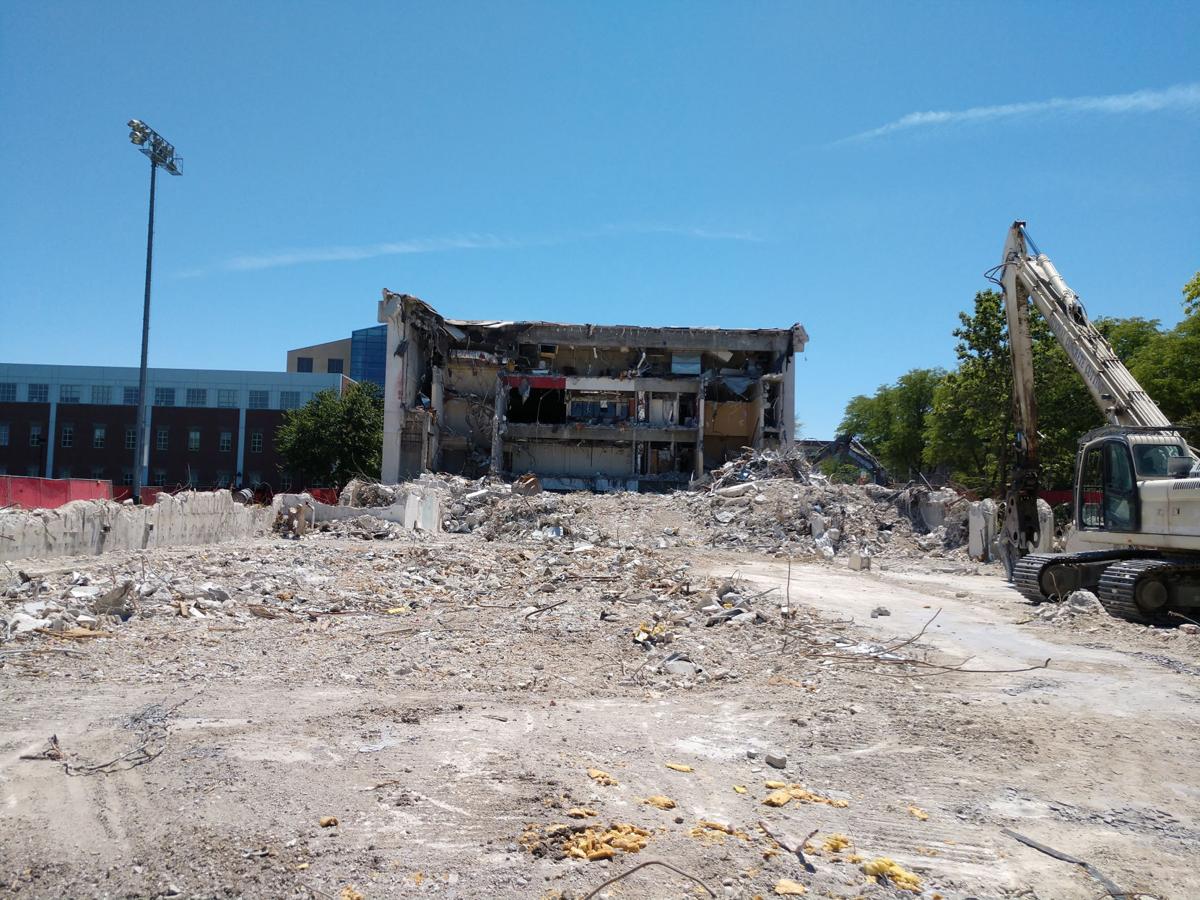 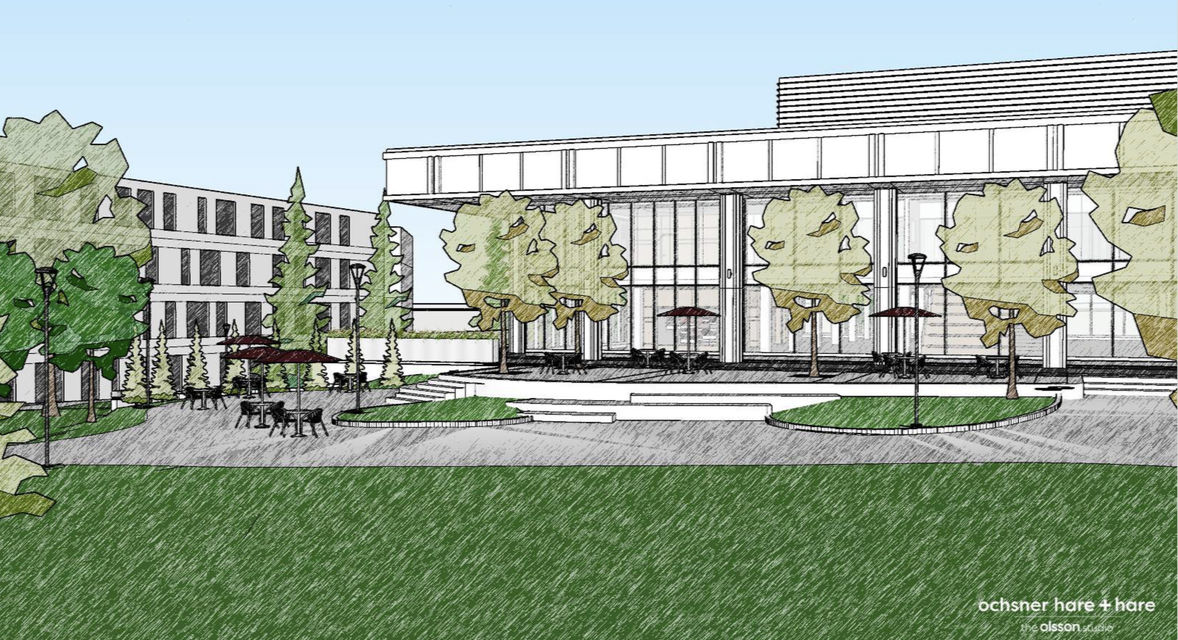 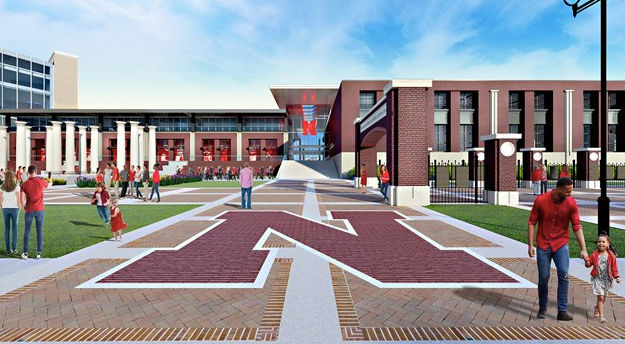 Several construction projects at the University of Nebraska-Lincoln have continued despite each facing its own challenges due to the coronavirus.

The Husker Football training facility and the Selleck Dining Center have been directly impacted by the coronavirus pandemic with each project facing delayed starts. The pandemic has only slightly impacted the Scott Engineering Center Link and has not affected the C.Y. Thompson Library and Dinsdale Family Learning Commons or Mabel Lee Hall, while the Nebraska East Union’s renovation has progressed faster than originally anticipated.

All communications were conducted through email.

Andy Smriga, assistant director of operations for the Nebraska East Union, said that since October 2018, the union has been in the process of a $28.5 million renovation.

The renovation includes: a 30% expansion of the Great Plains Room, dining moving to the first floor with expanded food and seating options, an upgraded bowling center, a brand-new Starbucks located at a newly added south entrance and an increased number of lounges and study rooms, according to Smriga.

The Dairy Store reopened in fall 2019, and the Starbucks and new lounging spaces opened in March.

Smriga said that since the union closed due to the COVID-19 pandemic, construction workers took advantage of the closing to expedite work and progress toward an earlier completion date than originally planned.

“We hope to be wrapping up the entire project sometime midway through the fall semester,” Smriga said in an email.

Currently, most construction is happening on the first floor to finish up the welcome desk and the bowling center and on the third floor to finish the meeting rooms and new office suite, according to Smriga.

On March 9 there was a mid-renovation open house prior to the building closing, according to Smriga.

“Seeing so many people back in the building, excited about the changes and using it in ways that we hoped they would was amazing,” Smriga said. “I cannot wait to open our doors back up, complete the project and continue to serve the campus community in ways we have since 1977.”

Smriga said the project will be a modern building that faculty, staff, students and members of the community can come and enjoy.

“This facility will be a pride point for the East Campus and hopefully the logical choice when you want to have meaningful conversations, host an event, relax or come to just to find out what’s going on and who you might see,” Smriga said.

About two-thirds of the second floor of the Thompson library will become a space for the Engler Agribusiness Entrepreneurship Program, Goodwater said. The $22.5 million renovation will also introduce virtual access to thousands of e-books, e-journals and academic journals.

The coronavirus has not affected construction and the learning commons will open to the public during the second week of January 2021, Goodwater said. The project is still on track to be done by spring 2021, according to Goodwater.

Goodwater said there will be multiple study rooms with extensive audio-visual capability, collaboration areas, conference rooms, learning stairs for presentations, a coffee shop and a one button studio, a comprehensive video recording setup which can be used without prior experience with video production.

“Students and faculty can expect to see a beautiful building with a much more welcoming entrance for all,” Goodwater said in an email.

Bradley Muehling, a project manager of capital projects, said the existing Scott Engineering Center Link within the College of Engineering will be demolished and replaced with a new link structure. The Link connects the engineering center to Nebraska Hall.

Muehling said the remodeling will provide space for research and teaching labs, as well as electrical and computer engineering and civil engineering department offices. Nebraska Hall will also have fire sprinklers, two new accessible entries and other accessibility improvements added, according to Muehling.

“The project will allow engineering research to be conducted in new, safe and state of the art facilities,” Muehling said in an email. “The design is intended to promote collaboration and efficient use of resources.”

Muehling said the labs located in the Link will be organized by lab tape on each floor, and labs with vibration sensitive equipment will be located on the lowest level. Muehling said this organization allows for efficient delivery of utilities, which was a challenge in the original design of the building.

Muehling said the COVID-19 pandemic has had very little impact on the work being done so far because demolition and site work has been done outside, where the workers can practice social distancing. However, Muehling said it is not clear how the pandemic might impact the work as the structure begins to become enclosed.

Muehling said he hopes faculty, staff and students will agree that the new building will be a wonderful addition to the engineering complex.

“The project should help recruit and retain top students, faculty and staff,” Muehling said. “I know that the project will improve the safety and productivity of everyone using the building. I think you will be shocked by how quickly things come together this summer and early fall.”

The demolition of Mabel Lee Hall has already started and Goodwater said the plan is to finish demolition and proceed with construction of the new building, which is still scheduled to be completed by spring 2022. Goodwater said the new building will have a similar footprint to the previous building, but the interior will be more suitable for its new use as both a classroom and office building.

Brooke Hay, director of capital projects, said the College of Education and Human Sciences and its need for additional classrooms at a central campus location were some of the key reasons for the project.

Hay said the new building will include a large auditorium and allow the education college to co-locate its programs. However, Hay said other groups, like UNL Campus Recreation, will no longer use the facility.

“Renovation and replacement were carefully studied and it was determined that the new building allowed for the best value and lowest cost over the long term,” Hay said in an email.

The $4.4 million project to renovate the Selleck Dining Center to incorporate new food and dining options would include about six different food areas, and the dining center would operate more like a food court with dining dollars accepted at every food area. Leslie Reed, director of public affairs, said the project would update the dining area, the dining islands and set-up.

Originally, the renovation would have started in May, and the goal was to finish around mid-October. However, the project has been put on hold until at least next summer, according to Reed.

Reed said the Selleck Dining Center will still continue to operate despite the renovation being delayed.

“They finished the design, but did not let it out for bids because of the financial uncertainty because of the COVID-19 situation,” Reed said in an email.

Keith Mann, associate athletic director of communications, said the project to build the $155 million football training facility was announced by Chancellor Green and Athletic Director Bill Moos in late September. Mann said Moos announced in May that construction would not begin in early summer as planned due to the coronavirus weakening the athletic’s budget, which interferes with the scheduled completion in summer 2022.

As part of the project, the new facility will connect with Memorial Stadium, vertical transportation for fans to enter and exit the north stadium will be installed and a new locker room, a new strength and conditioning center, an athletic medicine facility, an equipment room, meeting rooms, offices for coaches and another outdoor practice facility will be added.

Hay said despite there being benefits with continuing construction, it is important to be thoughtful about planning and priorities to ensure the finished result turns out as intended.

Although there is a pause on construction, the focus has been on completing the design phase, according to Mann.

“The ‘Go Big’ project remains a priority for the football program, athletic department and the University of Nebraska,” Mann said in an email.