Every Revitalize candidate who ran for a position won. Additionally, one inactive write-in candidate and one independent candidate won.

All University Program and Facilities Fees user requests were approved as well. 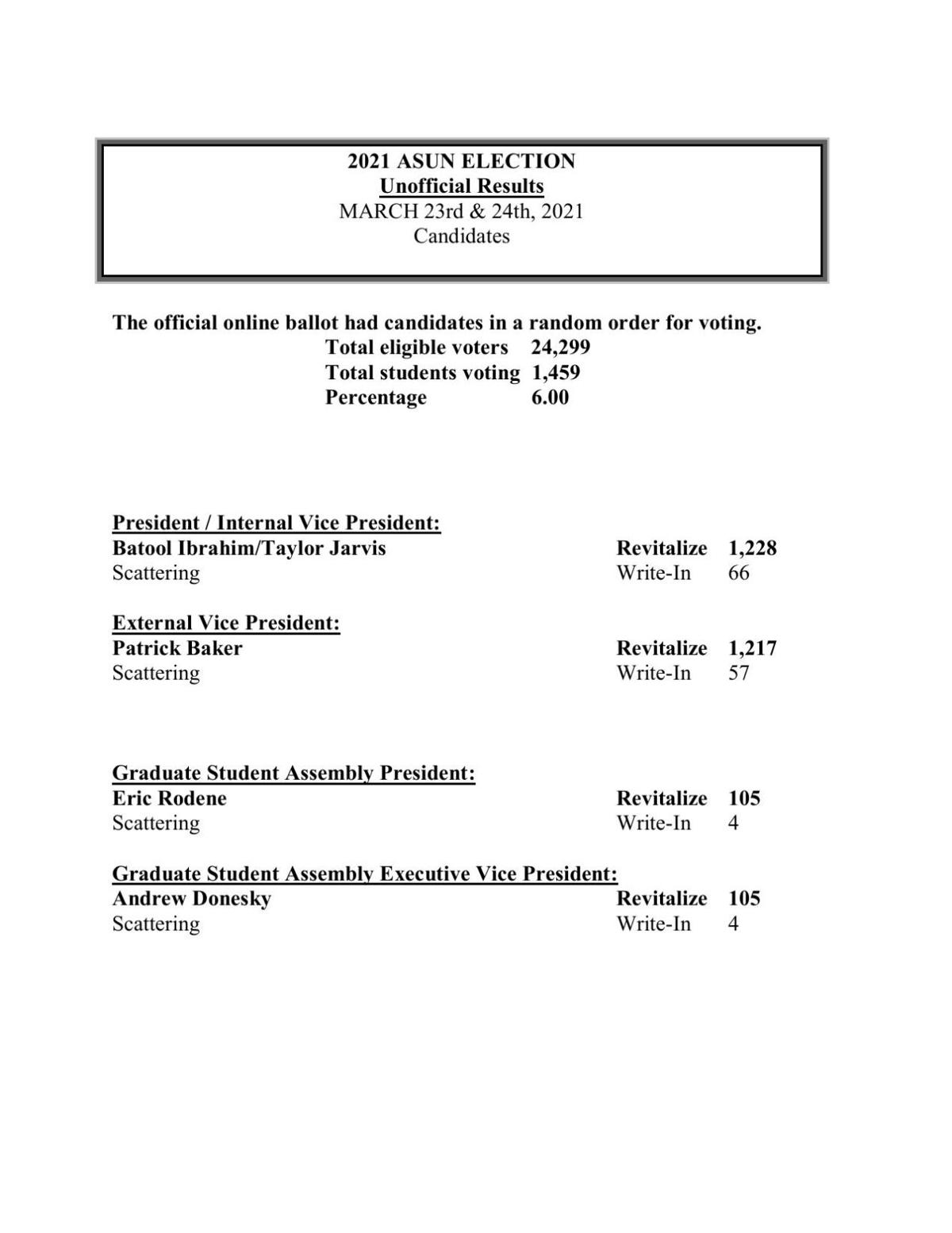 This same amendment was on the ballot last year and also failed.

“This was certainly a year like no other. The pandemic has altered everything we’re used to, and student government elections weren’t immune,” Jared Long, Electoral Commission director, said. “The challenges we faced this year gave the Electoral Commission an opportunity to critically examine our procedures, and we made institutional changes that should’ve happened long ago.”

President-elect Ibrahim said she is beyond excited about being able to serve the student body as the first Black ASUN president in school history.

“Everything that was on our campaign was something that we are all really passionate about,” Ibrahim said.

External vice president-elect Baker wants to make sure that students know how important ASUN is to the student body.

Baker said that it is crucial for students to understand the importance of ASUN because of the role it plays on campus, which includes allocating student fees.

Jarvis, internal vice president-elect, said that she is ready to begin her term in ASUN.

“I am so immensely excited,” Jarvis said. “ASUN is a thing I am the most passionate about with this university.”

Long said that the change to a more digitized electoral commission helped make this a more accessible election cycle.

“Specifically, the digitization of election forms was an important step toward making elections more accessible,” Long said. “This couldn’t have happened without the support and cooperation of Lauren Gayer in the Office of Student Affairs. We owe Lauren a huge debt of gratitude for her support in this process.”