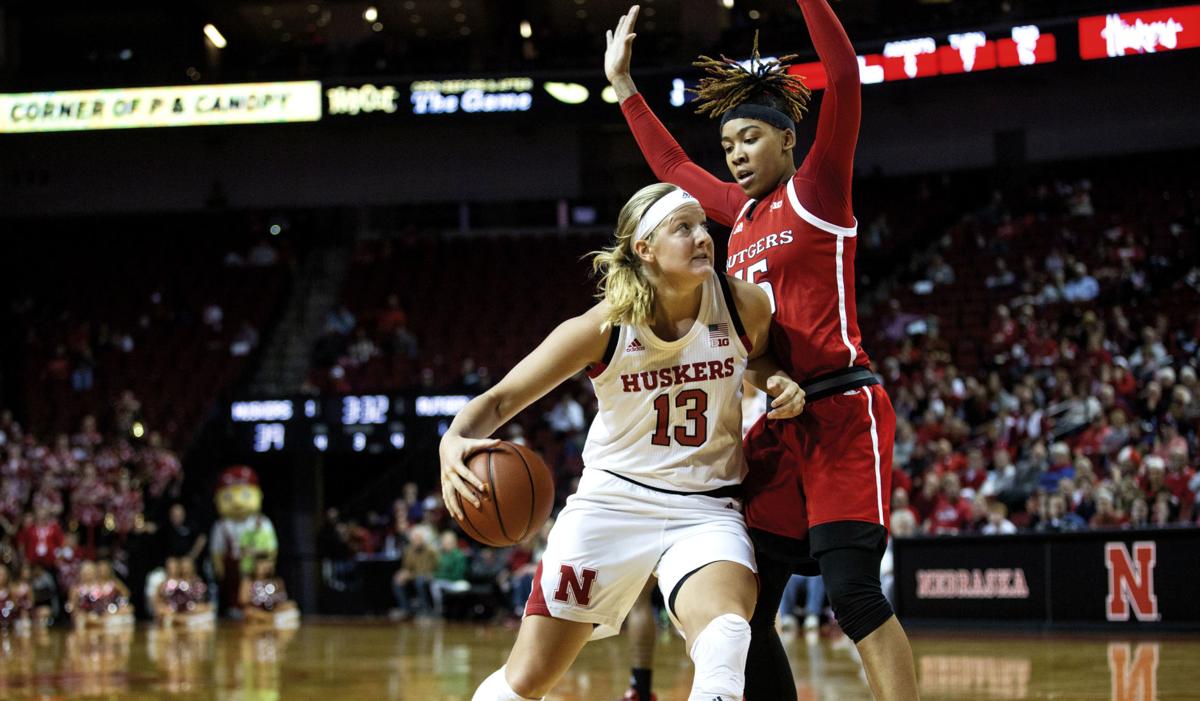 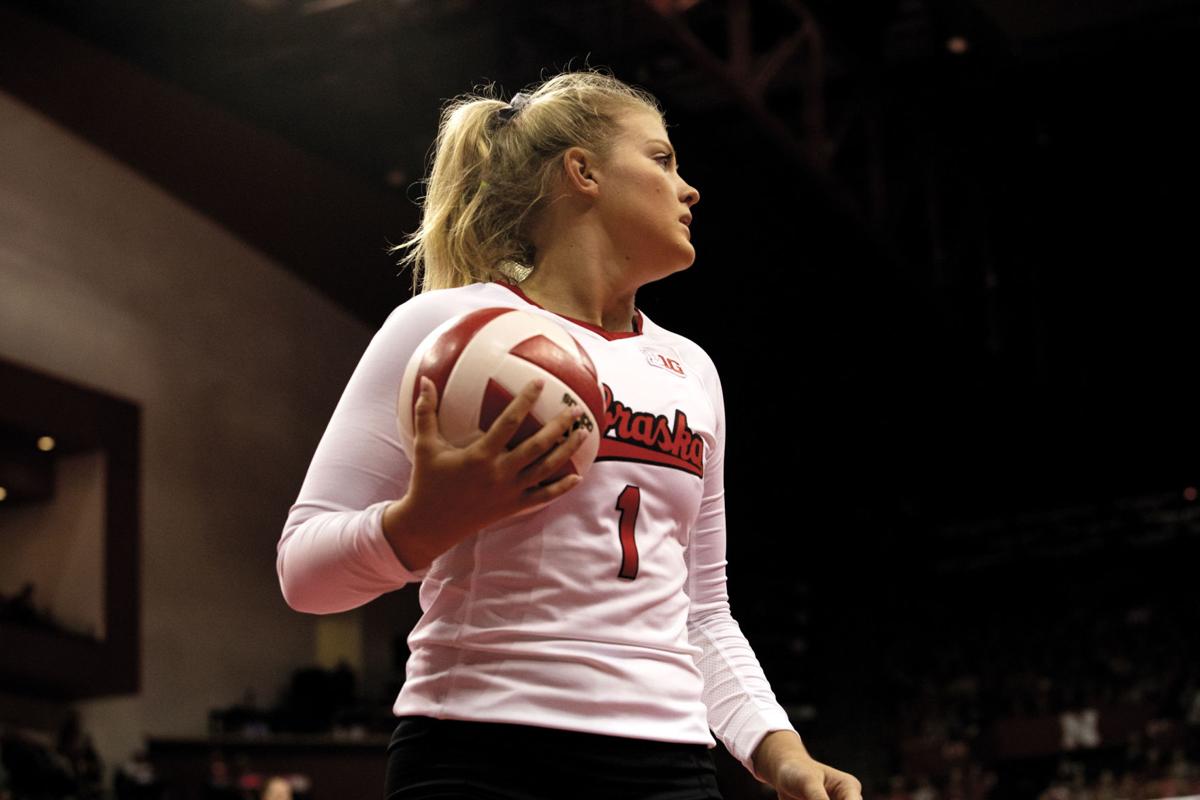 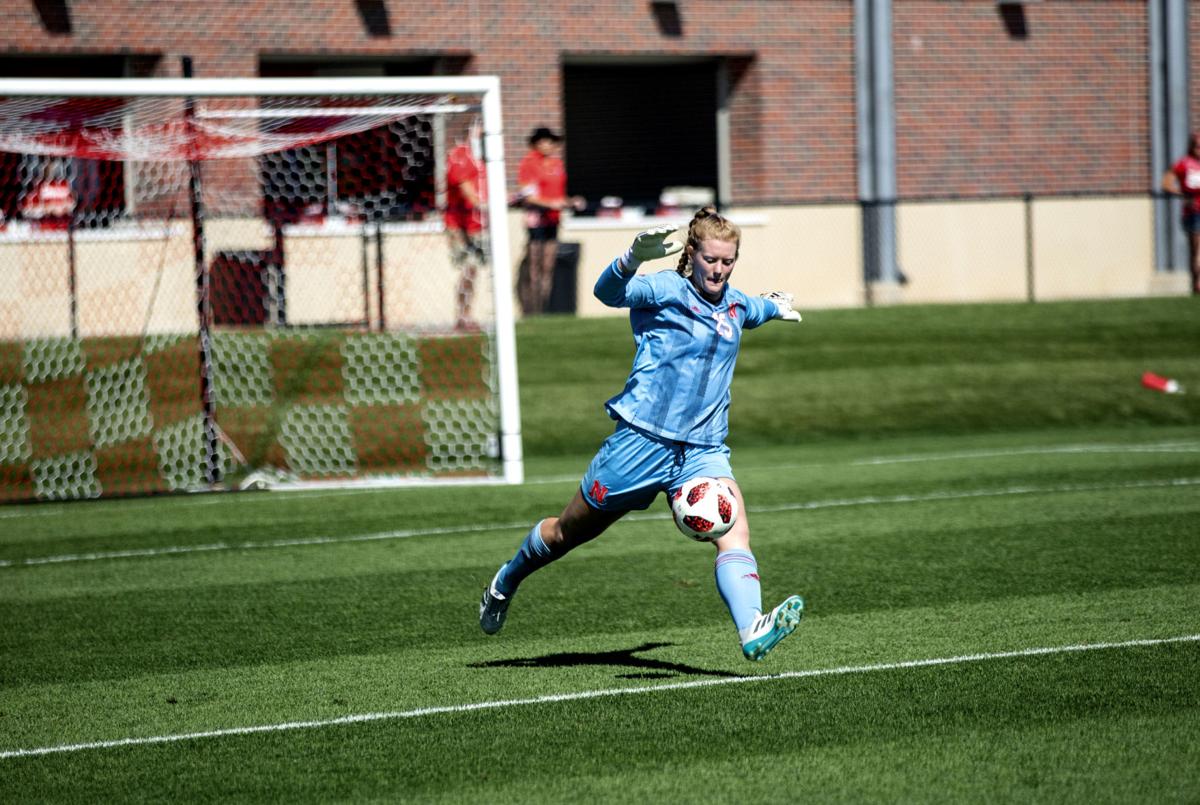 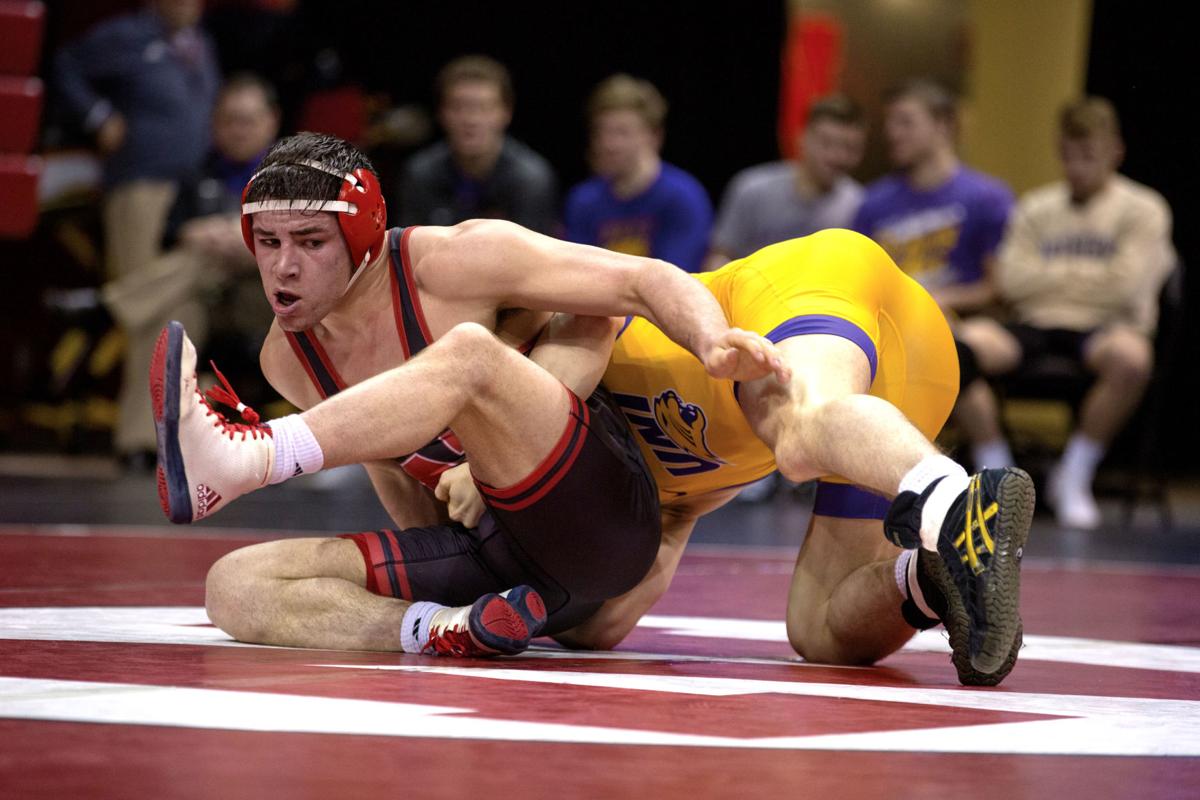 With summer coming to a close and fall classes starting back up again, it’s natural to feel a little down. But fret not because Nebraska sports are back, guaranteeing a smile on the face of many Husker fans. Last fall, Huskers set records and had great runs in a number of sports, but old faces have left and new ones are coming in. There are many to choose from, but here is a list of athletes from each fall sport that Husker fans should pay close attention to.

Incoming freshman forward Yvan Ouedraogo is just one of many intriguing pieces of Fred Hoiberg’s first team as the men’s basketball head coach. Right now, the Huskers are viewed by some as a team of scraps due to the number of transfers, but Ouedraogo is a player to watch.

Hailing from France, Ouedraogo is only 17 years old and one of the few freshmen, but his athleticism and 6-foot-9-inch frame could help him secure a spot in the rotation. At the 2018 FIBA U16 championships, he put up 12.7 points and 9.7 rebounds per game.

Although he is young, his overseas experience will help him get on the court earlier than expected.

On the women’s side, sophomore forward Ashtyn Veerbeek is one of the most exciting players for Nebraska. As a freshman, Veerbeek never started a game but was a valuable bench piece. She put up 6.9 points per game in just over 16 minutes per game and had the second-most blocks on the team.

With Maddie Simon graduating, Veerbeek has the chance to become a starter for Nebraska this season. Veerbeek shot 41.1% from the field last season and averaged almost one block per game, making her a much-needed two-way player for Nebraska. If Veerbeek continues her growth on defense, the Huskers can have a stifling defensive frontcourt with Veerbeek and junior center Kate Cain.

Senior Raquel Orozco has been another star in the historically great Nebraska bowling program. She is a two-time National Tenpins Coaches Associations(NTCA) first team All-American and scored a 205.8 average as a junior. The average was a decrease from the year before but was the best performing postseason player that is returning. In the first two rounds, Orozo had 407 points, second for Nebraska behind senior Meghan Straub.

After those two matches, the Huskers lost in the NCAA semifinals to Vanderbilt and Orozco could not maintain the pace of her first two postseason performances. Orozco will be much needed this season and she has the accolades to back up her performances. At the end of the season, it’s all about raising the title trophy and having the most individual achievements of the three seniors means more pressure on her.

As a freshman, George Kusche was an integral part of both the track and cross country teams. Kusche had a solid track season, running a sub-4-minute mile, but his presence was also felt on the cross country team. To start, Kusche’s first meet for Nebraska was a third-place finish at the Augustana Twilight meet.

Kusche’s regular season saw him with multiple top-five finishes, but his postseason performances were much stronger. Kusche was selected to the All-Big Ten First Team, as he finished in third place at the Big Ten Championships with a time of 23:39, the best finish ever by a Husker.

This season, Kusche could be Nebraska’s first men’s cross country All-American since 1997, as he had the best individual finish for Nebraska in over 20 years at the NCAA Championships.

As for the women’s team, sophomore Erika Freyhof has shown strides of improvement. As a freshman, Freyhof finished 21st at the Augustana Twilight Zone Invitational and finished second as a sophomore. However, she had one of her worst performances in the Big Ten Championship, finishing in 46th place with a time of 21:26.3 minutes.

A week after that, Freyhof finished 11th at the NCAA Midwest Regional, the best finish for a Husker since 2010. She improved her time by 40 seconds and set a personal best of 20:46.2 seconds in the 6K race. The great end for Freyhof shows that her best performances may be ahead of her.

Nebraska’s offense has received a lot of hype for the upcoming season. The praise ranges from quarterback Adrian Martinez’s Heisman candidacy to the new offensive weapons. Despite the hype, the tight end position isn’t feeling the love.

Junior tight end Jack Stoll was recently placed on the Mackey Award watch list, which is presented every season to the best tight end in college football. Despite his low stats, Stoll’s receiving skills trended upward at the end of last season, with 10 of his 21 catches in November. With the number two receiver spot still in the air, Stoll can fill that void.

If Stoll were to become the number two receiving option, the offense would gain a new layer. The extra linebacker or safety that has to cover Stoll frees space for one of the many running backs Nebraska uses. Both Stoll’s blocking skills and potential to be a receiving threat make Nebraska a stronger football team.

Junior Emily Cheramie is not as well-known as seniors Samantha Peterson and Madi Korthas, but she began to make a name for herself. Unlike some of the others who only do one of two events well, Cheramie was one of the best for Nebraska in air rifle and smallbore. Cheramie had a 585 in smallbore and 593 in air rifle, having similar scores to NRA All-American Peterson.

Cheramie’s good sophomore season landed her on the GARC All-Conference second team in air rifle, smallbore and combined guns in 2019. The Huskers have 8 upperclassmen on the rifle team so expectations are higher than last season. Though Cheramie did not make the NCAA rifle championships, she can build off her performances and help create a better smallbore team.

Senior Aubrei Corder was not only Nebraska’s goalkeeper last season, but she was also the team’s most consistent player. Since stepping on campus, Corder has started every game in her Husker career. Corder’s presence has made life easier for the Huskers, and an injury to her could derail the soccer season. Junior Mayte Corral has only played 22 minutes in the goalkeeper position, and the only other goalie is incoming freshman Makinzie Short.

Another problem has been a lack of consistency from the Nebraska offensive attack. In the Big Ten Tournament, the Huskers scored zero goals in two games, while Corder made 10 saves.

Corder is the biggest reason for Nebraska’s success, and unless a consistent goal scorer steps up, Corder will have to continue her successful run. Most of the goals Corder has given up in her career as a Husker happened last season, leading to multiple losses. But more experience is sure to make a difference.

Abigail Knapton, now a senior, has been nothing short of spectacular since stepping on campus. The diver has been a first team All-American in all three seasons at Nebraska. With all these accolades, the only one thing left for Knapton to do is win an NCAA championship.

Last season, Knapton had one of the best diving seasons in school history as she won 13 individual titles in meets and had 23 top five finishes. Her great season also made her an all-around great diver as she qualified in one-meter, three-meter and platform diving for the NCAA Championships.

Her last season will have Knapton competing to be immortalized as she can be the first Nebraska diver to win an individual diving NCAA championship. That’s easier said than done, but Knapton already has the best finish and momentum is on her side.

Last season, Nebraska volleyball made a deep run in the NCAA Tournament, making it all the way to the national championship before falling to Stanford. The team is returning almost everyone except for senior stars Kenzie Maloney and Mikaela Foecke.

Of those returning faces, sophomore setter Nicklin Hames is one of the most exciting players not only at Nebraska but in the entire country. Hames’ freshman campaign lived up to the hype, as she had 40 service aces and displayed her stellar passing ability. Against Stanford, she had 62 assists in the title loss.

Hames’ passing ability is one of the main reasons why Nebraska made it to the title game last season. Despite the two senior losses in Maloney and Foecke, Hames’ ability to set the right plays gives Nebraska another chance for a great season of volleyball.

While there are many wrestlers to watch this season, there is one that stands out from the rest: 174-pound Mikey Labriola. The freshman was phenomenal in two seasons at Nebraska, going 48-11. More impressive, however, was his quick transition from limited wrestling in his redshirt season to fully competing in the 2018-19 season.

In Labriola’s first official wrestling season, the redshirt freshman went 30-9 and had impressive finishes in both the Big Ten and NCAA championships. In the Big Ten title match, Labriola finished fourth in his first appearance at 174 pounds and finished in sixth place at the NCAA Championships.

This season, the Nebraska wrestling team will have its hands full as it competes in the vaunted Big Ten. This will not stop Labriola, as the 174-pounder has already proven his ability to take on the best. However, wrestling is not only about individuals but helping others out. That’s what Labriola has to prove.