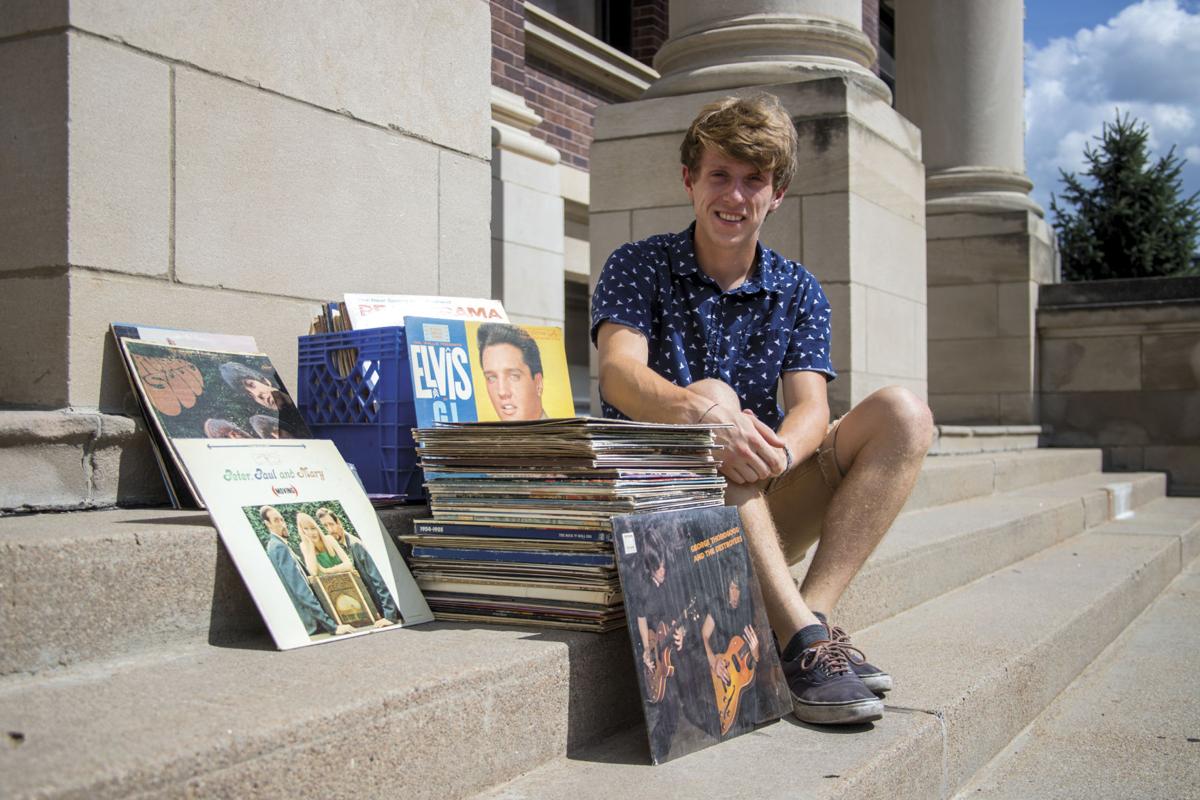 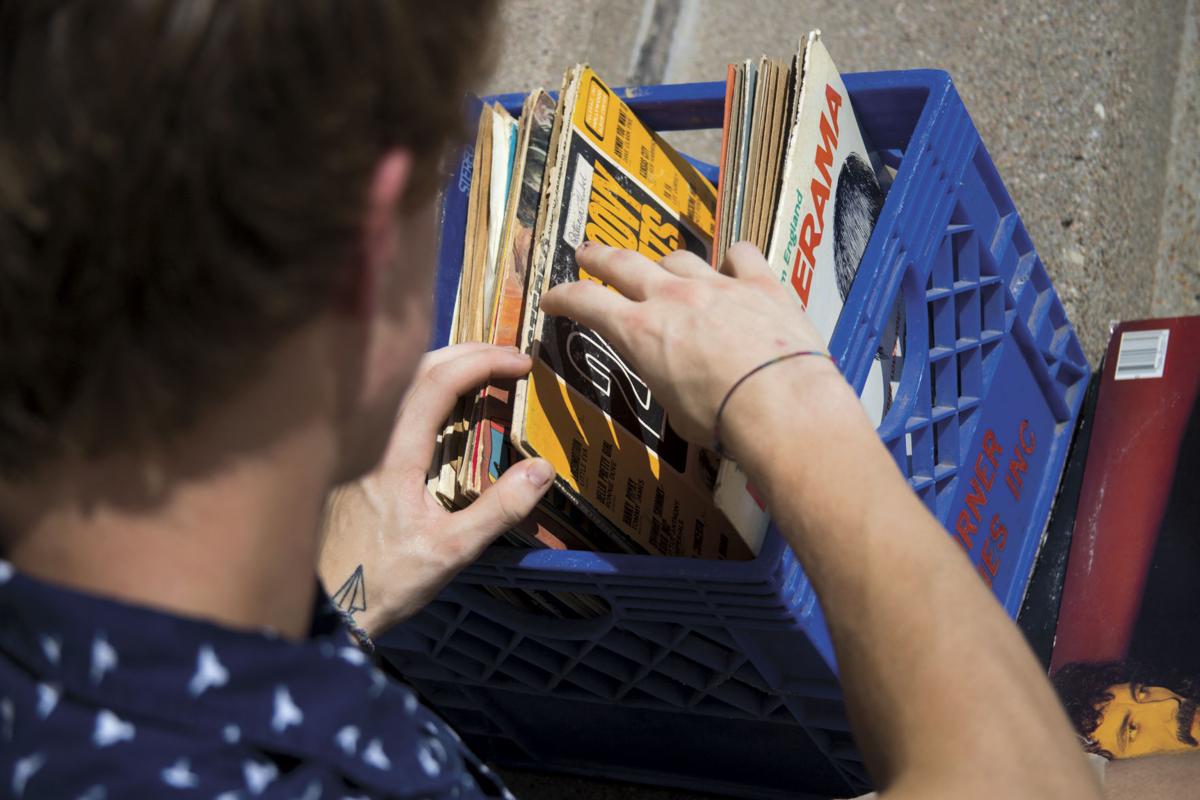 For some University of Nebraska-Lincoln students, there’s not much better than the crackle of a needle on vinyl and the warm sound of a record playing.

One such student is Austin Connor, a senior physics major who bought his first record roughly two years ago.

“I didn’t presume there was much difference between digital streaming versus analog streaming,” he said. “But after my most recent physics course, I saw and heard the physical barrier between the two.”

According to Connor, vinyl records sound much better than digital streaming.

Connor said most digital streaming audio has a ceiling on its sound quality depending on the digitization. Vinyl records depend solely on the vibrations of the pin to produce their sound, creating an audio resolution higher than any digital file can.

As more music listeners yearn for the personal and physical experience of listening to vinyl, many students at UNL are realizing the medium’s advantages.

Connor said he’s excited vinyl is becoming more popular. For him, collecting vinyl shows how much he likes an album or artist. His favorite record is Pink Floyd’s “Dark Side of the Moon,” because it makes great use of the medium’s resolution and because it was written to sound like one continuous song.

“I feel so many things while listening to it,” he said.

Vinyl records, also known as phonograph records, were the most popular and well-known medium for listening to music throughout most of the 20th century. However, the format’s popularity declined dramatically in the 1980s with the development of the compact disc. For a while, it seemed the vinyl record industry was dead.

Sales continued to fall until the mid-2000s, when record distributors started to see an increase in vinyl sales.

According to Billboard, vinyl sales have steadily increased for the past 12 years. In 2017, sales had increased 9 percent from the previous year. Vinyl records ultimately made up a total of 8.5 percent of all album sales in 2017, with 14.3 million units sold compared to 4.6 million in 2012 and one million in 2007.

Several store owners in Lincoln have seen the increased desire for vinyl records and have stepped up to take on the market.

One of these entrepreneurs is Chad Breasseale, owner of Lincoln Vintage Vinyl, located off of 70th and Vine streets.

Breasseale opened his store in September 2017, driven by what he saw as Lincoln’s desire for a larger record store compared to the few small ones already in business. He said part of this new vinyl trend is nostalgia. People long for the days listening to music had a physicality to it, when they could hold a record in their hands and study the album art.

“I think it’s because of the lack of a physical product, people are missing that,” he said. “Vinyl has got a bigger packaging than a CD. It’s cooler to look at.”

Many record shoppers are buying both old and new records, according to Breasseale. It’s not uncommon to see shoppers buy records from bands like the Black Keys and the Mamas & the Papas in the same purchase.

Some of the most popular vinyl albums sold nationally in 2017 included the Beatles’ “Sgt. Pepper’s Lonely Hearts Club Band” and “Abbey Road,” soundtracks to the films “Guardians of the Galaxy” and “La La Land,” as well as Ed Sheeran’s “Divide” and Amy Winehouse’s “Back to Black.”

“I would say at least half — maybe a little more — of my customers are younger people,” Breasseale said. “I think [vinyl’s popularity] is going to continue. They’ve been saying it’s going to plateau for 10 years now, and it hasn’t.”

Not only is vinyl providing listeners with a better music experience, but it’s also allowing some to form special bonds with family and friends.

Dawson Schwarzenbach, a sophomore philosophy and political science major, received his first record, the Beatles’ “Rubber Soul,” about two years ago. His father, who works as a waste collector, gave him the record after finding many vinyl records in the garbage. Armed with the album, Schwarzenbach decided to buy a record player and he’s been finding, buying and listening to records ever since.

“I’m glad people in younger generations are discovering [vinyl],” he said. “I think the music listening experience is much better, but also kids will learn the value of having a tangible form of music and build less dependence on digital music and entertainment.”

Schwarzenbach said he prefers vinyl because the sound is more authentic, and he likes the physical form, where he can watch the music move from record to needle.

Vinyl records are providing a simultaneously old and new music listening experience to audiophiles at UNL and around the world. Schwarzenbach and Connor are part of a community forming around it, one that’s not based on receiving music recommendations from an online algorithm.

“It is important that we continue making new music on vinyl,” Schwarzenbach said. “Or else it is possible we could lose a whole chapter of music that was only kept on the internet.”

This article was originally published in the August 2018 edition of The DN.