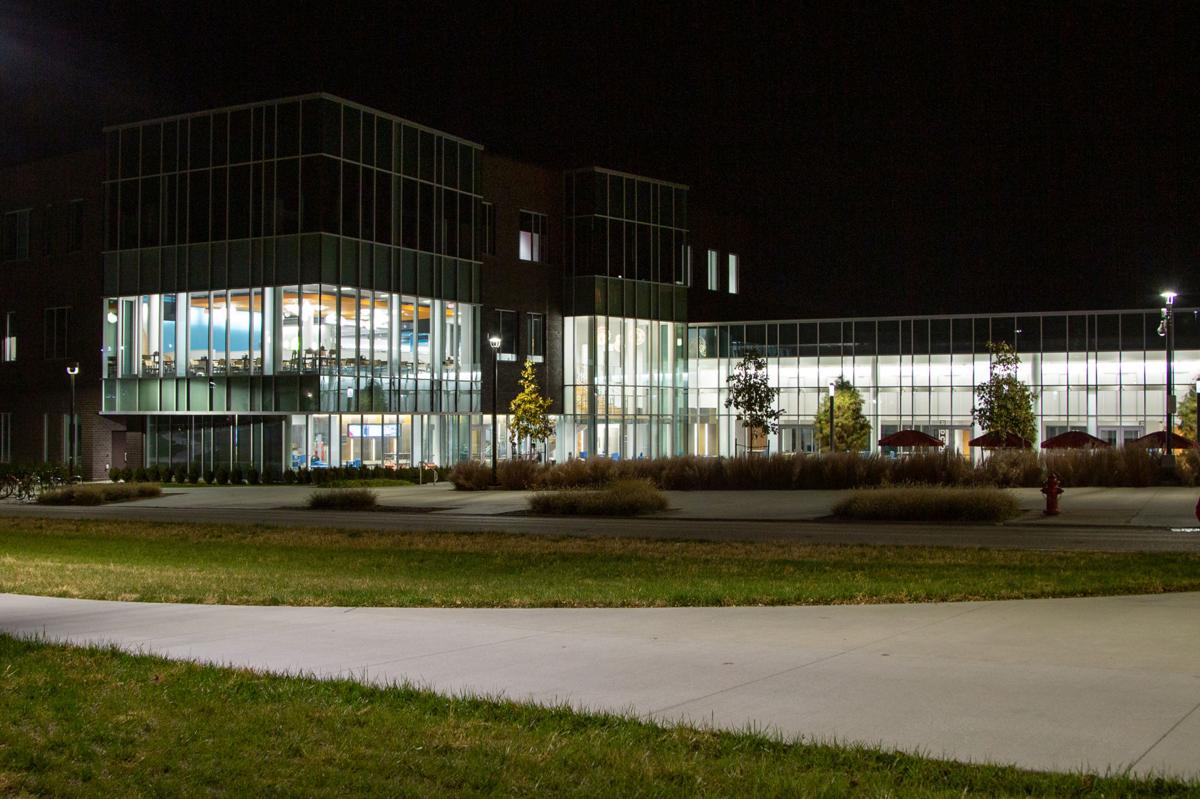 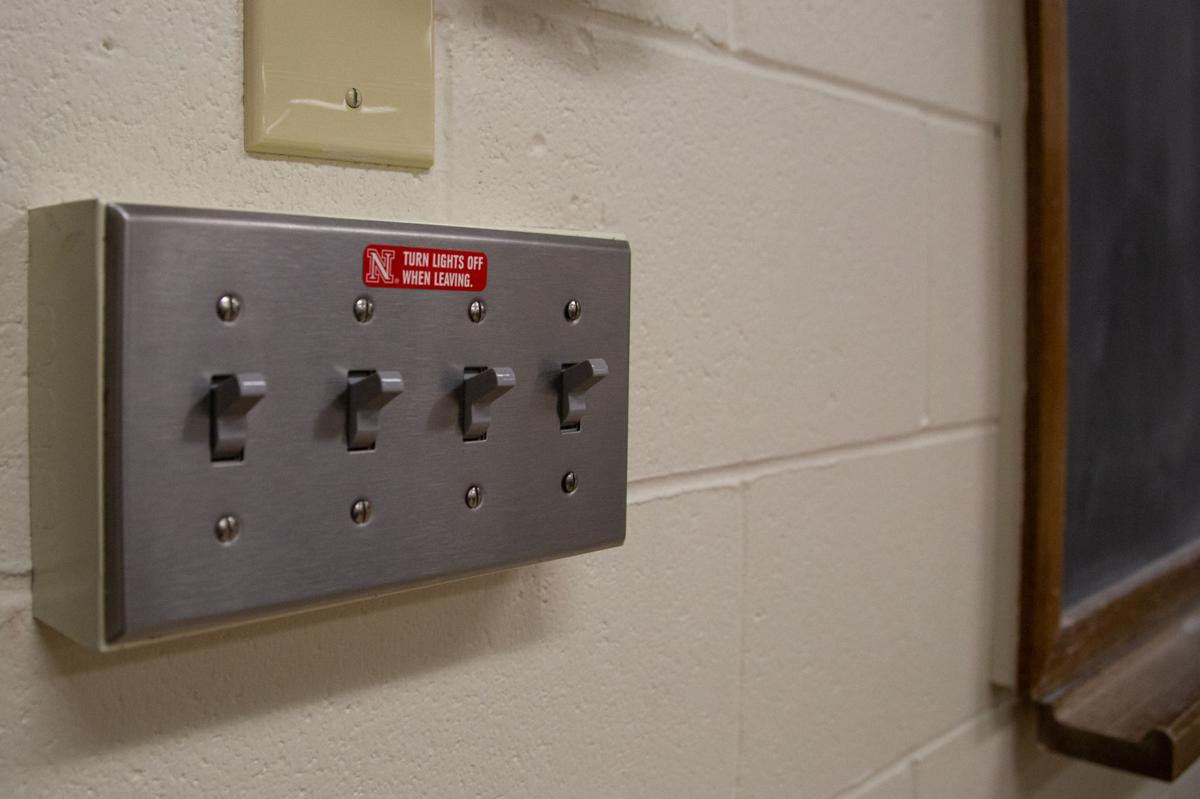 At the University of Nebraska-Lincoln, red stickers with the same message in white lettering are placed on several light switches across campus. The message reminds people to turn off lights when they are the last one to leave a room.

UNL Facilities has actively recommended turning off lights when no one is in the room since at least the turn of the millennium, according to Kirk Conger, the campus energy manager at Nebraska, and Lalit Agarwal, the director of Facilities Maintenance and Operations Utility Services.

“This has always been a good idea, but it started appearing on lists of energy-saving suggestions during the energy crisis of the 1970s and has been a staple of energy management ever since,” Conger and Agarwal said via email. “At times, we have put stickers on light switch plates to remind users to turn off unneeded lights, but that is just a reminder of our ongoing policy.”

Conger and Agarwal said there’s no real way to monitor if people adhere to the policy and turn off the lights. The only kind of informal monitoring occurs when people outside an unoccupied room notice the lights are on.

There’s also no official punishment or consequence for failing to turn off lights, though Agarwal said some departments actively encourage compliance from the staff.

For UNL, it’s important to find ways to conserve energy because energy costs are the second-highest category in the university’s budget, Conger and Agarwal said.

The amount of energy saved per room by turning off lights is lessened with the use of light-emitting diodes, or LEDs, and high-efficiency fluorescent lighting, according to Conger and Agarwal. These types of light bulbs draw fewer watts per light fixture than incandescent and older fluorescent bulbs do but are still an effective way to save energy.

“Every hour that the lights are turned off is an hour of electricity not used and extends the calendar life of the lights by an hour,” Conger said.

This helps reduce both the university’s maintenance and energy costs. Conger and Agarwal added that many rooms across campus have occupancy sensors that turn lights off after a room has been empty for 15-30 minutes. However, turning off lights manually, saves those 15-30 minutes of wasted electricity. That number may seem small, but it can add up over time.

The website for the United States Department of Energy lists suggestions for when to turn off each kind of bulb. It recommends incandescent bulbs, the least efficient type of lighting, be turned off whenever they’re not needed. The Department of Energy suggests that a general rule for compact fluorescent bulb lighting is to leave it on if someone will leave a room for fewer than 15 minutes, but to turn it off if he or she will be gone for longer than that.

Turning off lights when leaving a room is just one way UNL suggests saving energy. The university’s Facilities Maintenance and Operations website lists 10 different ways students and staff can conserve energy. The list stemmed from questions asked by faculty and staff members seeking guidance on ways to reduce energy use, according to Conger and Agarwal.

The list was first published in the early 2000s, and while the format has changed over time, the message remains the same. Various policies and ideas have made their way onto the list over the years, but the idea of turning off unneeded lights has always remained.

Turning off appliances and exhaust fans when they’re not being used and avoiding space heaters are some other tips UNL Facilities provides on its website. It also suggests closing window drapes and blinds during the summer to keep direct sunlight from entering the room. Additionally, faculty members are encouraged to only open the blinds during the winter when the window is in direct sunlight or the staff member is using the daylight.

“This is generally what we ask members of the campus community to do, although in certain buildings we provide additional guidance specific to their building and systems,” Agarwal said. “Then, there are larger, construction-oriented energy improvements designed and installed by UNL Facilities, which require capital funding. These are controls, HVAC and system upgrades, insulation and lighting upgrades.”

UNL Facilities is always looking for new ideas and ways to conserve energy, according to Conger and Agarwal. When a new opportunity is identified, it becomes a priority, and UNL Facilities installs it once funding is available.

“Because we are a modern research university located in a fairly harsh climate, we will always have a fair amount of energy use,” Conger said. “Our goal is to improve efficiency as a campus so that UNL can be successful in its core missions while wasting as little energy as possible.”

This article was originally published in the January 2020 special edition of The DN.