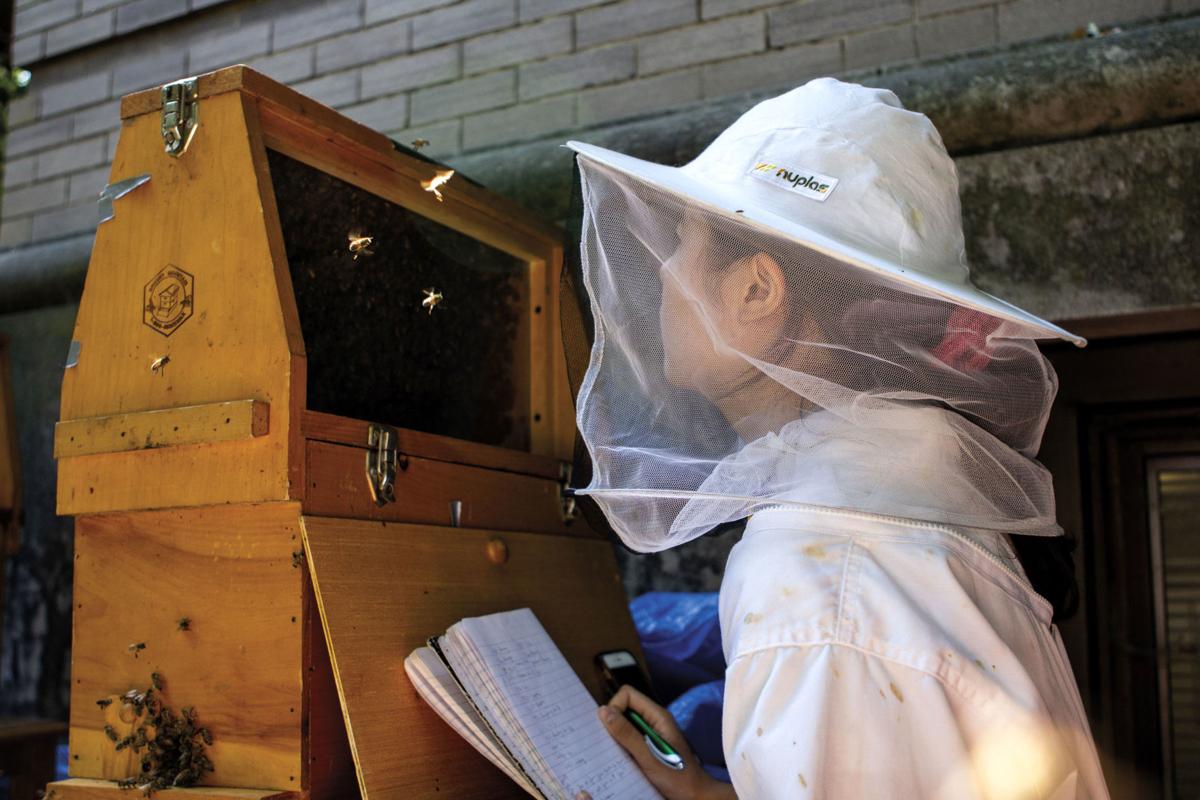 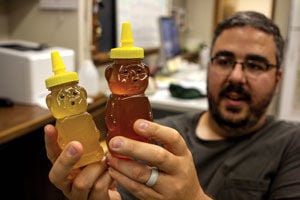 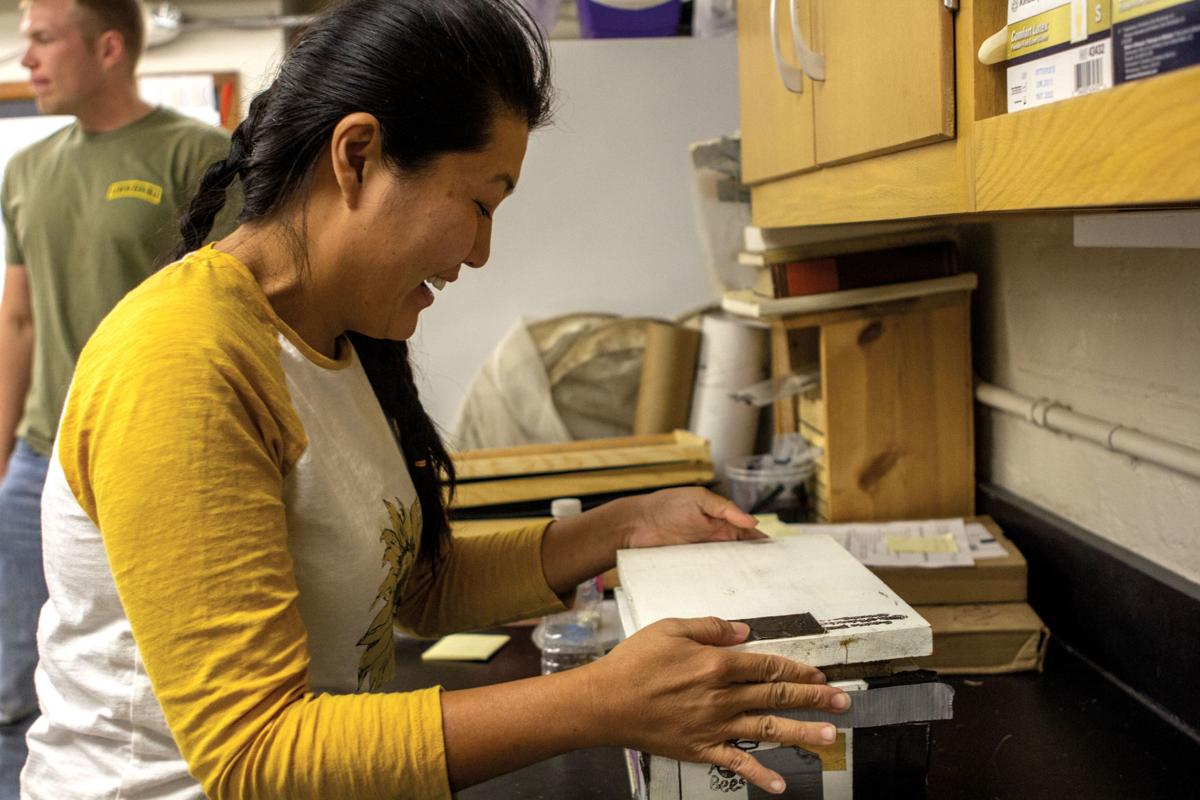 Each day, students walk leisurely past two wooden boxes resting within the greenery on the north side of Entomology Hall on the University of Nebraska-Lincoln’s East Campus. In each of the boxes, comically named Thum-‘bee’-lina and ‘Bee’-ona, resides a hive of around 200 honeybees.

A steady stream of bees flows in and out of a 1-inch diameter hole on the front of each box that serves as the gateway to the colony. Wooden panels on either side of the box can be lifted to reveal a hurried mass of yellow and black that maneuvers between the honeycomb base and a panel of glass.

Watching from behind the glass is senior environmental science major Pauline Yoo. Yoo is a summer research intern for the UNL Bee Lab, with a focus on the hygienic behavior of the honeybee.

“[My work] is basically to see if pesticide-[ridden] bees can perform the same activities as healthy bees,” she said.

In order to discover if pesticide-ridden bees behave the same way as healthy ones, Yoo intentionally kills off a comb of her bees with the pesticides and observes if the adult bees from either the pesticide-laced or non-pesticide-laced comb can take the unborn bees out of the comb.

“Since some of the bees can’t do that, that’s one of the reasons the bees die out. They can’t take the dead bees from the comb,” Yoo said.

Yoo tags bees on the back with a small, colored, numbered button that shows whether or not the bee was exposed to pesticides. She then follows the bee’s action and records it.

The UNL Bee Lab works to determine the causes and effects of the recent bee decline in Nebraska and the United States. In an ABC News article published in July, researchers stated that last winter’s frigid temperatures dropped the bee population in the United States by 40%. According to Courtney Brummel, an outreach coordinator for the UNL Bee Lab, the cold isn’t half of the bee population’s worries.

Brummel said there are three main stressors that are affecting the honeybee population at the moment: varroa mites, pesticides and habitat loss.

“If you could imagine having a tick the size of a dinner plate on your side, that’s about what it’s like for a bee with a varroa mite,” she said. “We see a lot of issues with hives that border on cropland. Pesticides get airborne, drift and completely kill an entire hive. You’re literally left with piles of dead bees.”

Although honeybees gain attention because of their necessity to various ecosystems and their honey-making capabilities, there are around 4,000 different types of bees in the United States. The UNL Bee Lab takes the diversity of the bee population into account when conducting its research. According to Judy Wu-Smart, the extension and research entomologist who directs the UNL Bee Lab, the lab is split into two different groups.

“One is focused on honeybee management and health; the other one is focused on better understanding the wild bees that we have,” she said. “We have a number of students that are looking at what types of bees we have in Nebraska and what types of landscapes and resources they are utilizing.”

These landscapes and resources can be fickle, so the UNL Bee Lab pays close attention to humans’ potential effects on the ecosystem.

“Pesticide exposure is a huge challenge.[We are] looking at enhancing field margins with flowers to provide more of a natural barrier against pesticides,” Wu-Smart said. “We are also looking at urban landscapes and how gardens, lawns and horticultural practices affect pollinator communities.”

Every effort counts, but Wu-Smart said she would rather work smarter than harder. She adopts a more offensive approach to mitigating the declining bee population.

“You can’t realistically ban pesticides, and there are so many — which ones would you ban?” she said. “What we’re doing is developing an integrative pesticide management for beekeepers so they can identify bad situations. And once we know what we need to, we go to city officials and the farmers to figure out what was being used.”

The UNL Bee Lab continues to be a proactive source of information and change, as the people who work there take every step necessary to conserve the Earth’s ecosystems and natural resources.

“Bees are one of the most important cogs in many ecosystems,” Wu-Smart said. “We just need to make sure we’re giving them the respect they deserve.”