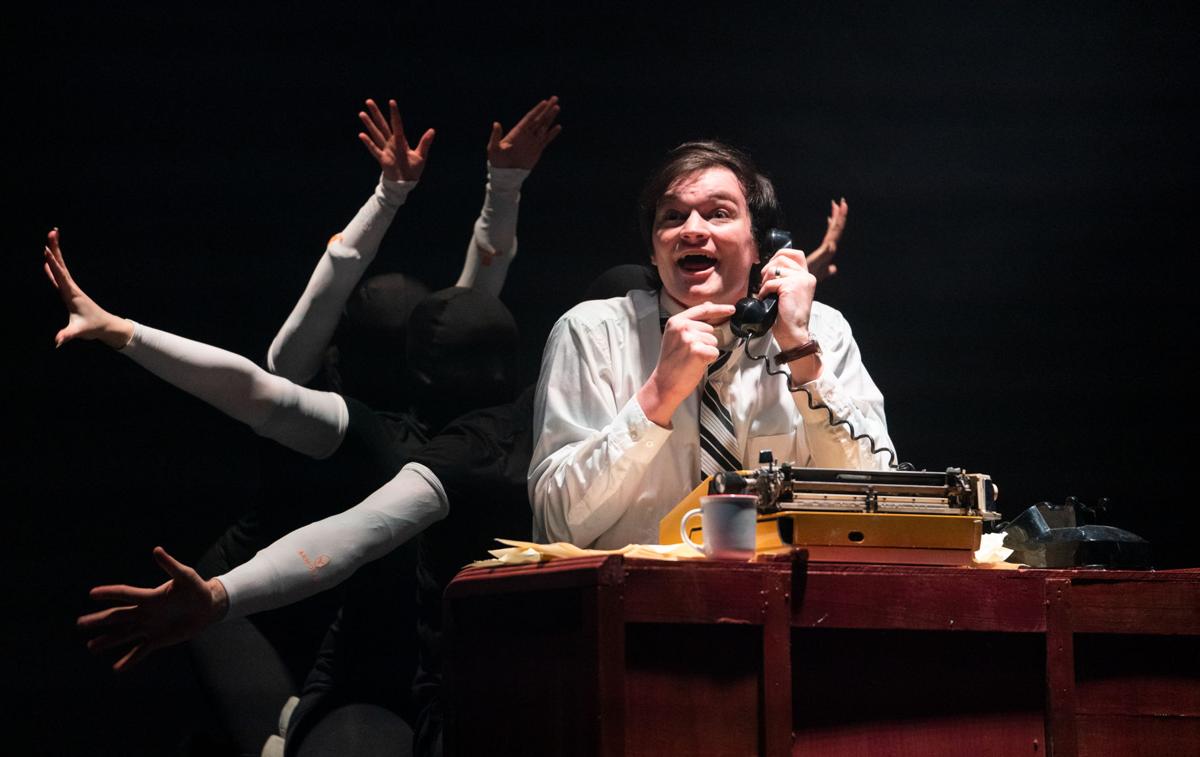 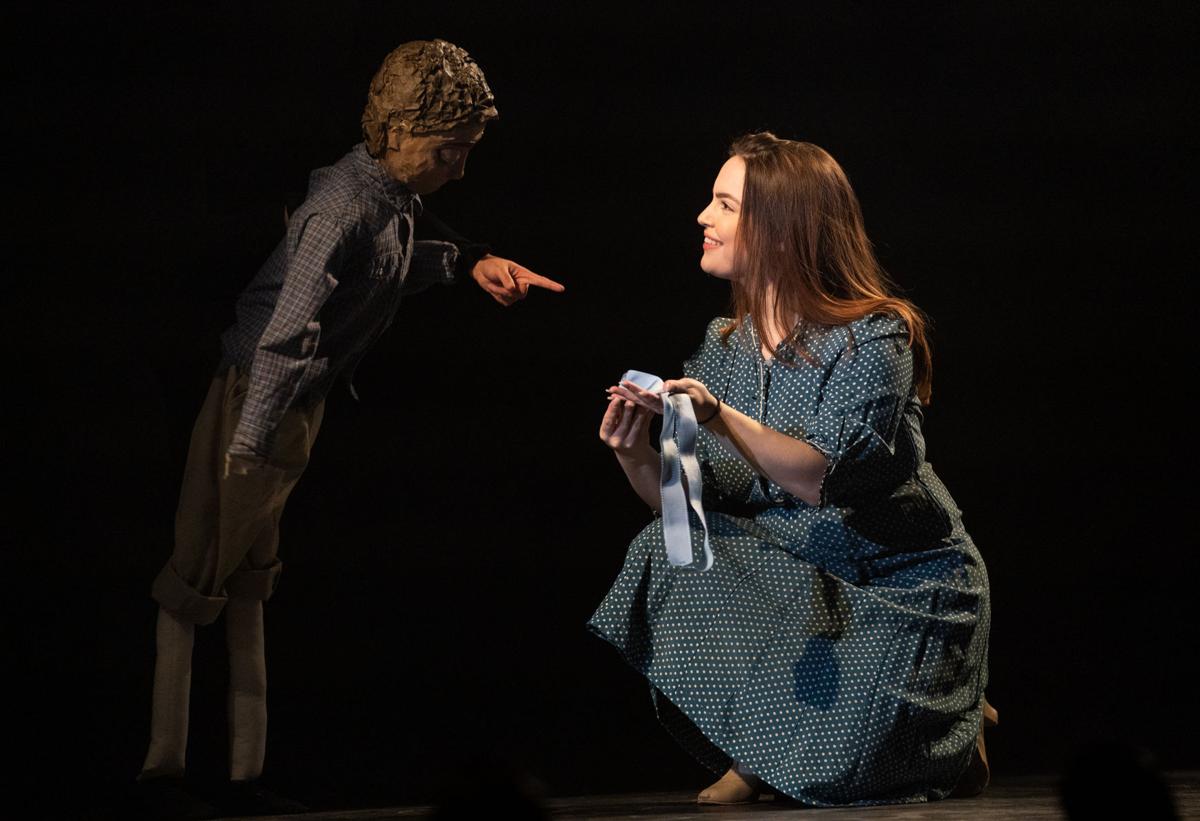 When most theatrical productions begin the rehearsal process, the cast and crew usually have at least a script to base their rehearsals on. But in the case of Nebraska Repertory Theatre’s “A Thousand Words,” director Andy Park and his team decided to create the entire show from scratch.

Running from Feb. 14-23 at the Howell Theatre in the Temple Building, “A Thousand Words” is a devised theater production, created entirely by the Rep’s cast and crew during rehearsals. The production got its name and general concept from the phrase “A picture is worth a thousand words.” The show primarily tells its story using over 100 puppets designed by the Rep’s production crew.

“A Thousand Words” is hard to describe, as it’s very abstract in its concept and execution. The show is narrated by a character introduced only as Grandpa — a beautifully designed puppet controlled by two puppeteers, Matt Blom and Philip Crawford. Almost all of the dialogue of the show is Grandpa’s narrations, as the rest of the action plays out around him using music, dance and pantomiming.

Grandpa tells the story of Jeremiah Wolcott, taking the audience on a journey through his life from his birth through his adulthood. Throughout the show, Grandpa is sitting in a chair, holding a box where he puts mementos from different periods in Jeremiah’s life, whether it be a picture of Jeremiah and his first love or his daughter’s baby rattle.

What’s most striking about “A Thousand Words” is its breathtaking visuals. Puppet designer and fabricator Jill Hibbard’s crafted exquisitely detailed and creative puppets. The Grandpa puppet is especially innovative, as it’s a highly expressive puppet with movable eyes, eyebrows and mouth.

From animals dancing around the stage to children strapped to the puppeteers’ legs all the way to a chase scene involving sperm puppets pursuing a giant egg, the show never ran out of entertaining and surprising ways to convey its story.

The puppets are controlled by an ensemble of eight performers — two of which, Blom and Crawford, control the Grandpa puppet during the entire hourlong, one-act show. It seems as if there are more people in the ensemble, however, as the remaining six take on a dizzying number of roles throughout the show. The ensemble switches often between portraying Jeremiah and his family as people and as puppets, having to rapidly change costumes. It’s a truly impressive feat for this ensemble to perform in a show that’s so ambitious in its premise yet very briskly paced.

While its visuals are certainly the star of the show, its startlingly moving story is what makes this production so impactful. It isn’t easy to make an audience feel so connected to characters who are largely portrayed as puppets, but this show pulls it off almost effortlessly while examining love, loss and the importance of family. Although it focuses mostly on the journey of one man, it’s really an emotional celebration of life as a whole, reminding its viewers the things that make life truly special.

It isn’t hyperbole to say that what Park and his entire crew created in “A Thousand Words” is almost beyond description; it’s a stunning production that very few local theater companies could even put on, let alone create from nothing. A picture may be worth a thousand words, but this show will leave its audience speechless.

“A Thousand Words” will be performed eight more times through Feb. 23. Tickets can be purchased online.