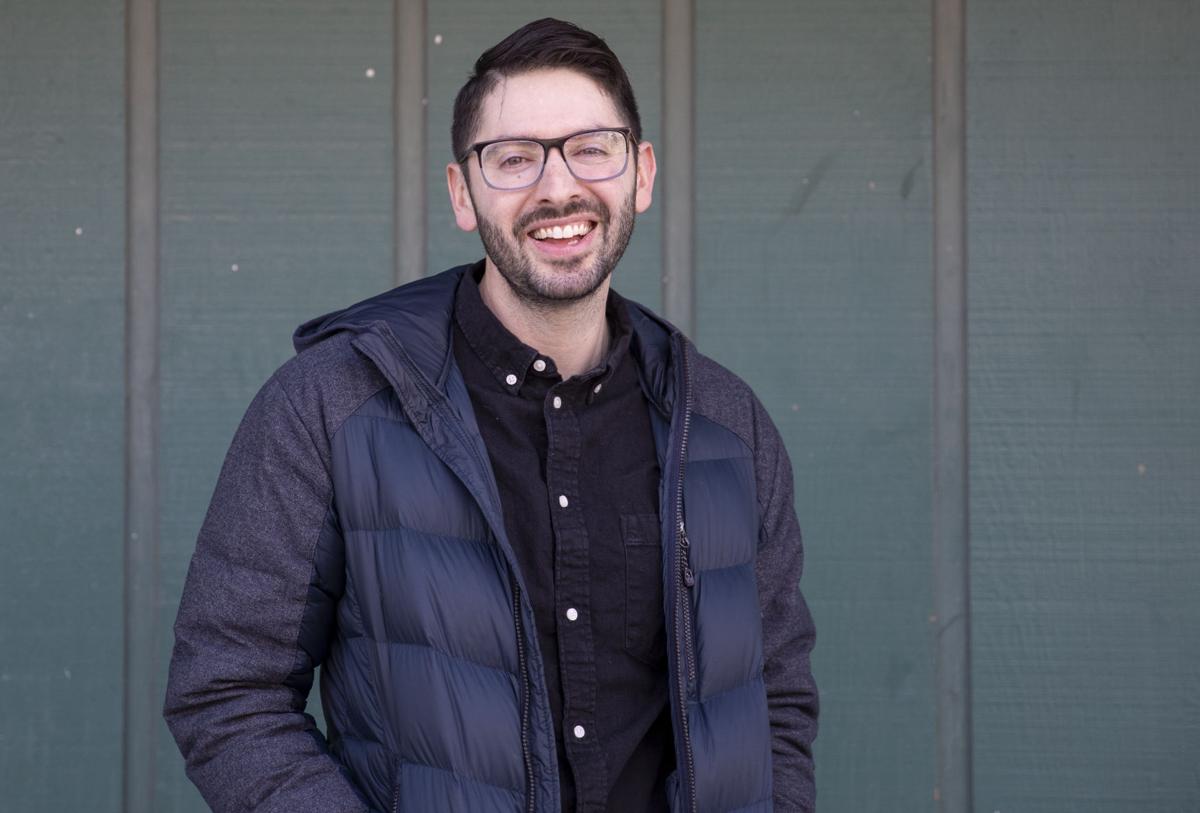 Django Greenblatt-Seay poses for a portrait in downtown Lincoln on Sunday, March 10, 2019, in Lincoln, Nebraska. 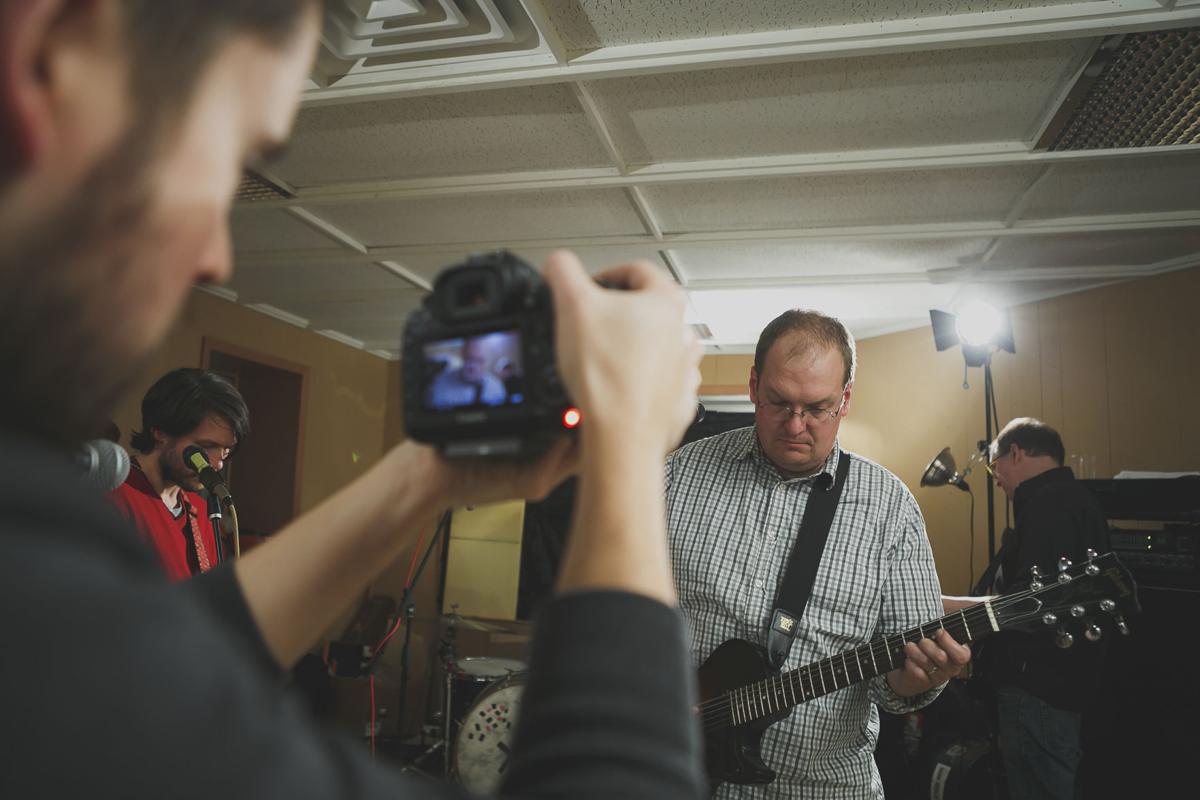 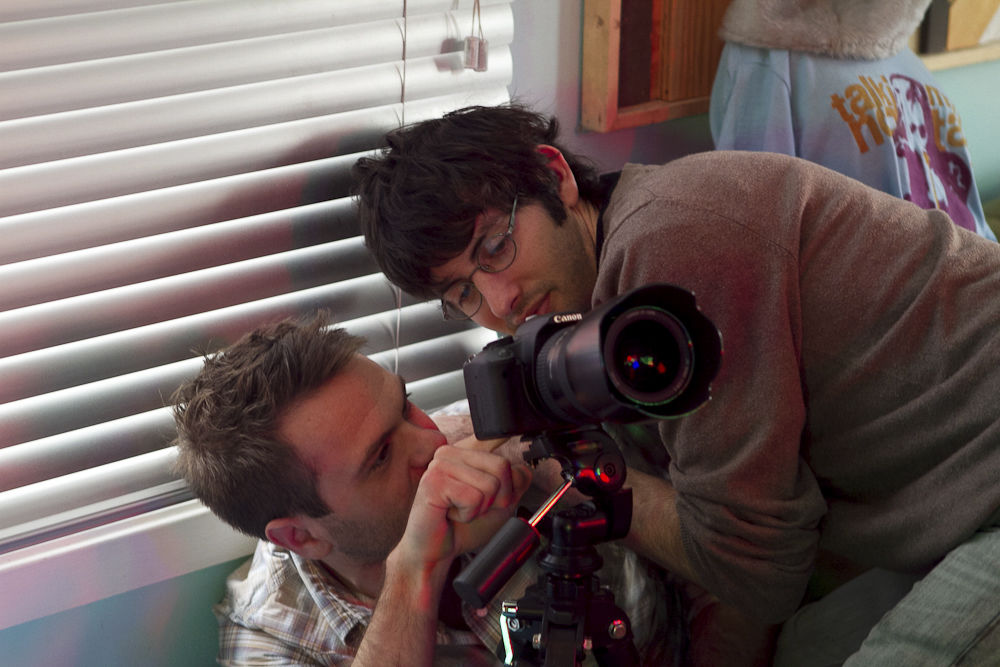 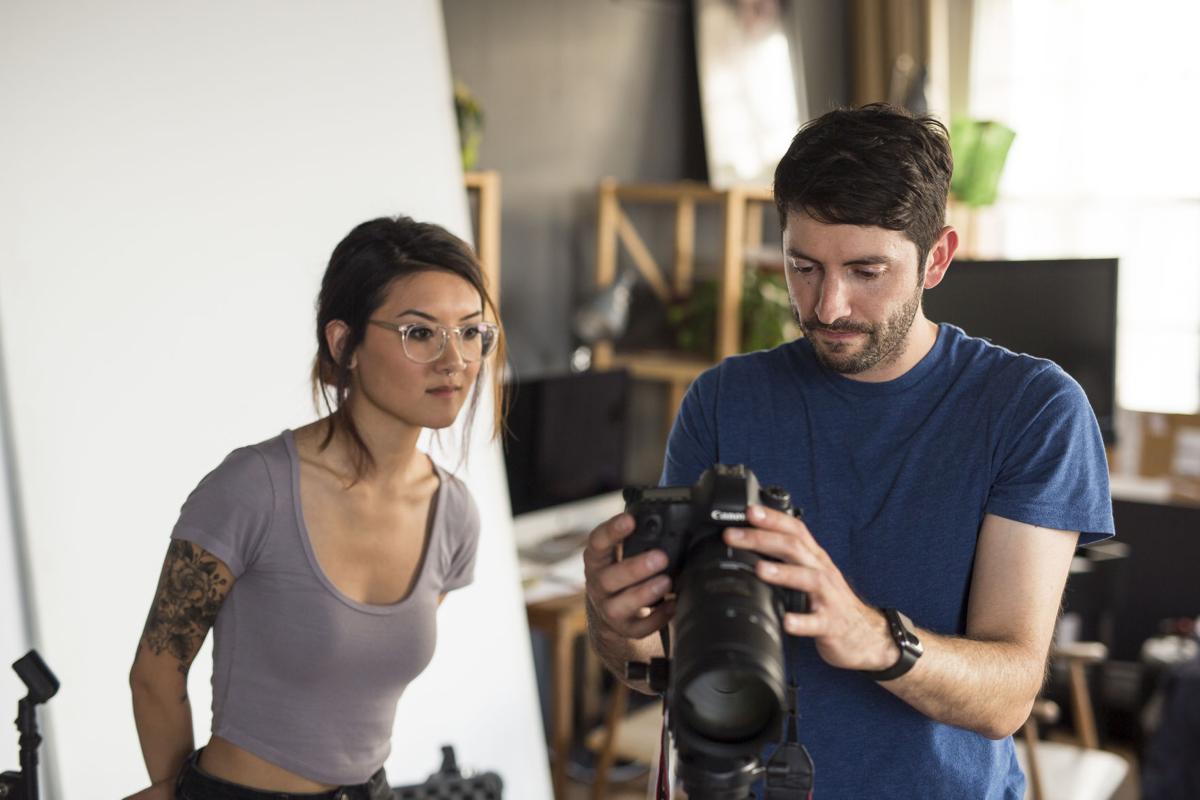 Django Greenblatt-Seay poses for a portrait in downtown Lincoln on Sunday, March 10, 2019, in Lincoln, Nebraska.

A point-and-shoot camera, used audio equipment and a desire to strengthen videography and audio engineering skills was all it took for Django Greenblatt-Seay to create an organization with thousands of views on YouTube.

That organization, Love Drunk, gave hundreds of indie artists a chance to promote themselves without being involved in what Greenblatt-Seay calls the money-hungry schemes of the mainstream music industry. Love Drunk officially went on hiatus in 2017, but more video content is on the horizon for indie music fans in 2019.

Love Drunk was conceived when Denver band Flashbulb Fires came to Omaha in 2010 to play a show and Greenblatt-Seay asked the members to help him practice using audio equipment for recording bands. In the process of recording, Greenblatt-Seay noticed one of his friends documenting the performance with a camera, and it sparked his idea of syncing audio and video to capture live music.

This concept was the driving force behind the creation of Love Drunk.

A month after his epiphany, Greenblatt-Seay wanted to have another go at making a live music video. He reached out to Portland artist Nick Jaina, asked if he could record them and made Jaina an offer he couldn’t refuse — a live music video session with a home-cooked breakfast. This marked the first official Love Drunk video, which was released in June 2010.

From that point on, several photographers and videographers wanted to join the project, which gave them the chance to strengthen their camera skills.

“Several people that were involved in Love Drunk just had a cool camera. We didn't have a lot of opportunity to use it,” Greenblatt-Seay said. “And that project gave us opportunities to use that gear and try others’ gear and get better at using it.”

Ben Semisch, a videographer for Love Drunk, joined the project around 2011. He said joining the team led to many videography opportunities for him.

“I ended up booking a ton of jobs specifically because people would see the videos and be like ‘Wow, these are really great,’” he said.

The group traveled in a passenger van with Greenblatt-Seay editing footage in the back seat while others sorted through audio and video files, uploaded content or worked on another Love Drunk-related task.

Angie Norman, the co-founder of the local music nonprofit Hear Nebraska, was a videographer on the tours for both years.

“It was just pretty much like a band going on tour except that we were shooting videos of different bands on that tour,” she said.

But the daily grind consisting of waking up early, filming, editing and publishing paid off in the friendships made and the content created for the artists featured in the videos.

“We essentially met our best friends just by going on that tour,” Norman said. “And also these bands have gone on to become amazing, and some of them have gotten really huge.”

The community Love Drunk cultivated allowed Nebraska to be put on the radar of many touring bands.

“Bands started realizing that Nebraska was a really great place to stop on tour because they were going to be taken care of better here by this whole group of people that really wanted to embrace them and would communicate with each other and make sure they had food, a place to stay,” Norman said.

Love Drunk made an impact on Nebraska as a music state, but it also influenced the people involved with the project. Semisch highlighted a weekend that left an impact on him.

“It's just one of those life experiences that when you say you're like, ‘Wow, that sounds really s****y. Who would want to shovel snow on a mountain for two hours to shoot a music video for no money and then go sleep on a floor?’” he said. “I look back at it, and that weekend I think was probably my favorite experience in my whole life.”

It was only one weekend, but a lifelong memory.

“There are definitely mile markers in your life, things you hope you think about when you die,” he said.

After the two tours, a third couldn’t happen due to a career change for Greenblatt-Seay that took him to Union Pacific Railroad. The following year came with Facebook's monetization, which made it difficult for Love Drunk’s viewers to see the content it was creating. This was a concept that was difficult for Greenblatt-Seay to grasp. He said the update made it tough to validate the work he and his friends were putting into the videos.

“I just felt like we're putting a ton of work into this video that gets, like, 350 plays or something,” he said. “I got caught up in that, and it mattered to me. And so it just slowed to a stop.”

The last video was published nearly two years ago, and Greenblatt-Seay sold a bunch of gear he used to film the videos to prevent himself from scheduling another session. But during the hiatus, Greenblatt-Seay’s desire to create lingered.

“I would listen to a song and just feel like, ‘Wow, man that would be really sweet, to shoot a video of his band,” he said.

In December, Greenblatt-Seay released a Facebook video saying he plans on releasing more Love Drunk videos, but not as frequently as in the organization’s earlier incarnation. He said he is going to be more decisive on which songs and artists Love Drunk will feature in future videos. He is currently talking to five bands with the hopes of putting them on Love Drunk’s 2019 release calendar.

Norman said the time she was involved in Love Drunk was special, and she hopes its rebirth is just as impactful.

“I hope that this resurgence has the exact same magic that it did the first time because it's a pretty special project,” she said.

Greenblatt-Seay highlighted how producing the videos leads to a formulation of community and friendships. Those friendships and the bonds created are motives for Love Drunk’s resurrection.

“When you’re helping to produce these videos, you almost feel like you’re part of the band. You’re making something together,” he said. “I no longer care about how many views the videos get. I just want to film good songs by good people.”