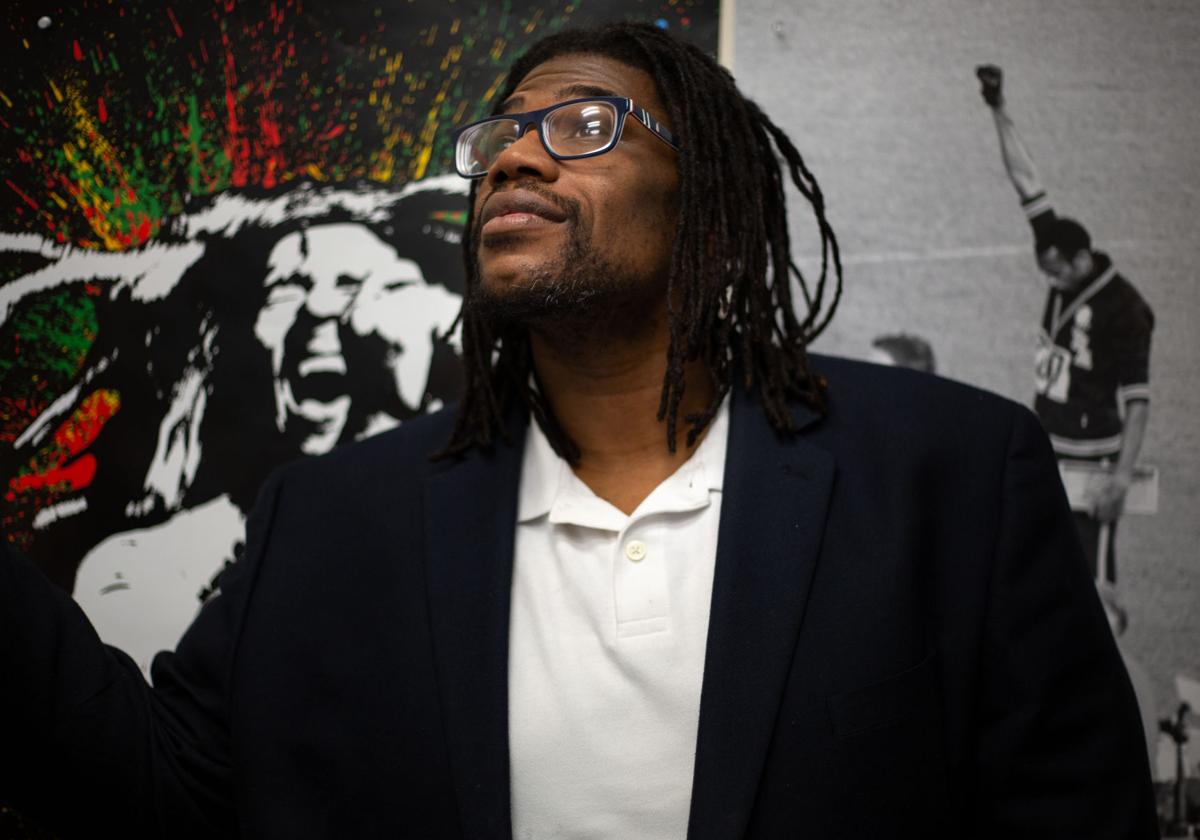 Kevin Reese, the program coordinator at OASIS, poses for a portrait in his office in the Jackie Gaughan Multicultural Center on Tuesday, Feb. 11, 2020, in Lincoln, Nebraska. 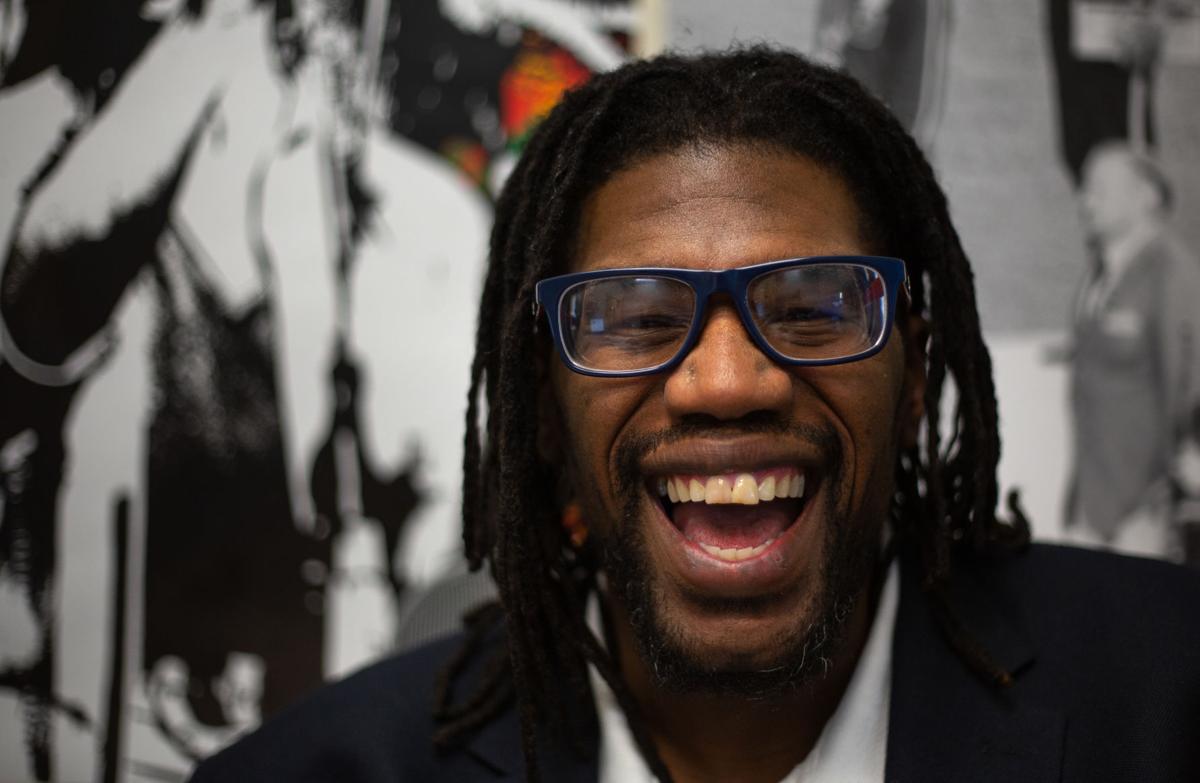 Kevin Reese, the program coordinator at OASIS, poses for a portrait in his office in the Jackie Gaughan Multicultural Center on Tuesday, Feb. 11, 2020, in Lincoln, Nebraska.

Kevin Reese is a man of many passions. As a self-proclaimed “karaoke assassin,” he loves to sing, dance and act; he even teaches a line dance class called “Soul II Sole.” Popular culture references regularly slip into his conversations, quoting classic movies like “Forrest Gump” and “Dreamgirls.”

But through conversations with Reese and those who know him best, it’s clear that one of his deepest passions is helping students. He has lived out this devotion through his career in higher education, working at institutions such as Livingstone College in Salisbury, North Carolina, Wilberforce University in Wilberforce, Ohio and Bethune-Cookman University in Daytona Beach, Florida. He has continued his work in student affairs over the last four years as program coordinator for the Office of Academic Success and Intercultural Services, or OASIS, at the University of Nebraska-Lincoln.

“I love being able to mold the next generation of leaders,” Reese said. “My first college president when I got to Livingstone, he would always say that educators are in the business of taking students from where they are to where they need to be. And so over the last 12 years, I've had the amazing honor and privilege … to watch them grow and cultivate and then go out to do amazing things in the world.”

Originally from Dayton, Ohio, Reese graduated from Kentucky State University in 2007 with a Bachelor of Arts degree in public administration. He said he planned on going into corporate America, but was inspired by his mentors at KSU to pursue a career in student affairs. He went to graduate school at North Park University in Chicago, receiving his Master of Science in higher education administration in 2013.

Reese said making the jump from historically black colleges and universities, or HBCUs, to UNL required him to step outside of his comfort zone.

“My granny always tells me that life begins at the end of your comfort zone. So this was a step outside, coming to Nebraska,” he said. “This is the first place that I moved to work where I didn't know anybody, and so that really allows you to grow quickly, but it also allows you to really cultivate some deep and meaningful friendships and relationships.”

Since starting at OASIS in June 2016, Reese has coordinated and developed many of its programs. One such program is Brother 2 Brother, which is dedicated to the retention of male students of color at UNL. Reese said there are only 350 African-American men on campus — a number he wishes to further grow in the future.

Another program Reese oversees is Dish It Up, a weekly discussion that takes place every Tuesday from noon to 1 p.m. in the OASIS Lounge at the Jackie Gaughan Multicultural Center. Students, staff and faculty are invited to eat their lunch while Reese leads discussions on everything from music to sports to current events. Reese also teaches two sections of a freshman success course, advises students in the W.E.B. Du Bois Honor Society and organizes fall and spring graduation receptions.

Throughout his myriad of duties, Reese said he enjoys watching students develop and learning about a wide range of cultures in his everyday interactions. Along with his students, Reese said he’s been introduced to a lot of new foods, music and languages — a part of his job he said is his favorite.

“It just exposes you to so much that you never expected,” he said. “Like Forrest Gump said, ‘Life is like a box of chocolates,’ and so is college, right? And so OASIS provides those chocolates for students to feast on, but also to help them grow. I don't want you to leave here and feel like ‘I didn't get [anything] out of college.’ If anything, you know that OASIS provided some kind of programming to widen your cultural lens, to really enhance your worldview.”

In the past four years, Reese said he’s seen the university grow significantly when it comes to promoting diversity on campus. He said it speaks volumes about the university’s commitment to diversity and inclusion to see those at the forefront of its N2025 Strategic Plan — the Office of the Chancellor’s goals for the first five years of the 25-year-vision laid out in the N150 Commission Report.

However, he said he still believes there is work to be done, especially in creating more diverse administrative offices at UNL.

“If you look at some of the administrative offices, [they’re] all the same,” Reese said. “I want some different schools of thought and different ideas. So I look forward to that, but we are changing. If you've ever seen ‘Dreamgirls,’ there's a song [that goes] ‘I am changing, trying every way I can.’ And so I think that's the university trying every way they can to keep up with the current college student, but also the world. It's changing every day.”

Charlie Foster, director of OASIS and assistant vice chancellor of student affairs, echoes Reese’s sentiments about the state of diversity on UNL’s campus. She said the university has particularly demonstrated its commitment to diversity by hiring Marco Barker as vice chancellor of the Office of Diversity and Inclusion in an effort to go beyond simply improving diversity-related statistics.

“The university has made a very strong commitment to reaching out to students in a way that we will recruit, retain and recapture some of our alumni when they're done,” Foster said. “That idea that we have a campus community that doesn't represent the kind of diversity that lives in Lincoln is problematic for us. And so we are seeking to do a better job with regards to that.”

Foster also mentioned Reese’s kindness, motivation and communication skills as traits that will help OASIS achieve its goals in the future.

“He has an understanding about the kinds of situations that students will go back to when they go home at the end of the day,” she said. “And so having that understanding I think really creates a situation where he's able to give them more than just, ‘go steady.’”

For Reese, the most important message OASIS can convey is that it’s a place for everybody at UNL to benefit from.

“I think people often get the misconception that the Multicultural Center is only for people of color. The Multicultural Center is for every person that comes through the door,” he said. “I want you to come and get some of this programming. Come to Dish It Up, come to lunch and learn, come to our Stop, Serve and Mingle, you know, come and enjoy some of our cultural programming, right? You don't have to be afraid to come in.”

As OASIS continues to help promote diversity and inclusion, Reese said he hopes the organization’s programs and services help students leave UNL as more well-rounded individuals than when they came in.