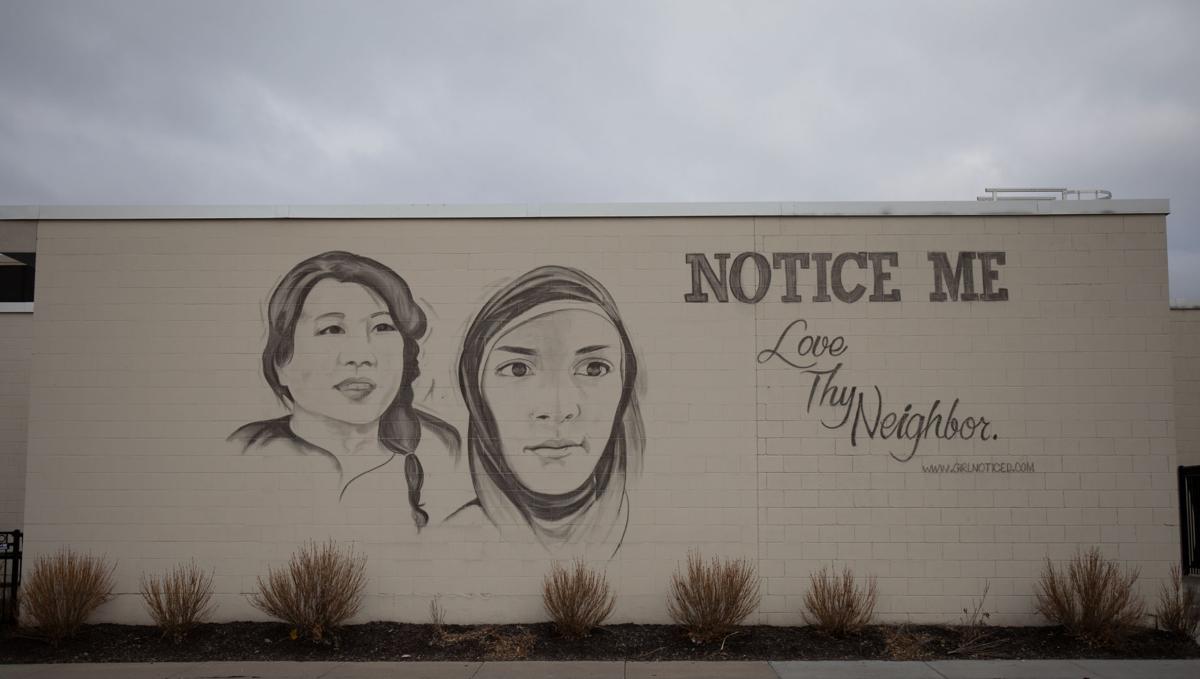 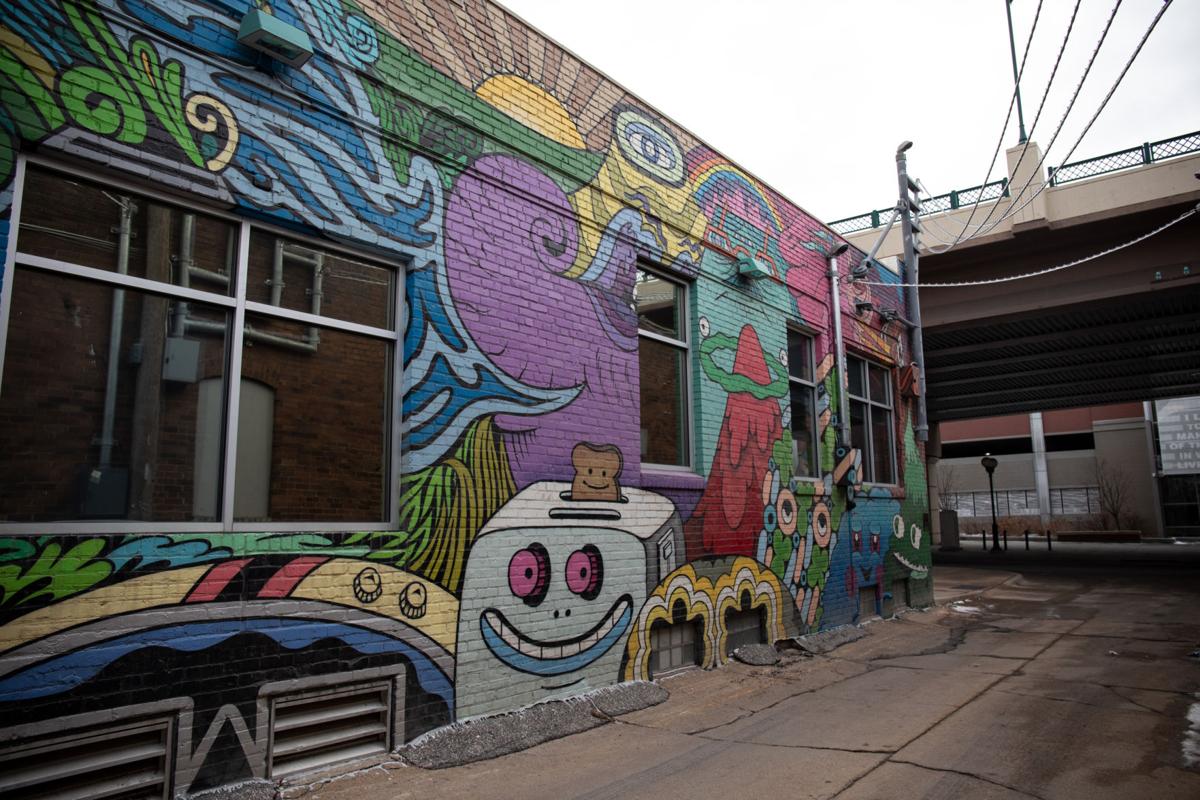 The murals outside the building between Canopy and N 8th streets in downtown Lincoln on Sunday, Feb. 9, 2020, in Lincoln, Nebraska. 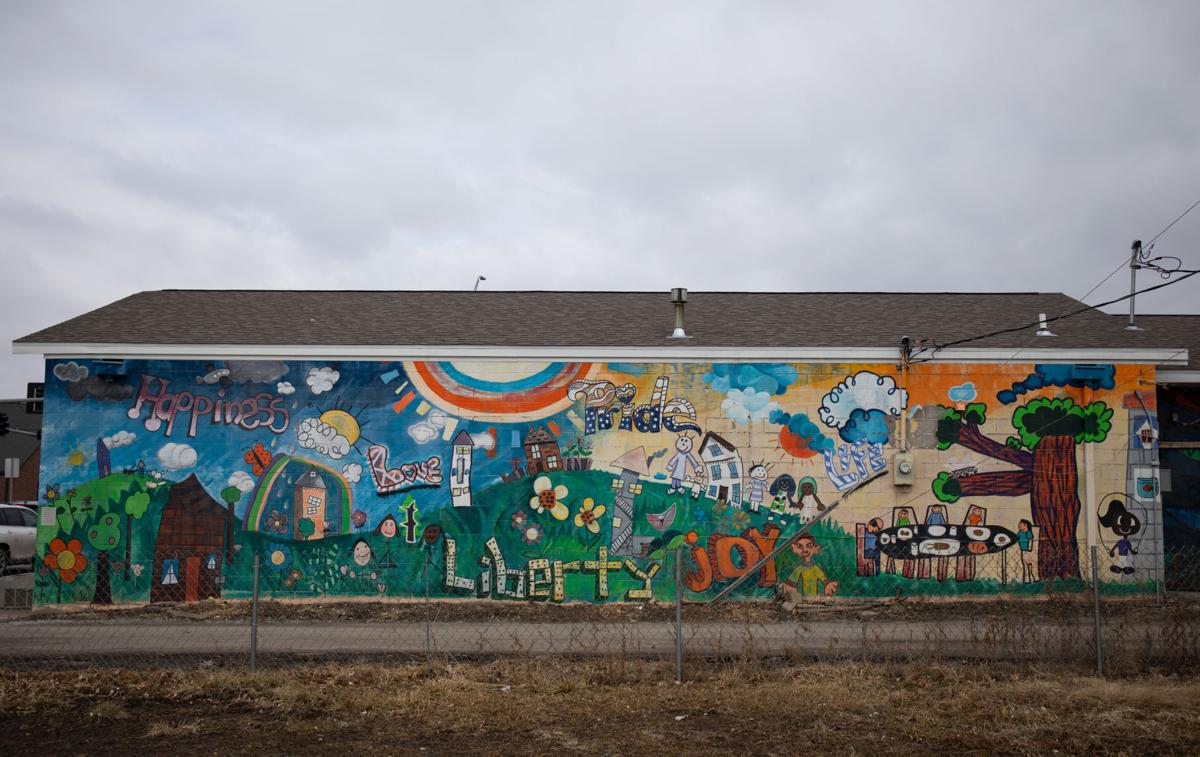 The mural on a building along N 27th and Holdrege streets on Sunday, Feb. 9, 2020, in Lincoln, Nebraska. 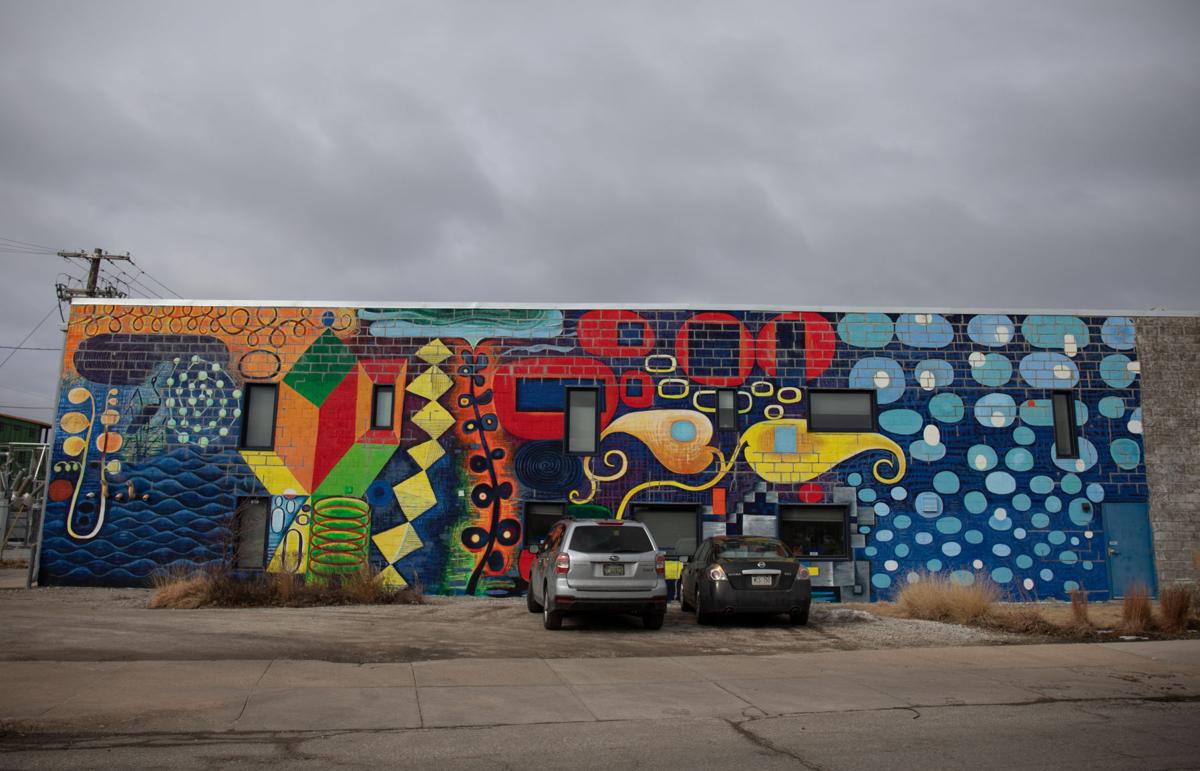 The mural outside Constellation Studios on O and S 21st streets, as pictured on Sunday, Feb. 9, 2020, in Lincoln, Nebraska. 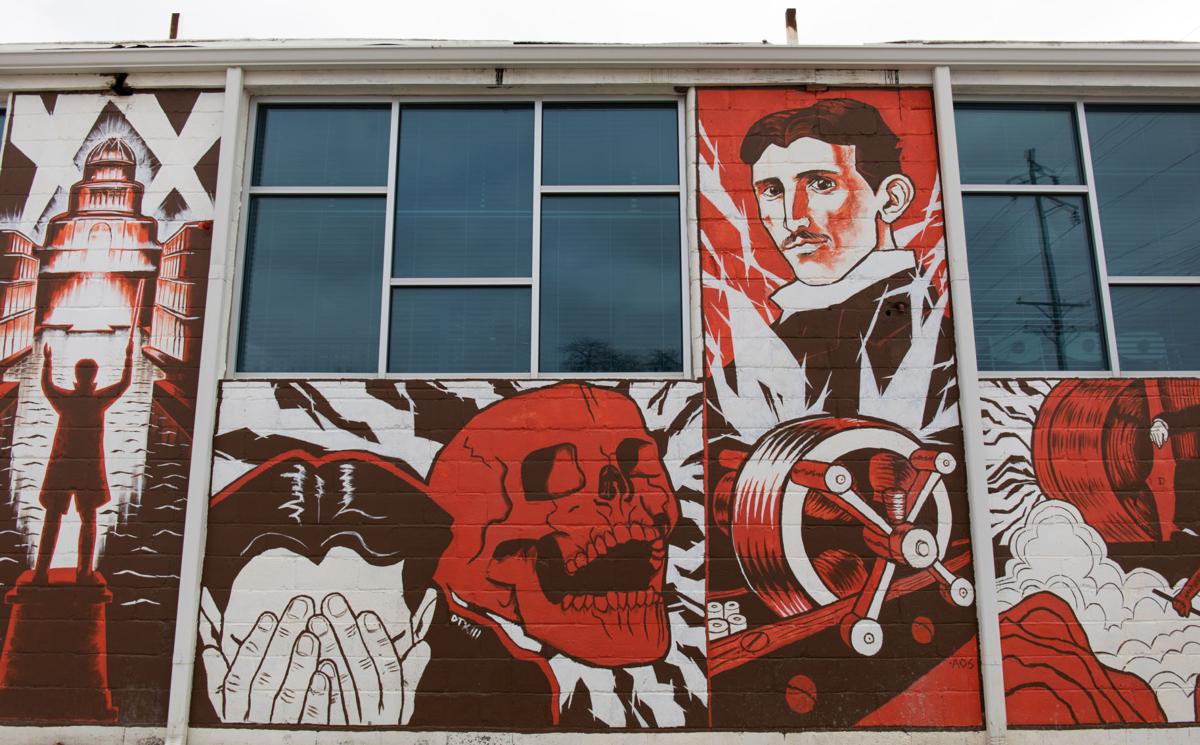 Lincoln is filled to the brim with hidden alleyways and secluded avenues that give way to some of the city’s most impressive works of art. On these brick walls and concrete slabs, local artists display their talents while inspiring citizens, often drawing influence from immigrants and children who call Lincoln their home.

While the pieces brighten up the city’s buildings as well as the faces of onlookers, it would be easy to pass by a street without noticing what masterpieces lie just around the corner. Here’s a list compiled to pay proper respect to the most noteworthy murals, some of which are hidden in plain sight.

This mural quite literally demands to be noticed. The realistic portraits of an Asian-American and Muslim woman watch passersby with a desperate plee next to their portraits. “Notice Me,” the letters on the wall say.

As part of artist Lori Pratico’s nationwide art project “Girl Noticed,” the mural is one of many across the U.S. that feature inspirational women who deserve greater recognition.

The piece challenges Lincoln residents to “love thy neighbor” in sepia-toned lettering underneath the portraits of two refugees in the community. The first woman is Thuy Nguyen, originally from Vietnam and owner of Little Saigon Plaza. Next to Nguyen’s picture is one of Haifaa Al-Saadi, who immigrated to the U.S. at 2 years old after her parents left Iraq. The artistry stands as a reminder to take time to appreciate minorities in one’s community while displaying the effortless brushstrokes and impressive shading techniques of Pratico.

A hodgepodge of happiness and creativity, the stuff of childhood imagination painted in every bright color imaginable, make this mural a cheerful comfort.

The art is neither technical nor complex. It looks like the proud work of a sticky-handed, fingerpaint-wielding kindergartener who marches to grab a magnet and hangs it up with pride, displaying the painting on the 27th and Holdredge fridge for all to see. Because of the mural, the whole street corner feels homey. The rainbows, butterflies and stick-figure children dance under a technicolored sun through a whimsical, fanciful neighborhood.

Crafted with the inspiration of drawings made by Clinton Elementary School students, artists Gail Erickson, Troy Hettenbaugh, and Leora Platte designed and painted the display. Gathering the youthful talent of local elementary-aged children serves as a powerful inspiration for residents to foster an optimistic, family-oriented city.

Is it the clever composition of this mural that makes it noteworthy? Maybe it’s the bold color palette? Perhaps for frequenters of The Telegraph Mill it’s a hopeful reminder they’re one left turn closer to their favorite coffee shop, which sits just south of the building.

Many aspects might make the wacky masterpiece stand out, but regardless of the reason, this piece is hard to overlook. The striking colors and abstract shapes draw one’s eye easily. It’s difficult to land on a concrete interpretation of the piece, if there is one, but Constellation Studios is a recognizable building because of the mural.

Artist Karen Kunc crafted the mural in 2004. Kunc is an abstract artist who creates pieces from a variety of mediums and is largely inspired by landscapes — embellishing their beauty with exaggerated hues and imaginative shapes.

Plastered on the side of Turbine Flats, a collaborative community of start-ups, is the largest existing mural of luminary inventor Nikola Tesla’s life.

In terracotta and rust-colored brush strokes, the mural showcases the stages of Tesla’s life, from the origins of his career to his ingenious revelations. Its snapshots are divided in sections, much like comic book frames. This hieroglyphic style of story-telling makes Tesla seem like the protagonist in an epic tale of innovative victory — perhaps similarly to the narrative start-up owners hope to write for themselves.

Tesla’s life was designed and painted by artist Amos Orion Sterns. The project was years in the making, but unveiled in 2013 for all to enjoy the legendary story of the great Nikola Tesla.

Puffy evergreens, gaping fish heads and grinning toasters line the alleyway outside Archival, Inc. in downtown Lincoln. The piece is a hidden cartoonland tucked behind The Creamery Building in the Haymarket.

The style of the mural looks like something out of a children’s TV show starring friendly, inanimate objects as main characters. The cuddly bunch bleeds into colors and shapes and bumps into the rough walls of the Burkholder Project building.

Cleverly simple yet striking, this piece was created by Portland-based artists John Stommel and Travis Czekalski of the collective Rather Severe. The group blessed Lincoln with a taste of eccentricity through their exceptional art skills and bright work.