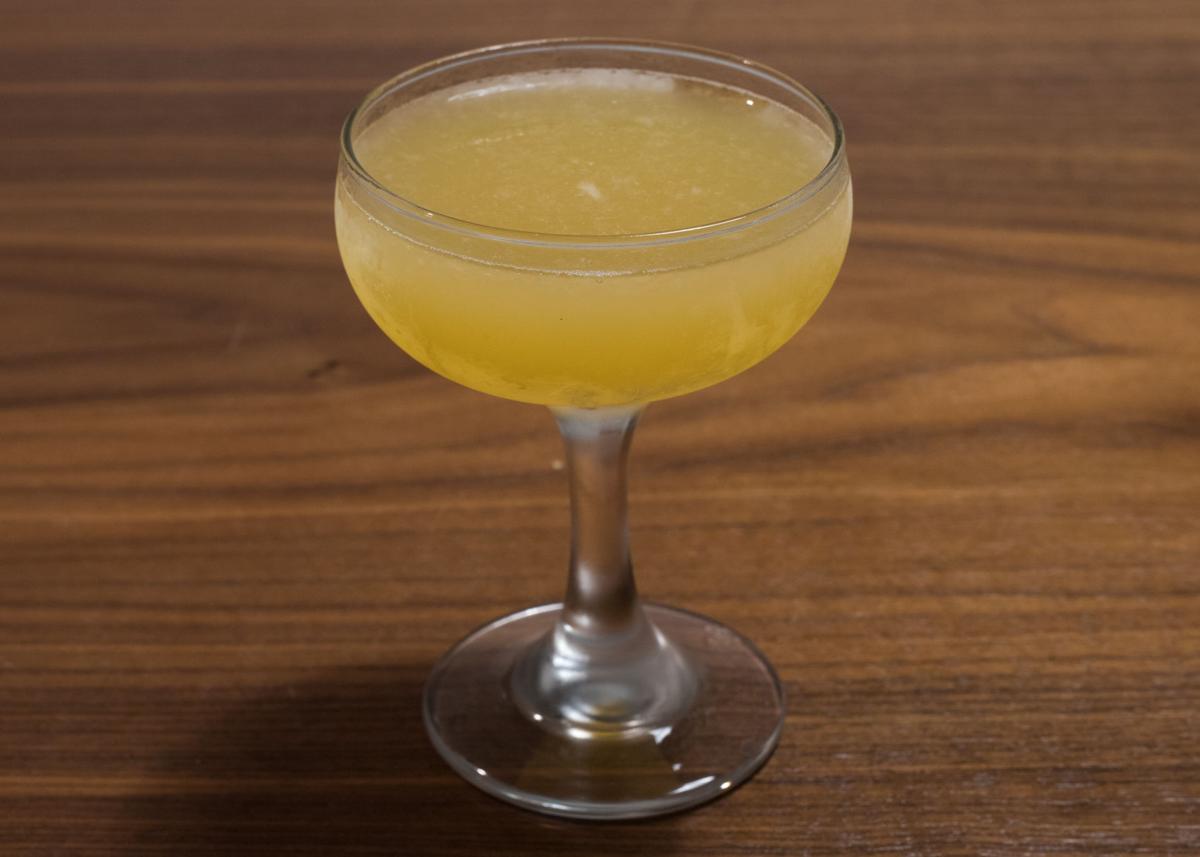 A Bronx cocktail served in a coupe glass. 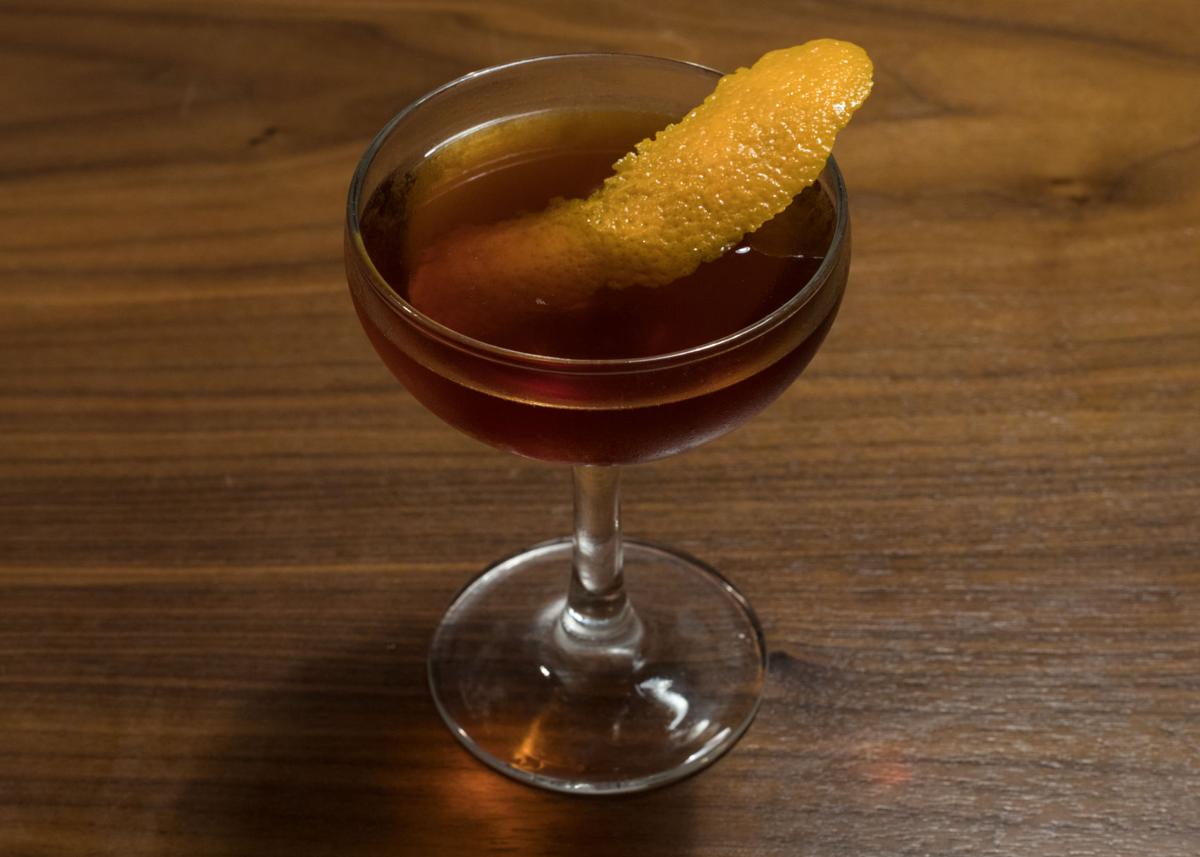 An el presidente served in a coupe cocktail. 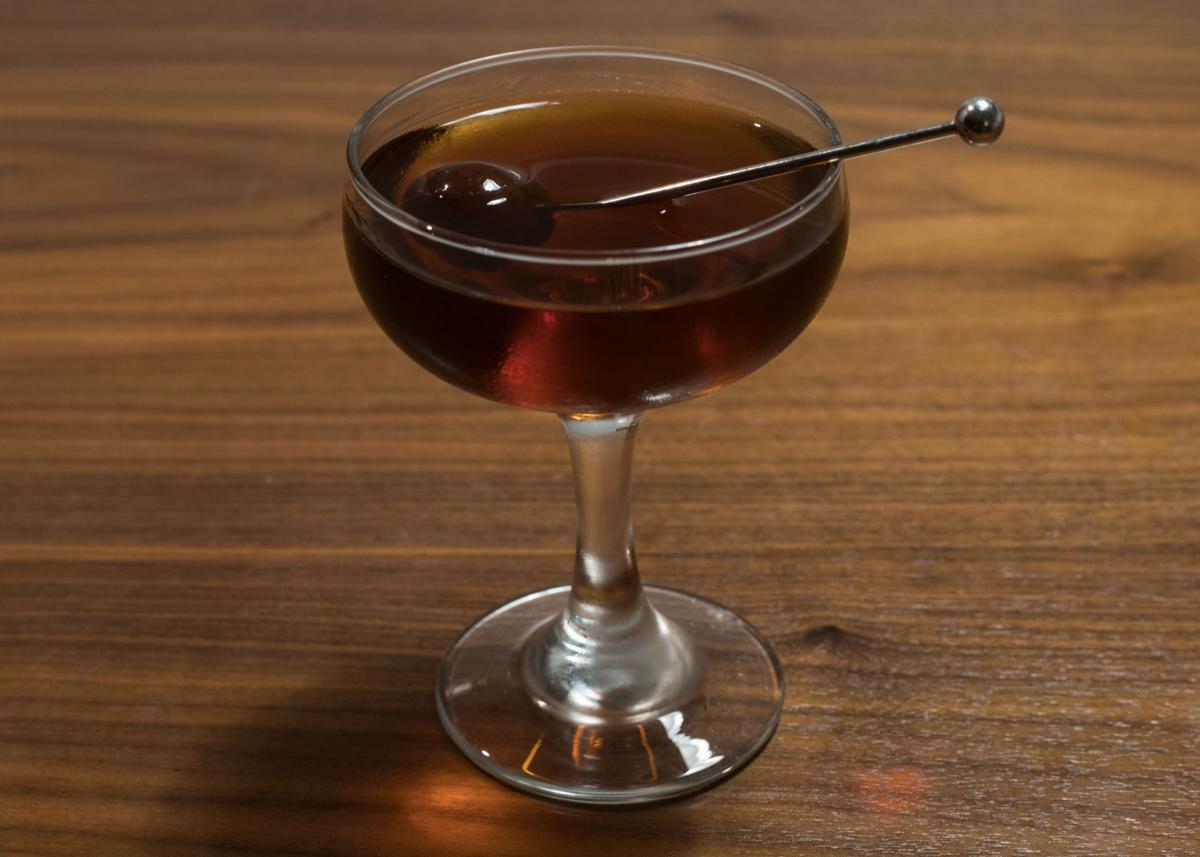 A Manhattan served in a coupe glass. 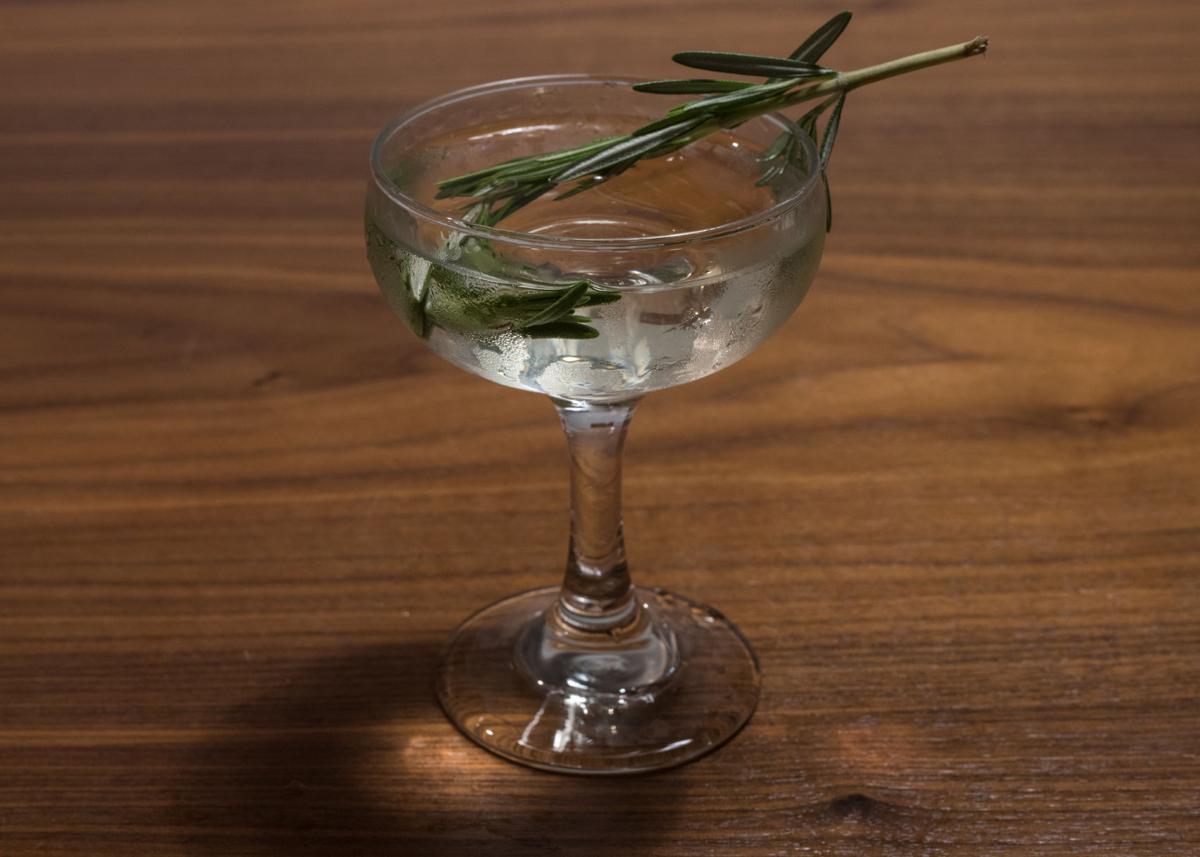 A martini served in a coupe glass. 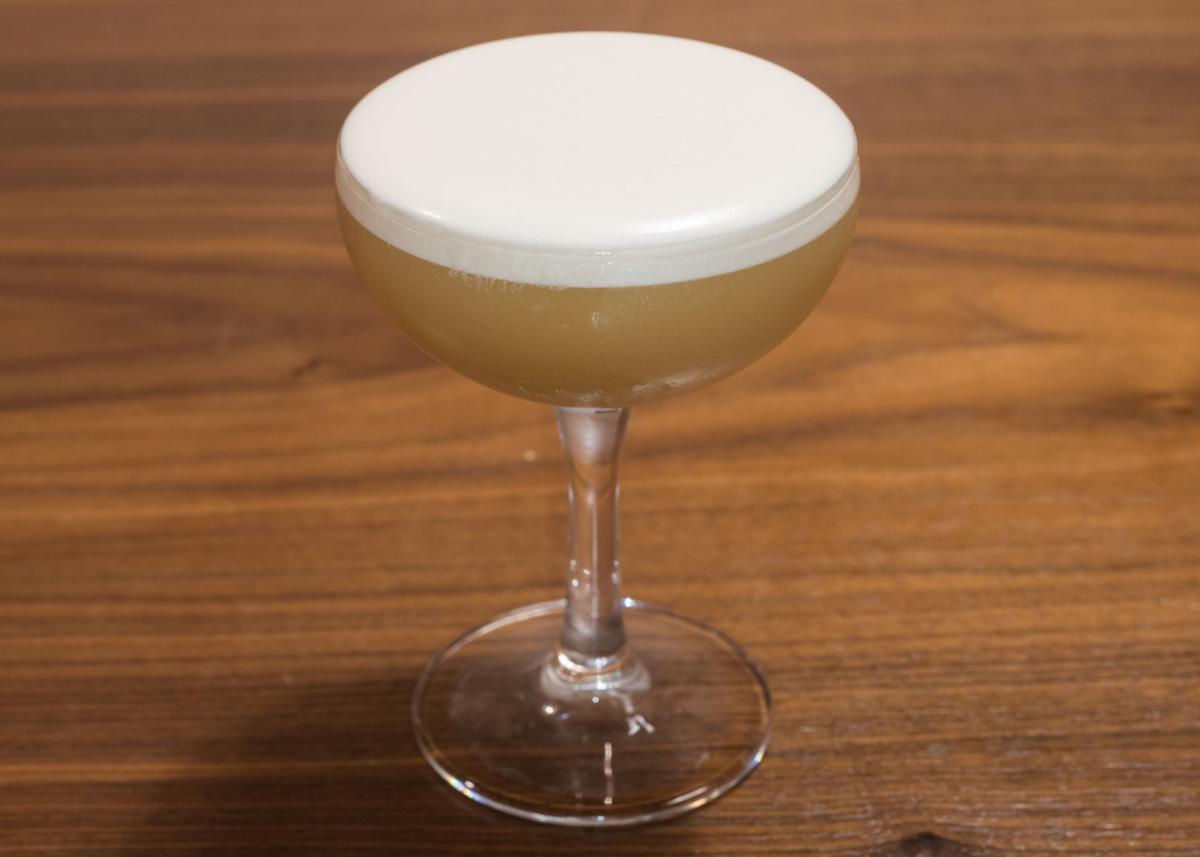 A million dollar served in a coupe glass. 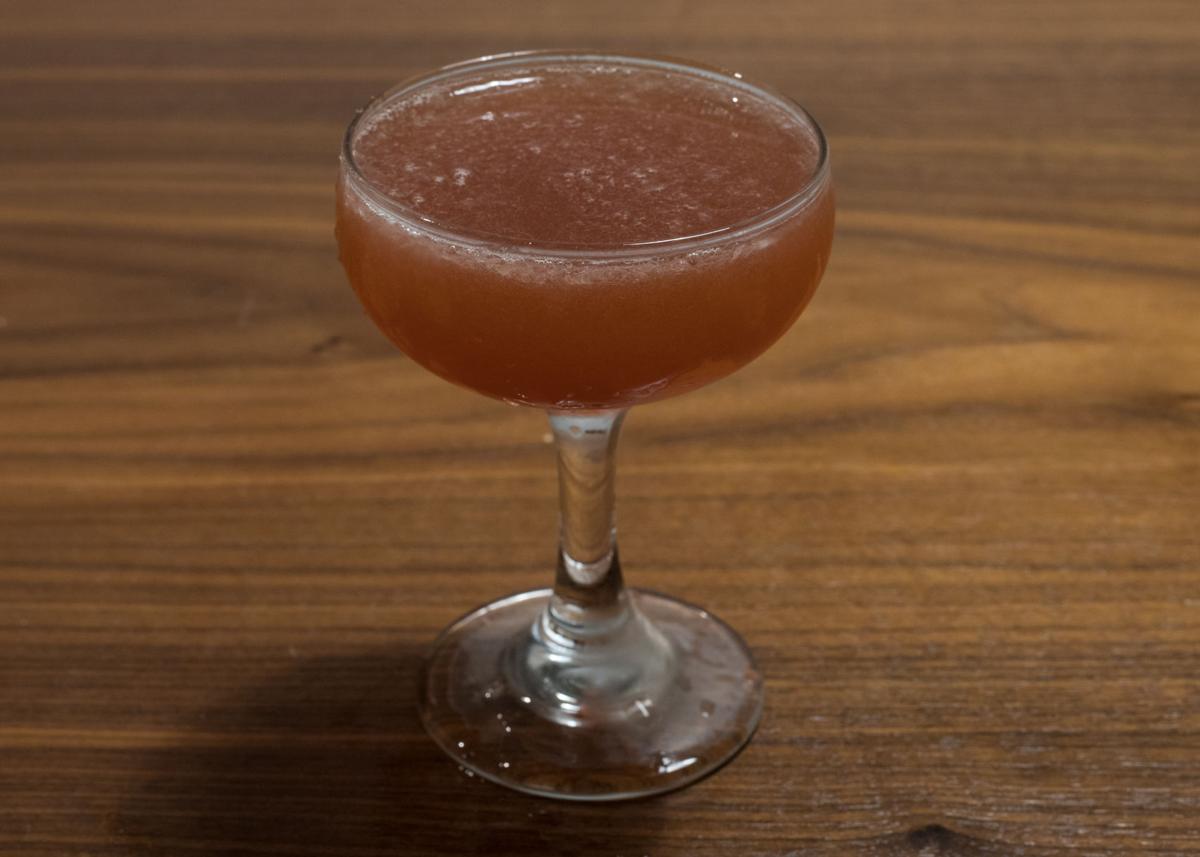 A scofflaw served in a coupe glass.

I recently turned 21 and have become interested in what goes into my drinks and how I can make them myself without breaking the bank. Last week, I wrote an article on sparkling wines. This week, I will be talking about vermouth. Check out my weekly columns to learn more about different spirits and drinks, and some of my favorites that you can try at home or at a bar.

Vermouth is a type of fortified wine that has been aromatized with herbs and spices and is produced mostly in France and Italy.

Vermouth is regularly consumed as an apéritif, meaning it’s drank before a meal, and it’s also a key ingredient in multiple classic cocktails, such as the martini and Manhattan.

Because vermouth is wine, it needs to be stored in a refrigerator once opened and will only last up to three months before it needs to be tossed out. Thus, it is better to start off with cheaper vermouths instead of committing to a more expensive bottle. However, some brands do provide 375 ml bottles instead of the standard 750 ml.

Here are some vermouth drinks you can try at home or at a bar.

I mentioned in my gin column that I would discuss the martini in a separate column, and here it is. A martini is traditionally made with just gin and vermouth, although countless variations exist. James Bond may prefer his martini “shaken, not stirred,” but a martini made with gin should be stirred to prevent the gin from ‘bruising,’ which causes the liquor to taste sharp or bitter. The ratio of gin to vermouth is also up to preference, with a dry martini having a higher gin-to-vermouth ratio compared to a wet martini. A martini is traditionally garnished with either an olive or lemon peel, but you can use whatever you want. The martini recipe here uses my favorite gin-to-vermouth ratio and is garnished with an herb.

Add all ingredients into an ice-filled mixing glass. Stir and strain into a coupe glass. Express a lemon peel onto the drink, discarding the peel after. Garnish with a sprig of rosemary.

The Manhattan is another classic drink with vermouth as one of the main ingredients. This cocktail can be created using either bourbon or rye, although rye would be more historically accurate. There is a debate on whether the drink was invented at the Manhattan Club in 1880, but the recipe for this drink has stayed pretty much the same throughout the decades.

Add all ingredients into an ice-filled mixing glass and stir. Strain into a coupe glass and garnish with a cocktail cherry.

Yes, there are cocktails named for all the boroughs of New York City. However, these two are the only ones I can put in this column, due to the expensive price of maraschino liqueur used in the Brooklyn and the lack of vermouth in the Staten Island Ferry. The Bronx and Queens are variants of the perfect martini. While most martini recipes use dry vermouth, a perfect martini uses equal parts dry and sweet vermouth. The difference between Bronx and Queens is that the Bronx uses orange juice while the Queens uses pineapple juice.

Add all ingredients to a shaker. Add ice and shake. Strain into a coupe glass.

Massachusetts banker Delcevare King hosted a competition in 1923 to create a word describing a lawless drinker, with the prize being $200 in gold. This word, “scofflaw,” ended up being used as the name of this interesting cocktail, which is basically a combination of a Manhattan and a whiskey sour. The color intensity of this cocktail depends on the grenadine that is used. You can make grenadine at home by combining two cups of pomegranate juice, two cups of sugar and four tablespoons of pomegranate in a saucepan, heating it up to a simmer before cooling it down and storing it in the refrigerator.

Add all ingredients into an ice-filled shaker. Shake and strain into a coupe glass.

This cocktail was created by Louis Eppinger, bar manager of The Grand Hotel at Yokohama, Japan. The cocktail was named as such because of the use of an egg, which was a luxury item during the late 19th century. Make sure to shake really well the first time, as this will help form a creamy froth that looks amazing and adds texture to the drink.

Add all ingredients to a shaker and shake well. Add ice and shake once more before straining it into a coupe glass.

This cocktail, named after former Cuban President Mario García Menocal, was a popular drink in Cuba during the Prohibition. The end of Prohibition led to this drink being brought to America, and it became one of the most popular cocktails of its time. While this drink is traditionally made with light rum, I like using dark rum instead, as it adds a caramel-like aftertaste and more depth to the drink.

Add all ingredients into an ice-filled mixing glass and stir. Strain into a coupe glass and garnish with an orange twist.

Vermouth is a component of many classic cocktails. Due to the perishability of vermouth, I suggest you try drinks with vermouth at the bars before deciding to commit to a bottle. However, it is worth dipping your toes into this amazing variation of fortified wine.